Poland seeks allies against Fit for 55 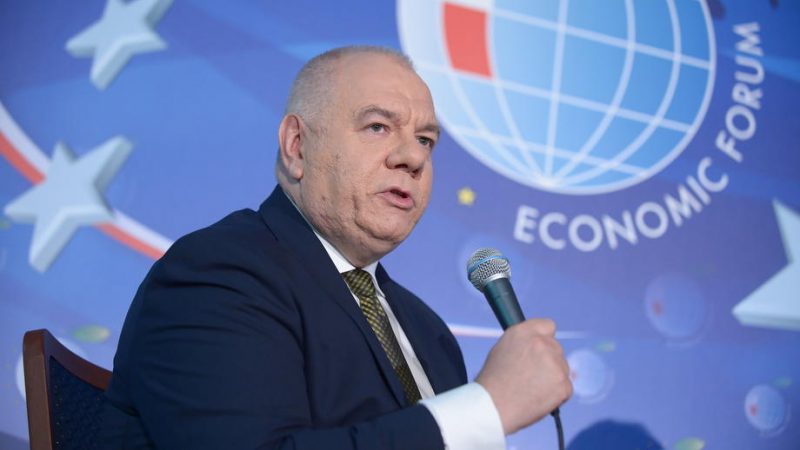 “We will do everything we can to prevent the Fit for 55 packages from entering into force,” Polish Deputy Prime Minister, Jacek Sasin said. [EPA-EFE/Marcin Obara]

Warsaw wants to build ‘a coalition of countries within the EU that object to the Fit for 55 climate package, which the government says will severely affect less affluent EU citizens.

“We are now building a coalition of countries that opposed some of the solutions [within Fit for 55] as they shift the burden of the energy transformation to less affluent people,” government spokesman Piotr Müller told public TV broadcaster TVP Info on Tuesday.

The principal element of the new package that Poland objects to is the reform of the emission trading system (ETS). Justice Minister Zbigniew Ziobro submitted to the government-controlled Constitutional Tribunal a legal question concerning the constitutionality of the changes in the ETS system that Fit for 55 is supposed to introduce.

“I think the Tribunal’s ruling will again cause a toothache of some people in the European Commission,” said Müller. “The Commission does not recognise such rulings. We have already had such situations, with the judicial reforms, for instance,” he added.

In his view, under Fit for 55, the “top of the class” countries should reduce emissions in such a way that the European Union achieves its climate goal. “Let Germany reduce (its emissions) to zero in 2030,” he said.

Another bone of contention is the target of increasing the percentage of renewables to 1.1% n the heating sector by 2030 – the goal Poland says is too ambitious. The country has managed to win full or partial support from Bulgaria, Czech Republic, Cyprus, Denmark, Estonia, Finland, Greece, Hungary, Latvia, Portugal, Slovakia, Spain, and Sweden, informs economic news website Biznes Alert.

Deputy Prime Minister and State Assets Minister Jacek Sasin said on Wednesday in parliament that Poland would “take all steps in Brussels and Poland to protect Poles against the effects of the wrong policy served by the European Commission”.

“We will do everything we can to prevent the Fit for 55 packages from entering into force,” he said. (Aleksandra Krzysztoszek | EURACTIV.pl)