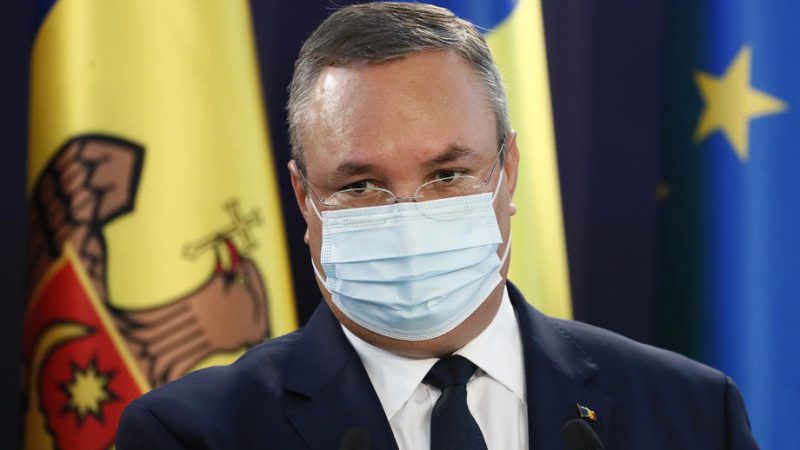 Prime Minister Nicolae Ciuca allegedly copied almost a third of his PhD thesis, according to an investigation published Tuesday by Press One. The prime minister denies the plagiarism accusation, saying the work was completed according to the ”legal requirement at the time”.

The discussion surrounding the work that made Nicolae Ciuca a doctor in military science back in 2003 is just the latest high profile plagiarism case to grip the political class in Romania.

Top politicians in Romania have been increasingly keen to gain a doctorate degree, most of them in military science or at security-related universities, with some studying at two doctoral schools simultaneously.

Dozens of theses were found to be plagiarised, sometimes almost in their entirety, by journalists, and a number of doctorates have been rescinded. But many times, the process is delayed by murky legal battles.

The doctoral title of Nicolae Ciuca has been under scrutiny for some time, as his PhD thesis could not be found by journalists, while most of his doctoral studies would have had to have taken place while he was serving as a military officer in Afghanistan.

But the PressOne investigation showed that at least 42 of the total 138 pages include plagiarised information. Some of the material was copied from two other doctoral theses from the same Defence University where the prime minister completed his doctoral studies.

Ciuca has denied any wrongdoing in completing his PhD thesis and asked the Ethics Committee of his former school to analyse the work, which is about the involvement of the Romanian military in multinational operations.

The prime minister mentioned that his thesis is based on his personal experience while serving as an officer in various UN and NATO missions, including Western Balkan and Afghanistan operations. The National Defence University announced it had started checking Ciuca’s thesis.

Meanwhile, PNL, the centre-right party that designated Ciuca to be defence minister in the previous governments and prime minister as of November, is standing strongly behind him. Ciuca only needed two minutes to convince his colleagues that his thesis is legitimate work, according to a spokesman of the party, who added that no one in the party asked for the prime minister’s resignation.

President Klaus Iohannis, who has backed Ciuca throughout his political career, issued a statement saying that Ciuca’s decision to request the analysis of his thesis was “correct and necessary.” Iohannis, a professor himself before becoming the mayor of Sibiu and then propelled to the country president’s chair, reiterated his position against plagiarism and underlined the importance of academic integrity.