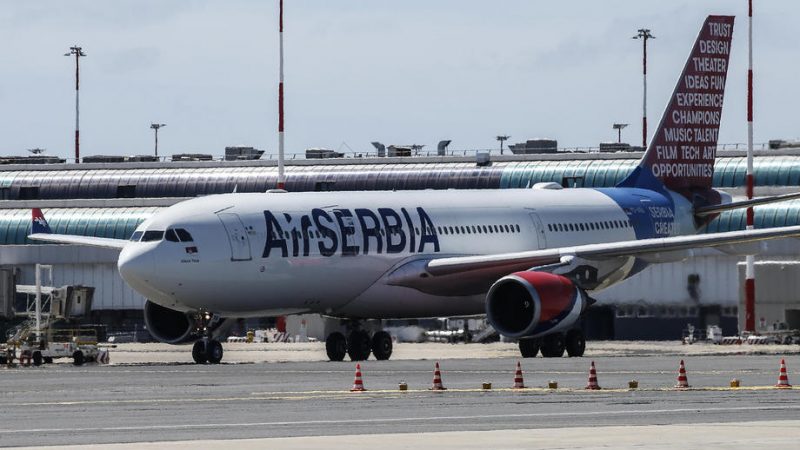 The government granted a second capital boost for national flag carrier Air Serbia, raising the state’s share in the airline to 83.58%, a statement published Thursday reads.

An additional 1.8 million new shares owned by the state were registered by the Central Securities Register, the N1 website has reported. This lowers the UAE Etihad Airways’ stake to 16.42%.

Air Serbia’s losses in 2020 were caused by the pandemic and equalled slightly over five billion Serbian Dinars (RSD), followed by two billion in 2021.

However, Etihad, a minority partner in the Etihad company, announced it was not withdrawing but said it would reduce its share in the recapitalisation process due to business disruptions caused by the pandemic.

The company recalled that since March 2020, the global aviation industry had been affected by the “biggest crisis in its history” due to the COVID-19 pandemic, with consequences of the crisis still being experienced today.

“In accordance with the legislation, most European states have provided assistance to companies participating in air traffic in various ways,” the company said.

“When it comes to Air Serbia, in December 2020, recapitalisation was carried out increasing the company’s share capital, which was a measure of eliminating disruptions in operations during 2020, caused by the pandemic,” the company said in response to information that the procedure of its complete transition to state ownership was underway.