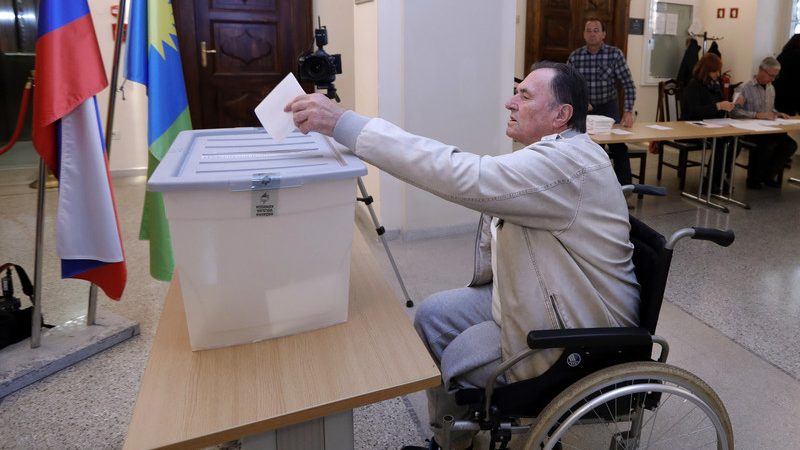 Slovenia’s presidential election is shaping up to be a three-way race after the late entry of a Socialist EU lawmaker ahead of the 23 October vote, which will feature eight candidates.

The vote is fairly open, with most of the media and polls spotlight so far on Nataša Pirc Musar, whose career has spanned from news anchor to information commissioner and high-profile lawyer, and Anže Logar, foreign minister in the 2020-2022 government and seen by some as a potential successor to Janez Janša at the helm of the Democrats (SDS).

The pair have been neck-and-neck in polls at between 20% and 30%, but most of the surveys did not include Milan Brglez, the EU lawmaker. His candidacy was announced by the Social Democrats only two weeks ago and backed by the ruling Freedom Movement shortly after.

The Freedom Movement had their own candidate, who surprisingly backed out citing personal reasons, while the Social Democrats initially decided not to enter the race at all before changing tack.

In a potential run-off, both Pirc Musar and Brglez would defeat Logar, though Brglez’s margin is considerably slimmer.

Two more small parties have their own candidates. The Left is fielding the firebrand MP Miha Kordiš and the Christian democratic New Slovenia have picked Janez Cigler Kralj, a former labour minister. They are currently both polling in the low single digits.