KLM, Easyjet and Air France are among airlines to support NGOs in calling for stricter regulation around sustainable aviation fuel [Jaroslaw Wojcik / Pixabay]

In a statement released on Wednesday (13 January), the airlines recommended that EU policymakers support sustainable aviation fuels (SAFs) by prioritising e-fuels and those made from agriculture waste and forest residues.

The statement also includes a call to exclude biofuels produced on dedicated cropland to avoid any competition between biofuels and food crops.

“Because of COVID-19, sustainability is even more a key agenda item for airlines going forward,” said KLM CEO Pieter Elbers. “Scaling up the production of Sustainable Aviation Fuel (SAF) is a cornerstone in achieving our carbon reduction targets,” he said.

“Given that EU leaders have committed to achieving a net-zero-carbon economy by 2050,
there is a growing focus on how to accelerate the transition towards climate-neutral aviation,” say the signatories.

The Fuelling Flight Project, which released the statement, is a stakeholder group convened by the European Climate Foundation and the ClimateWorks Foundation which includes industry and civil society representatives.

They have come together to call for stricter EU policies on biofuels.

“Europe must ensure that future policies only promote the most sustainable fuels for reducing the climate impact of aviation, and the EU needs to avoid repeating the mistakes of the past,” said Pete Harrison, executive director for EU Policy at the European Climate Foundation.

Over the past decade, evidence has emerged that biofuel consumption in Europe was driving deforestation in places like Indonesia and Malaysia, displacing food crops and pushing up prices as a result.

In Europe, policymakers took note and decided to freeze so-called first generation biofuels like ethanol as part of the last revision of the EU’s renewable energy directive. A corresponding 3.5% target was set for so-called second generation biofuels coming from non-food crops, like wood residues.

The revised directive also imposed a phase out of palm oil in transport by 2030, and introduced stricter sustainability criteria for biofuels.

However, signatories to the Fuelling Flight Project say these are not sufficient to guarantee sustainability. “The current Renewable Energy Directive does not ensure that fuels used in Europe meet the sustainability standards desired by civil society nor of leading airlines,” Harrison said.

Later this year, the European Commission is due to unveil a new initiative, called ReFuelEU Aviation, to promote sustainable aviation fuels, alongside proposals to revise the renewable energy directive, which was last updated in 2018.

According to the Fuelling Flight Project, policies should only support fuels with high carbon reductions compared to fossil fuels – and ones which do not use dedicated cropland. This is vital to minimise the risk of investments in areas that may increase carbon emissions and become stranded assets in the near future, they argue.

“Europe needs to avoid repeating the mistakes of the past by ending support for crop-based biofuels and instead supporting new fuels, in particular e-fuels derived from additional renewable electricity,” said Andrew Murphy, aviation director at Transport & Environment, a green NGO.

Aviation accounts for just under 4% of the EU’s total CO2 emissions, so decarbonising the sector is key for Europe to meet its target of net zero carbon emissions by 2050.

SAFs currently only make up 0.05% of total jet fuel consumption and production must be significantly ramped up if they are to make a difference.

Creating more efficient flight paths and more aerodynamic planes can help reduce CO2 emissions, but without sustainable fuel, these will only bring incremental steps towards decarbonisation.

Hydrogen has been touted as a potential green alternative for flights, but production is still well below required capacity and over 90% is currently produced using fossil fuels, putting carbon savings into question.

Biofuels, on the other hand, offer drop-in alternative to kerosene but come from a variety of sources, which are not always sustainable.

ePURE, the association representing European renewable ethanol producers, condemned the statement from the Fuelling Flight Project, saying it “unfairly tarnishes biofuel use in the EU as having high sustainability risks”.

“In the case of EU renewable ethanol, the certified greenhouse gas savings compared to fossil petrol are significant: more than 72% on average in the case of ePURE members’ production, and have demonstrated low ILUC risks,” Desplechin told EURACTIV.

Instead of phasing out all crop-based biofuels, Desplechin said Europe should aim to get rid of those biofuels that drive deforestation, like palm oil, and support locally-produced biofuels like ethanol, which he said are produced sustainably and do not conflict with food crops.

“It’s one thing for future criteria to rule out high-ILUC-risk biofuels made from palm oil or derivatives, but the EU should not throw out the baby with the bath water by restricting all crop-based biofuels,” Desplechin said. 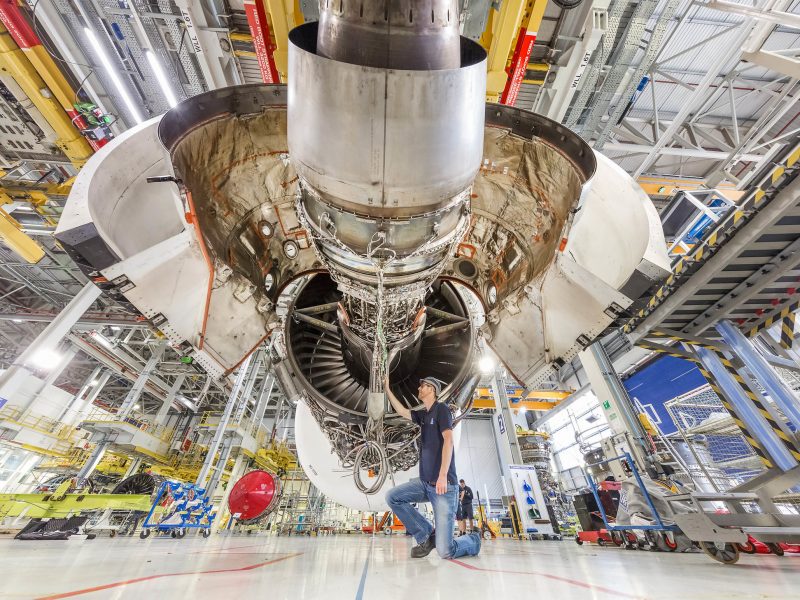