Airbus aircraft are currently certified to fly with up to 50% SAF, but the company is hoping that flights entirely powered by sustainable aviation fuels will be possible within three years. [EPA/CAROLINE BLUMBERG]

Penalties in case of non-compliance are also being considered, the same sources indicate.

In addition, a sub-mandate for e-fuels – such as hydrogen produced from electrolysis – is also under discussion, potentially starting at 0.7% in 2030 and increasing to 25% by 2050.

Sustainable aviation fuels, created from advanced biofuels and renewable electro-fuels, can be blended with kerosene without changes to aircraft engines, making it an attractive means of decarbonisation for the airline industry as low-carbon jet technology such as e-planes and hydrogen-power come to maturity.

The European Commission is hoping that the legislation will increase the supply of SAFs and lower prices, making it commercially viable for airlines already struggling with the pandemic-driven downturn.

“The production cost of SAF is currently at least twice as high as that of conventional jet fuel,” the European Commission says in a document outlining its intentions. “A key objective of the initiative is therefore to support the commercial development and rollout of innovative SAF at an early stage, to ensure their large-scale availability at low costs,” it adds.

To achieve this, the Commission cites a “SAF blending mandate” at the top of the list of policy options available, saying it would “provide investors with the necessary confidence to invest in the production of sustainable aviation fuels and for airlines to pursue an efficient fuels policy”.

To prevent discrepancies emerging between EU member states, ReFuelEU is expected to take the form of a regulation, which will be immediately applicable across all EU countries, without the need for national implementing rules.

As to what constitutes a SAF, it is understood that e-fuels made from green electricity will qualify, but questions remain as to what kind of biofuels will be acceptable.

A particular question mark hovers over the status of crop-based biofuels. Environmental campaigners have called for them to be excluded from the SAF designation.

“Sustainable fuels must actually work for the environment too, which is why we need targets for synthetic fuels, stricter criteria for second-generation biofuels, and no crop-based fuels,” said William Todts, executive director at green NGO Transport and Environment (T&E).

Emmanuel Desplechin, secretary general of ePURE, a European renewable ethanol association, defended the use of crop-based biofuels for aviation. In comments made in January, he touted ethanol’s lower emissions compared to fossil fuels, warning that “the EU should not throw out the baby with the bath water by restricting all crop-based biofuels”.

“A precondition for the availability of sufficient SAF volumes is a reliable policy framework that creates a stable investment climate,” Gaupmann added.

While broadly welcoming of the move to SAFs, A4E, the industry body representing major European airlines, warned that the imposition of overly ambitious SAF mandates could harm the integrity of the measure.

“SAF blending mandates implemented prematurely would lead to higher prices due to limited availability of SAFs and could stimulate a ‘race to the bottom’ and lower sustainability standards as users seek to fulfil their obligations under such a mandate. For this reason, we have been adamant in saying that the market needs to reach a stage of maturity before any mandate kicks in,” an A4E spokesperson told EURACTIV.

“SAFs currently account for less than 0.1% of aviation fuel consumption. Even a move towards 1-2% by 2025 in Europe represents a huge challenge,” the spokesperson added.

A4E is calling for governments to provide access to finance, loans, and grants to help scale up SAF production, arguing that such support would put higher SAF targets “within reach”.

The International Air Transport Association (IATA) called the regulation of SAFs a “crucial tool” to help the industry cut emissions, saying greater roll-out of SAF could help airlines to cut emissions “by up to 80%”.

“We hope that the Commission will take on board the points the industry is making, including the need to keep the scheme intra-EU only, the vital importance of robust sustainability criteria for the fuel source, and adequate time for the industry to prepare,” a spokesperson for IATA told EURACTIV.

“Well designed policy support, including a coherent incentive strategy for SAF production in line with the needed amounts of SAF for such a blending mandate will be a crucial ingredient for this achievement,” the spokesperson added.

The European Business Aviation Association (EBAA), the lobby group representing operators of business aircraft in Europe, pushed for a blending mandate that would ramp up over time.

“With caution, Business aviation supports the notion of mandates as long as they are introduced with the right considerations across the entire aviation and fuel producer value chain. The right type of mandate could provide the SAF marketplace with certainty, confidence and stability,” said Athar Husain Khan, EBAA secretary general, in an email statement to EURACTIV.

Airbus, the world’s largest aircraft manufacturer, said its aircraft are currently certified to fly with up to 50% SAF, but the company is hoping that entirely SAF-powered flights will be possible within three years.

“While certification of 100% SAF will be a major achievement, the bigger challenge will be producing sufficient volumes of SAF at affordable prices,” the company said in a statement to EURACTIV.

“We do believe that the blending mandate should be ambitious while adequately addressing the increased costs and ensuring a level playing field for all industry stakeholders. The European momentum around the adoption of a SAF mandate must therefore be used to advocate for a similar approach at international level,” an Airbus spokesperson said.

“SAFs will deliver a climate neutral aviation sector, and by using existing infrastructures, will reduce the cost compared to the option of a complete technology switch,” Alain Mathuren, communication director of FuelsEurope, told EURACTIV.

The draft regulation is expected to be published in early April at the latest.

A similar draft regulation to reduce emissions in the maritime sector – the ReFuelEU Maritime proposal – is also expected to be published next month. 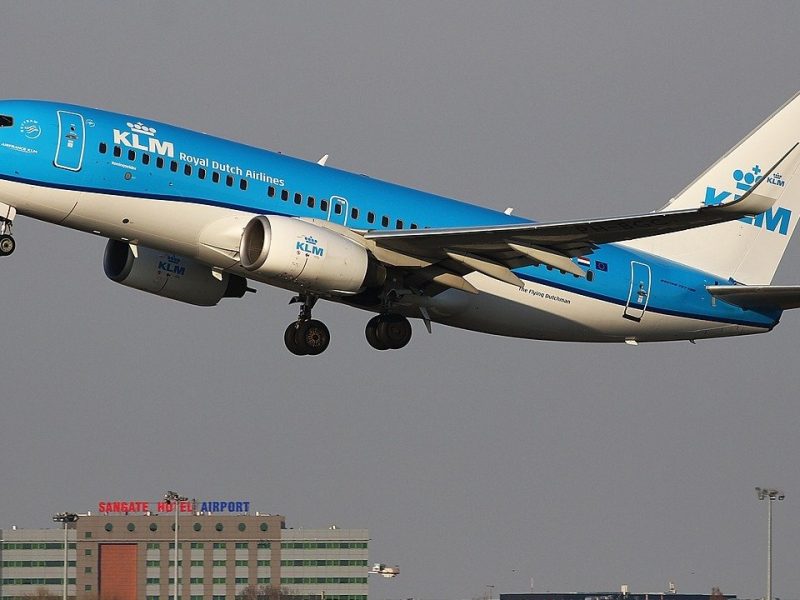