Synthetic fuels can bolster energy security in the Baltic region

By Christophe Nave and Lukas Trakimavičius 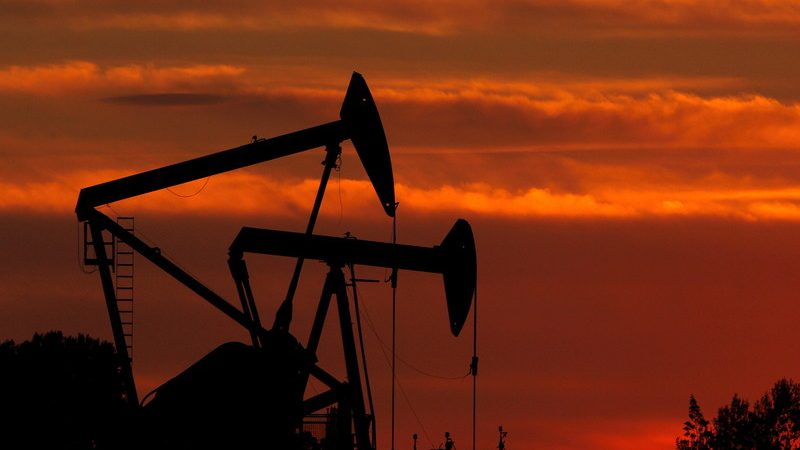 Despite coming a long way in becoming more energy independent, the Baltics still heavily rely on imported crude oil for their military and civil fuel demand. This could prove to be a challenge in the event of a regional crisis as seaborne oil shipments might face disruptions, argues Lukas Trakimavičius and Christophe Nave.

Lukas Trakimavičius works at the Research and Lessons Learned Division of the NATO Energy Security Centre of Excellence. He previously worked at NATO and the Lithuanian Ministry of Foreign Affairs.

LTC Christophe Nave is the Deputy Director of the NATO Energy Security Centre of Excellence. He is part of the French Defence forces in the Joint Operational Energy Service.

The views expressed in this article are those of the authors and are contributed in a purely personal capacity.

Lithuania is home to the only oil refinery in the Baltic region, Orlen Lietuva, which receives its supplies via the maritime Būtingė terminal. The refinery is the main provider of liquid fuels such as gasoline or diesel in Lithuania, Latvia and Estonia. Nearly 80 per cent of its crude oil supply comes from Russia.

Most importantly, Orlen Lietuva is also a significant producer of jet fuel, which, in several variations, is used by civilians and militaries (for air and ground vehicles) alike.

Therefore, it is not far-fetched to assume that in the event of a potential political crisis in the Baltic Sea region, the Būtingė terminal could be cut off from the global oil market, and Orlen Lietuva might face supply disruptions. By extension, this could negatively affect the operational capabilities of the Baltic militaries, as, over time, they might face jet and other fuel shortages.

Granted, all three countries have sizeable fuel storage facilities, which could be activated in the event of a crisis. However, these facilities might be quickly drained if the Baltics would also have to accommodate large NATO reinforcements, or the political crisis would prove to be a particularly long one.

One way how this vulnerability could be addressed is through the expansion of NATO’s Central Europe Pipeline System — a large, roughly 5,000 kilometres long jet fuel pipeline — to the Eastern Flank countries.

Alternatively, the Baltics could try to innovate their way out of this energy security dilemma by embracing synthetic fuel production using local renewable resources of energy.

The term synthetic fuel refers to liquid fuels obtained from blending hydrogen produced by electrolysis with carbon-containing gases. One of the most promising ways of creating this fuel is via the Power-to-Liquid (PtL) process, which involves three main steps.

First, electricity, ideally from renewables such as wind, solar or hydro, is converted into hydrogen via electrolysis. Second, concentrated CO2 is obtained either from factories (cement, steel, etc.) or from direct air CO2 capture machines. Finally, the resulting synthetic gases are purified and fed into a Fischer–Tropsch reactor, which completes the PtL cycle by producing a liquid fuel that meets international standards.

In fact, international standardization bodies like the American Society for Testing and Materials (ASTM) have already approved jet fuels made of synthetic-conventional fuel blends with a 50:50 ratio. From a technical perspective, blends with a greater ratio of synthetic fuel are also possible.

The Baltics might be well equipped to harness synthetic fuels as all three countries have major renewable energy plans for the future.

Lithuania, for instance, plans to have at least 700 megawatts of offshore wind farms in operation by 2030, whereas Latvia and Estonia are eying similar projects in the Gulf of Riga and near the island of Saaremaa. And these are but a few examples of some of the future renewable energy projects that could help produce green hydrogen.

While PtL fuel production is still at a relatively early stage of development, it holds important advantages over fossil-based fuels.

For starters, PtL fuel is an ideal source of energy for countries with little or no fossil fuel deposits as its production requires no crude oil as a base material. Also, this fuel is almost carbon neutral from ‘well-to-wheel, as long as green hydrogen made of renewable electricity and carbon from the atmosphere is used for its production.

Moreover, PtL fuel — unlike most other carbon-neutral sources of energy (think batteries, hydrogen cells) — can be used in most combustion engines with minimal to no adjustments, allowing to extend the lifecycles of military equipment by a considerable margin. This is particularly important as it’s very unlikely that electricity or hydrogen-powered tanks, or military airplanes would be deployed anytime soon, if at all.

Considering these advantages, it’s rather unsurprising that countries like Germany have already started research and development work on PtL technology. In fact, the Bundeswehr hopes that PtL fuel would eventually become one of the main instruments in decarbonizing the military as the country inches towards carbon neutrality by 2045.

On top of that, companies like Airbus and Lufthansa, just to name a few, are also looking at this source of power as a solution to cutting down the carbon footprint of the aviation industry.

Granted, there are still major problems associated with PtL fuel. The necessary hydrogen production and CO2 capture technologies are not yet in a mature state. And, most crucially, this fuel is currently much more expensive (at least 5-6 times, according to some estimates) than regular fossil-based fuels.

In the long run, even if PtL fuel could not completely replace conventional fuels in the Baltics (or anywhere else for that matter), by replacing a small share of the military’s fossil fuel intake with synthetic fuels, it would be possible to kill at least two birds with one stone. Synthetic fuel could not only strengthen energy security by diversifying sources of supply — which is very much in line with NATO’s baseline requirements — but also help make the military greener.