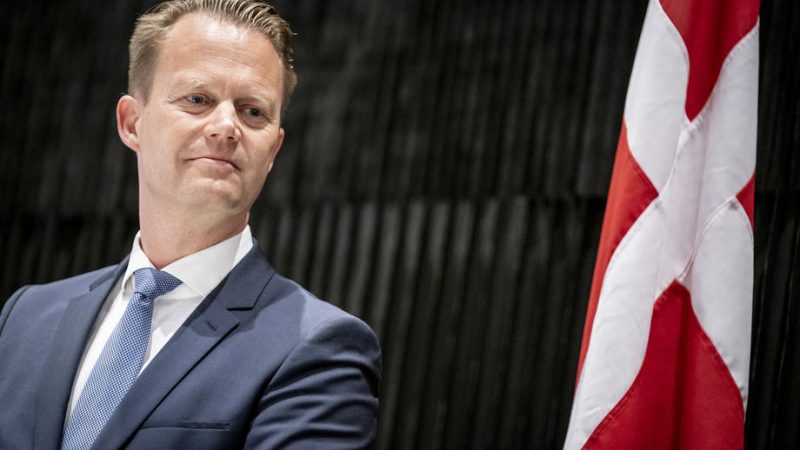 It must be the Arctic states that are in the driver’s seats to create resilience in the region, Danish foreign minister Jeppe Kofod told EURACTIV.

Kofod spoke to Global Europe reporter Alexandra Brzozowski on the sidelines of the Arctic Circle Assembly in Reykjavik, Iceland.

Are European Arctic states are on the same page when it comes to China and Russia? What needs to change in the approach to how we deal with their presence in the region?

It is important to keep the Arctic conflict-free and not to import geopolitical conflicts, because the Arctic has to be constructive and rule-based with respect to the people living there.

But it’s true that we see more human activities. Russia has reopened some of the bases that it has closed after the end of the Cold War on the northeastern flank. It’s true that they have primarily defensive capabilities, but they also have some defensive abilities and we have to counter that. Of course, we want always to continue to uphold these people and the rule of law-based cooperation.

With a strong EU becoming an observer in the Arctic Council and also with making EU programmes for sustainable development available in the Arctic, it is a way to strengthen the Arctic’s resilience over some of the geopolitical tensions that are there. It must be the Arctic states that are in the driver’s seats.

EU member states like Germany and France are already in to be Arctic players, are observers in Arctic Council. The EU is currently not, and do you think this should change in the short term?

Eventually, of course, the process for applying for observer status is under the condition the eight Arctic states agree.

Despite the fact whether they have servers or not, the fact that EU is supporting very much the objectives of peaceful cooperation in the Arctic, focusing on low tension with respect of rule of law, dealing with climate change, and the destruction of climate and environment, and changing living conditions, and making EU programmes available for people living there, is the right approach.

We shouldn’t be naive about the geopolitical situation in the world, but we should understand how we create resilience and support the people of the 4 million people living in the Arctic.

Do you think there is a misconception on the EU side about what the Arctic is?

The most important thing is that there is an architecture around the Arctic, with the Arctic Council at its core, there are principles that are working well. For example, between the five Arctic coastal states and there we also resolve issues peacefully with respect to international law, and I think it’s very important to continue with that.

It is very important to continue that path and if the EU by its engagement can reinforce this, that would be important.

People living in the Arctic want to see that the rest of the world take action on climate change. Because they’re feeling the huge impact on their lives, the life they have lived for centuries is now jeopardised by lack of action.

These things are the things where we have to play a supportive role on.

We also welcome that the European Commission will eventually open an office in Nuuk and thereby getting even closer to understanding also the priorities of people within the Arctic.