The EU must re-think its Arctic relationship with Russia 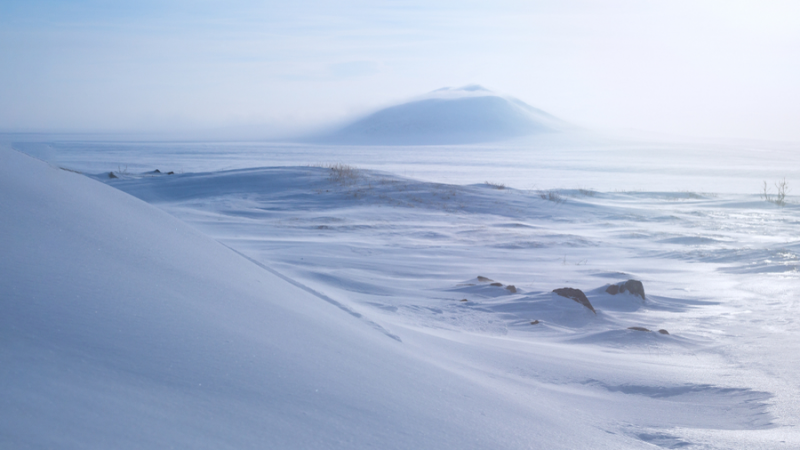 One of those fast-evolving strategic environments is the Arctic region, a part of the world that has also been of interest to the EU for the past fifteen years. Photo: Andrei Stepanov, Shutterstock

The 24 February was a turning point in European history. But while we are currently focused on the immediate consequences of the Russian aggression in Ukraine, it is also pivotal to pay attention to other regional theatres of exchange between Russia and the West, write Andreas Raspotnik and Andreas Østhagen.

One of those fast-evolving strategic environments is the Arctic region, a part of the world that has also been of interest to the EU for the past fifteen years.

Today, the Arctic is often – falsely – viewed as a coherent region in security terms; namely, that increased ice melt, the ‘opening up’ of the region, regional cooperation efforts, or even the unique, global alignment of many regional interests are the main drivers of security dynamics in the North. The security trajectory of the Arctic is not only driven by regional relations and events happening in the Arctic but primarily affected by the strategic interactions between the world’s superpowers – the Arctic and non-Arctic – elsewhere.

With the EU and its member states preparing for a historical turning point in their relationship with Russia, the time has come to finally also think strategically about how to deal with Russia in the Arctic. The EU does not only need to talk about Arctic security more generally, it essentially needs to take into account and deal with the Nordic countries’ security concerns regarding Russia more specifically. Eventually, the EU needs to become a veritable security provider in and for the Arctic region.

Need for a coherent EU security role up North

Over the past decade, the Arctic region has barely figured in any discussions concerning a strategic EU-European security outlook. The peaceful and stable Arctic of the 21st century might have provided too few incentives (or security problems related to Russia) to include the region in thorough analyses of matters of security and defence.

However, the Union’s latest update to its Arctic policy – the 2021 Joint Communication –took into account the Arctic’s changing geopolitical dynamics and the need to address them in light of shifting regional and global security considerations.

Generally said, any role for the EU in the Arctic is based on its geography (and the Union’s very division of labour): the presence of EU member states Denmark, Finland and Sweden and EU-rope’s links to Iceland and Norway through the European Economic Area agreement.

Yet, this link has never been utilised to set out a clear geopolitical Arctic strategy for the Union based on the security concerns of these countries. Thus, the EU has become irrelevant for one of the things that matters the most for the Nordic countries: how to manage their security relations with Russia.

The Russian military threat and related security concerns over the borders and in the North Atlantic and Baltic Sea have preoccupied the Nordic countries for over a decade. So far, the Nordic countries have also been reluctant in promoting a stronger security role for the EU in the north.

With the invasion of Ukraine in 2022, however, this reluctance will shift as the Nordic countries (and the EU as a consequence thereof) must not only deal with increasing militarisation driven by Russia but also a growing Chinese interest in the region and the related US excellent power competition that follows.

In isolation, a low level of tension in the Arctic is still in Russia’s interest. Increased military exercise activity and the building up of forces in the same area, on the other hand, do not contribute to this.

The tenser the situation between NATO and Russia becomes, the more this tension will also spread to the northern areas of Europe, a neighbourhood where it has already become increasingly hard for the Nordic states to fulfil Russia’s criteria for ‘good neighbourly relations’ in the realm of security policy.

The European Arctic is increasingly important as one of four theatres where EU-rope meets Russia (the others being the Baltic Sea, the Black Sea and obviously the Ukraine/Belarus region).

If the EU is going to become the geopolitically relevant security actor in Europe, then it must to remain relevant for its member states (and citizens) and ensure peace in Europe, attention to the military security concerns in the Arctic is crucial.

It is not sufficient to lean on NATO’s capacities and deterrence capabilities; even though not yet supported by some member states, the EU must have its own military and security clout (not discounting through close integration with NATO, especially if Finland and Sweden eventually decide to join the military alliance). In this way, the Arctic is no different than the other theatres mentioned: it is an arena where the EU needs to act, secure, invest, and partner – to quote the just approved Strategic Compass.

Arctic’s Strategic Future – with or without the EU?

Security and foreign relations with Russia will not return to pre-2022 levels, especially not 2014-levels. That also goes for the Arctic and the EU’s relationship with Russia in the north. Ever since its first Communication in 2008, the EU has been tiptoeing, almost neglecting Russia in its Arctic policy, referred by some as the ‘Arctic Exception’ in EU-Russia relations.

If the Union’s full engagement in Arctic matters is indeed a geopolitical necessity – as emphasised in the 2021 Joint Communication – it is time to think strategically about the Union’s future relationship with Russia in the Arctic.

As such, the EU needs to change its regional attitude towards Russia radically, be it with regard to energy dependence and the substantial amount of imported natural gas stemming from the Russian Arctic, or the mere recognition that Russia in the Arctic is a security threat for the EU. Based on this, the EU needs to find a way to address Arctic securitisation and new Russian Realpolitik properly.

Unfortunately, the just-approved Strategic Compass pays only little – rather superficial – attention to the Arctic, particularly if compared to other, even more distant, parts of this world. As such, the region has been furnished with all the relevant buzzwords– from climate change to geopolitical rivalries and commercial interests.

However, the Arctic was not an essential part of the Strategic Compass’ 2020 Threat Analysis – an effort to build a common strategic culture that contributes to the credibility of the EU as a strategic actor.

And at the same time, the main challenges the Compass highlights – Russian aggression and systemic rivalry with China – materialise specifically in the Arctic. Much of what makes the Arctic particularly relevant for the EU foreign and security policy is mentioned across the Compass.

Thus, even after the apparent Russian-focused rewrite of the document, one needs to ask oneself if, when seen from Brussels, the Arctic itself is nothing more than an abstract, hard to materialise geographical space for EU policymakers and Arctic security a similar vague theoretical concept.

If the EU really aims to become a geopolitical power in its own right, it also needs to understand better the security challenges of the circumpolar North (beyond the few knowledgeable units in the European Commission and the EEAS). It needs to assess on how EU leaders really feel about selectively engaging with Putin’s Russia in the Arctic.

24 February changed Europe’s security order overnight and might even lead to the geopolitical awakening of the EU. However, this would also mean strategically considering its Arctic relationship with Russia.