The presence of the EU’s Arctic future 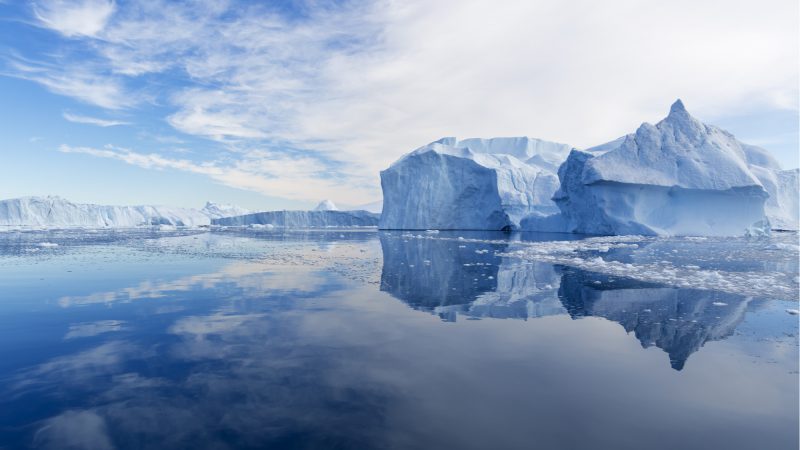 The circumpolar North is back on the EU’s agenda as the Commission and the External Action Service are currently preparing an update to the EU’s Arctic policy, writes Andreas Raspotnik. [Shutterstock/Denis Burdin]

The circumpolar North is back on the EU’s agenda as the Commission and the External Action Service are currently preparing an update to the EU’s Arctic policy, writes Andreas Raspotnik.

It takes no great powers of prophecy to know that a new Joint Communication – to be expected this autumn – will remind the international audience of the EU’s Arctic objectives and competences. Yet it will not resolve the major problems that come with the overall objective of establishing an integrated and comprehensive Arctic policy for the EU.

The policy will remain a composite one and have a dual nature; always both domestic and foreign policies, not limited to a specific issue area but a cross-section of diverse departmental scopes (such as maritime affairs, climate change, energy, research or transportation) and falling under the same ‘geographic’ umbrella: the Arctic.

Furthermore, this geographical designation opens up a can of worms, as ‘the Arctic’ is always – and simultaneously – internal and external, cross-border and regional, circumpolar and global; a neighbourhood and a backyard.

Finally, to put the cherry on the cake, the Union’s Arctic policy is targeted at different audiences.

These include EU citizens living in both Arctic and non-Arctic Member States, critical experts from the associated European Economic Area states (Iceland and Norway) and Overseas Countries and Territories (Greenland), the general public from both well-disposed and more critical Arctic Ocean coastal states (Canada, United States and Russia) as well as the entire Arctic-interested world beyond.

Thus, while, internally, any so-called ‘EU Arctic policy’ is essentially a patchwork of various institutional interests, externally, the policy is perceived as coming from one singular cohesive actor only.

So far, so good. But so complicated.

For over a decade now, the EU has, rather successfully, presented itself as an Arctic actor. But what comes next?

The same old song might not be enough this time.

Instead of simply repeating why the EU is Arctic, both to a domestic and Arctic audience, and explaining how it effectively influences Arctic developments, research efforts or means of cooperation, policymakers need to take a step forward.

They need to find an Arctic language that moves away from ‘just’ portraying regional involvement and towards the semantics of action-oriented future efforts of what the EU can and should do.

Before even contemplating the future content of a new EU Arctic policy and the European ways of influencing Arctic development, policymakers need to reflect upon and engage with the feasibility of anticipatory regional action.

The point of departure is based on three key aspects: first, which futures are possible in the Arctic; second, which of these futures is plausible; third, how are these potential futures experienced today?

This might sound rather complex, but the idea is a simple one. A solution is always the process of solving a problem. Yet, not every proposed solution is ipso facto a solution – or even the correct solution – for a certain problem.

Thus, we need to find out more about the problems that lay ahead; we need to know more about the various potential possibilities that the Arctic holds for the EU and the kind of anticipatory action that is not only needed but also feasible for distinctively different regional future scenarios.

To use a current example, the EU needs to expand the language it uses for Arctic hard security without overstating the security aspect.

It needs to find a new way to properly address Arctic securitisation, and related (Russian) Realpolitik, that goes beyond proposed technical and regulatory solutions for Arctic/international problems.

Another example is that the EU needs to strike a proper semantic balance between the future-oriented ideas of the Union’s Green Deal and the current and near-future necessity of Arctic gas (and oil) for the Union’s energy mix.

Banning Arctic petroleum resources might not necessarily lead to enhanced environmental consciousness but, rather, only to new geographic means for import (and importers).

As such, the Green Deal will change the relationships between the EU and its neighbourhood with profound geopolitical but also Arctic consequences. Cleaner and greener energy builds on raw materials and rare-earth elements.

As demand for green technologies increases, so does Europe’s dependence on China; or its relationship with Greenland?

Similarly, EU policymakers need to honestly debate which issues are particularly Arctic-relevant and which ones should instead be tackled and referred to on a more global level?

While global climate change indeed has its most severe ramifications in the Arctic region, the core problem is not a regional but a global one.

Thus, using the Arctic as the poster child for climate change might do more harm than good for the region and regional development.

However, defining a new language also implies the articulation of what the EU cannot do.

While the Arctic is often correctly characterised as a region of opportunities, the regional futures also hold the potential of witnessing huge catastrophes – be it an Exxon Valdez-style oil spill or a Costa Concordia-type disaster.

While such incidents may create some backlash for the EU, its policymakers are in no position today to openly address the related regional shortcomings without being accused of overstepping their boundaries.

The same might also be the case when addressing the existing environmental impact of the permafrost thawing of the pipeline infrastructure in Russia and Alaska.

While the future will always remain an open set of endless possibilities, it could also be the cause of anticipatory action. As such, it involves actions that aim to prevent, mitigate, adapt to or prepare for specific futures.

For European policymakers and the EU’s future Arctic policy, this means answering or, at least, contemplating two open questions. First, what does the Arctic signify for a bloc of 27 Member States at the beginning of an era of global change?

Second, what can the EU do to shape the future(s) of the Arctic in a European manner?

Eventually, finding future solutions will commence through actions taken from inside the Arctic and not from the standpoint that the EU is in the Arctic. Maybe it is time to put all the deliberations associated with the Arctic into action.