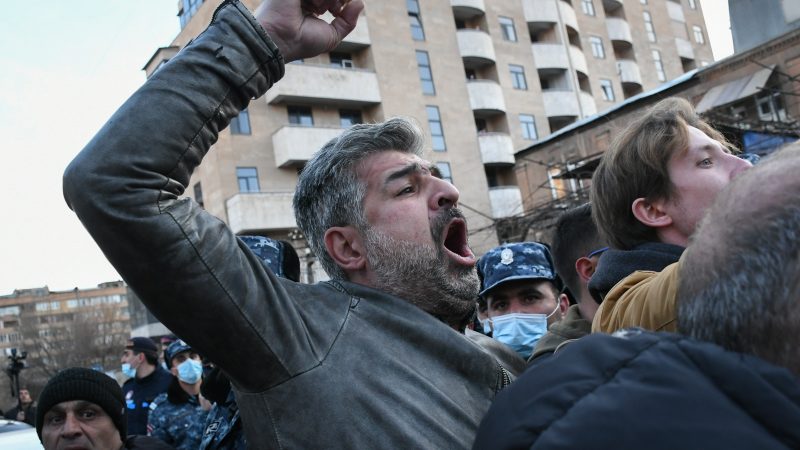 Pashinyan, a former newspaper editor, swept to power in 2018, spearheading peaceful protests against corrupt elites who ruled after the collapse of the Soviet Union.

But many Armenians are now disappointed by his failure to deliver reforms and his handling of the six-week conflict with Azerbaijan that claimed around 6,000 lives last year.

Pashinyan, 46, has defied calls to resign since he ended the war for control of the breakaway region of Nagorno-Karabakh in November by signing an unpopular agreement that ceded to Azerbaijan swathes of Armenian-held land. 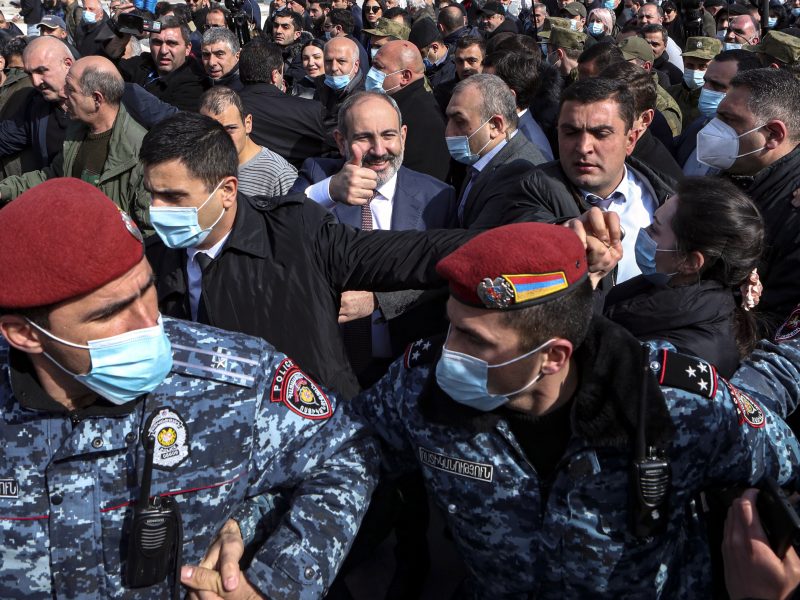 Armenian Prime Minister Nikol Pashinyan warned of an attempted military coup against him on Thursday (25 February), and thousands took to the streets of the capital to support him after the army demanded he and his government resign.

He has pinned his hopes on the vote to quell protests and renew his mandate.

But a venomous campaign has been marred by aggressive rhetoric and fears the election could further polarise the country.

In the capital Yerevan, dotted with campaign billboards, Armenians voiced conflicting views about their prime minister.

“This capitulator and traitor must go,” said Gegham Hayrapetyan, 52.

“We need a fresh face, a new politician who will address our grievances.”

Sirush Sirunyan, 69, however, blamed Pashinyan’s predecessors for the crisis in the poor South Caucasus country of three million people.

“Nikol is our hero and our saviour,” she told AFP.

“Former authorities are responsible for everything. They were robbing the country for decades.”

Both politicians are planning to hold multiple rallies after the election.

Pashinyan has over the past weeks ramped up rhetoric and brandished a hammer at recent campaign rallies while urging voters to give him a “steel mandate” to crush critics.

“This is a hammer that belongs to the people, and on 20 June it will fall down on your empty heads,” he declared recently, addressing opponents.

He says he expects his party to win 60% of the vote, an estimate some pollsters call “fantastical”.

Pashinyan’s enemy and predecessor, Serzh Sargsyan, whose bloc is expected to also win seats in parliament, urged supporters to counter Pashinyan’s hammer with a “cudgel”.

“The probability of street clashes is quite high after elections that were preceded by such an aggressive campaign,” said political analyst Vigen Hakobyan.

A record four electoral blocs and 22 parties are running in the elections and most have campaigned on a pro-Russian platform.

Russia, a long-standing ally, helped broker a truce agreement with Azerbaijan and its peacekeepers have been deployed to Nagorno-Karabakh.

Only a handful of parties are expected to win seats in parliament.

Pashinyan’s rival Kocharyan, who led Armenia between 1998 and 2008 and counts Russian leader Vladimir Putin among his friends, claims to have handled the economy better than the current leadership.

“Armenia has been left without a leader,” Kocharyan told a recent a campaign rally.

A poll last week showed Kocharyan’s bloc leading with 24.1%, followed by Pashinyan’s party with 23.8% and Sargsyan’s bloc with 7.4%.

Aram Navasardyan who directs the pollster that carried out the survey, Marketing Professional Group (MPG), predicted that no-one would get more than 30% of the vote.

“Emotions are at fever pitch,” Navasardyan told AFP, adding that the gap between Kocharyan and Pashinyan could further widen.

Around 2.6 million people are eligible to vote in 2,008 precincts, to elect for a five-year term the minimum number of 101 parliament members under a proportional electoral system.

A party needs to garner at least 54% of seats in the legislature to form a government, and analysts do not rule out a second round of polls.

The election will be monitored by observers from the Organisation for the Security and Cooperation in Europe (OSCE).