On the eve of an official visit to Russia, Serzh Sargsyan avoided commenting on the current poor relations between Russia and the European Union, saying “I do not want to make an assessment of those Western countries that have a difficult relationship with Russia”.

When asked if Armenia could play the role of mediator between the two powers, the Armenian president insisted that “we are a small country, so we don’t want to overestimate our role. To say that Armenia could be a bridge between the West and Russia is an exaggeration.”

Instead, his country’s government is “constantly working so as to not cause additional problems between Russia and the West”.

The alternative strategy of trying to exploit the weaknesses in their relationship could prove dangerous or even “fatal” for a small country like Armenia, he warned. 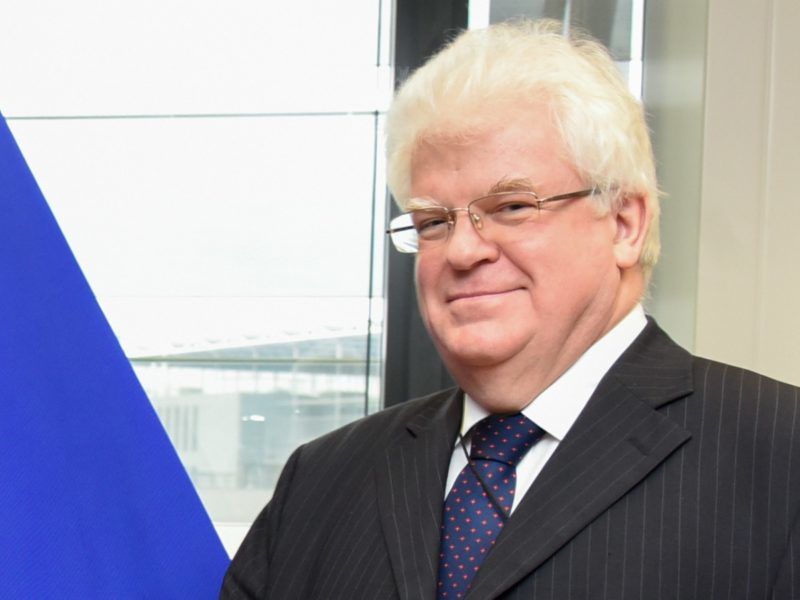 Russia is the main political, economic and military ally of the small south Caucasus republic, which keeps its borders with its powerful neighbours, Turkey and Azerbaijan, closed. Both the latter are Muslim majority nations while Armenia is predominantly Christian.

Armenia is involved in an ongoing conflict with Azerbaijan over the disputed Nagorno Karabakh region, which led in April to renewed fighting. A precarious ceasefire has been in place ever since.

“Russia is our strategic partner,” said Sargsyan, who has been in office since 2008. “We see no reason to cut those ties; in fact, we want to strengthen and expand those ties,” he revealed.

“At the same time, we want to deepen relations with the EU, that is one of the priorities of our foreign policy,” he added.

Sargsyan recently met with reappointed European Council President Donald Tusk, where they announced the successful conclusion of bilateral negotiations on an expanded cooperation agreement between Armenia and the European bloc.

“We see no contradiction in our policy. Quite the contrary, we are convinced that it is complementary,” the Armenian president stressed.

The EU is not alone in feeling the effects of the refugee crisis, as Armenia has welcomed 20,000 displaced people as a result of the civil war in Syria, most of them ethnic Armenians.

“We do not call them refugees,” Sargsyan said, “they are our brothers and sisters.”

“Of course it is a great tragedy: these people have had to abandon their homes that have taken decades to build,” he added.

Declining to offer any advice to European governments on how to best host new arrivals, the president did comment that he is confident that Europeans know the difference between “types” of people arriving on their borders.

Sargsyan has led a long career in service of the Armenian state, which began in 1993 when he was defence minister during the Nagorno-Karabakh War, but he claims to not have a plan in place for when his term as president ends in 2018.

“Frankly, I do not have a plan prepared,” he said, adding that it would be great if in the parliamentary elections to be held next month the Republican Party (which is EPP-affiliated) triumphed. Polls indicate they will.

The 2 April elections are the first to be held under Armenia’s new constitution, which is transforming its political system from a semi-presidential model to that of a parliamentary one.

If the Republican Party wins enough votes then “the current prime minister will continue in office”, he explained.

Sargsyan also highlighted the “very strong” relationship his country has with the United States, where there is a very large Armenian diaspora.

More than 7 million Armenians live outside of their homeland and the president said they all have something in common: “they easily integrate into the societies in which they live”.

“Our compatriots living in Latin America have a key role in the development of those countries,” he said, adding that “it is not coincidence that Uruguay was the first country to recognise the Armenian genocide in 1965”.

Lastly, Sargsyan admitted that although Spaniards may not be very aware of Armenia, “Spain is one of the main tourist destinations for Armenians”.

Relations between Armenia and Spain “have a long history going all the way back to the Middle Ages”, he claimed. The president also said that “Spaniards, as exporters of wine culture, should know that, according to the Bible, the first vineyard was planted in Armenia”.