A medical worker checks temperature of a woman near the closed entrance to Kyiv-Pechersk Lavra in Kiev, Ukraine, 13 April 2020. [EPA-EFE/OLEG PETRASIUK]

As EU countries begin mulling exit strategies, EURACTIV takes a look at the COVID-19 situation in EU’s Eastern neighbourhood, including the spread of the virus and a short overview of containment measures.

The EU last week announced the rechanneling of €962 million to aid Eastern partner countries – Armenia, Azerbaijan, Belarus, Georgia, Moldova and Ukraine – in their fight against COVID-19 but EU foreign affairs chief Josep Borrell was quick to confirm that “there is no fresh money.” 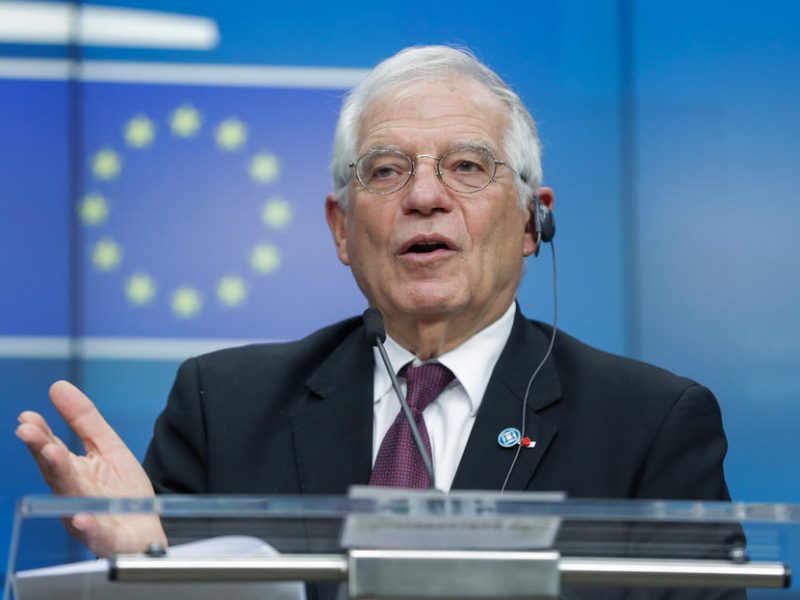 According to Armenia’s website dedicated to fighting the pandemic, as of 16 April, the country has:

Armenia has registered 48 new cases over the past 24 hours, representing a 4.3% increase in confirmed COVID-19 infections.

The Caucasian country declared a state of emergency on 16 March, banning the gatherings of more than 20 people.

The measures also included wide-raging limitations on the type of information that can be published, restricting journalists to official sources.

Concerns emerged that authorities are taking a broad interpretation of the restrictions.

One journalist said the police asked her to delete a social media post about a large factory that was requiring employees to come to work even if they were running a fever “because it was causing panic,” RFE/RL reported.

On Monday (13 April), the authorities extended the restrictions for another month.

According to Azerbaijan’s website dedicated to fighting the pandemic, as of 15 April, the country had:

On 5 April, the authorities instituted an SMS-permission system, requiring citizens wanting to leave their residence to send a text message with their state ID and a code corresponding to the reason of their request, with options including a medical visit, grocery shopping/essential errands or having to attend a funeral.

The country’s economic situation is complicated by the volatile oil prices, as oil and gas trade accounts for about 90% of total exports.

According to Belarus’s ministry of health’s Telegram channel, as of 15 April, the country had:

On Saturday (11 April), a World Health Organisation official said the country was entering “a new phase in the evolution of the outbreak,” calling the situation “concerning” and calling for “community-wide measures to increase physical distancing,” Reuters reported.

On Monday (13 April), the country’s long-serving president, Alexander Lukashenko, described the coronavirus concerns as “psychosis” and asked patients “to not even worry.”

“No one will die from coronavirus in our country. I am saying this publicly,” Lukashenko said according to local Belta news agency.

According to Georgia’s website dedicated to fighting the pandemic, as of 16 April, the country has:

Georgia has registered 30 new cases over the past 24 hours, representing a 9.8% increase in confirmed COVID-19 infections.

The Caucasian country is being lauded as a success story in the global fight against the pandemic, with wide-ranging measures including early travel restrictions, suspension of intercity transport and mandatory quarantine zones at border crossings for returning citizens. 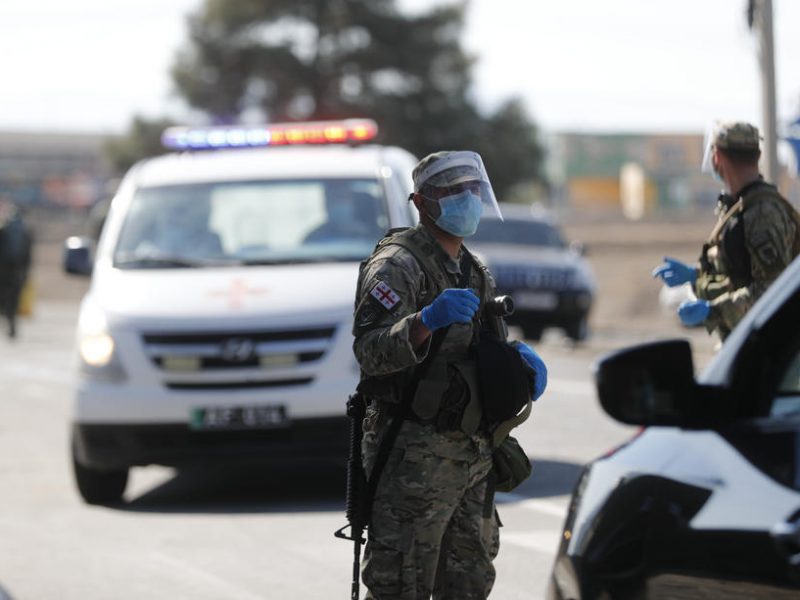 Since reporting its first case of coronavirus on 26 February, Georgia has had only 61 confirmed cases of the virus as of 23 March. With 3,320 people placed in mandatory quarantines, the Caucasian country is being lauded as a success story in the global fight against the pandemic.

On Tuesday (April 14), Prime Minister Giorgi Gakharia announced the full lockdown of four of the country’s largest cities – the capital city of Tbilisi, Kutaisi, Batumi and Rustavi – for 10 days.

The Georgian Orthodox Church, however, has been criticised for continuing service despite the state of emergency measures.

On Wednesday (15 April), the representatives of Georgian Orthodox Church announced that parishioners will be allowed to attend Easter Vigil on 18 April, provided that they do not leave church premises until the end of nighttime curfew at 6am, Civil.ge reported.

According to the health ministry’s website, as of 15 April, the country had:

Moldova has registered 115 new cases since Tuesday (14 April), representing a 5.9% increase. 510 of the infected, or 24.9% of total cases, are health professionals and medical workers.

According to Ukraine’s website dedicated to fighting the pandemic, as of 16 April, the country has:

The country has seen a sharp increase in confirmed infections in the past few days, with a record 397 new cases reported over the past 24 hours, representing a 10.5% increase in the total number of infections.