Armenia is technically at war with Azerbaijan over the territory of Nagorno-Karabakh, which is only de facto under the control of Yerevan. Fighting between ethnic Azeris and Armenians first erupted in 1991 and a ceasefire was agreed in 1994. Armenia and Azerbaijan were again close to war in April 2016. But the regime change in Yerevan appears to be a game changer.

“Exchanges in recent months between the Prime Minister of the Republic of Armenia, Nikol Pashinyan, and the President of the Republic of Azerbaijan, Ilham Aliyev, as well as meetings of the Foreign Ministers under the auspices of the Co-Chairs of the Organisation for Security and Cooperation in Europe (OSCE) Minsk Group, most recently in Paris on 16 January 2019, send a positive signal for progress in the peaceful settlement of the Nagorno Karabakh conflict”, the EU said in a statement.

Recent exchanges between Presidents and Foreign Ministers of Armenia & Azerbaijan send a positive signal for progress in the peaceful settlement of the Nagorno Karabakh conflict. EU looks forward to full implementation of their outcomes https://t.co/yV2w3gzs7u

Indeed, last December, Aliyev tweeted that “The year 2019 will give a new impetus to the Armenia-Azerbaijan Nagorno-Karabakh conflict settlement process”, and “the only way for the new Armenian leadership to carry out all their plans on transforming the country is to resolve the conflict with Azerbaijan”.

Pashinyan tweeted in parallel that “Peaceful resolution of Nagorno-Karabakh conflict remains top priority for us”. 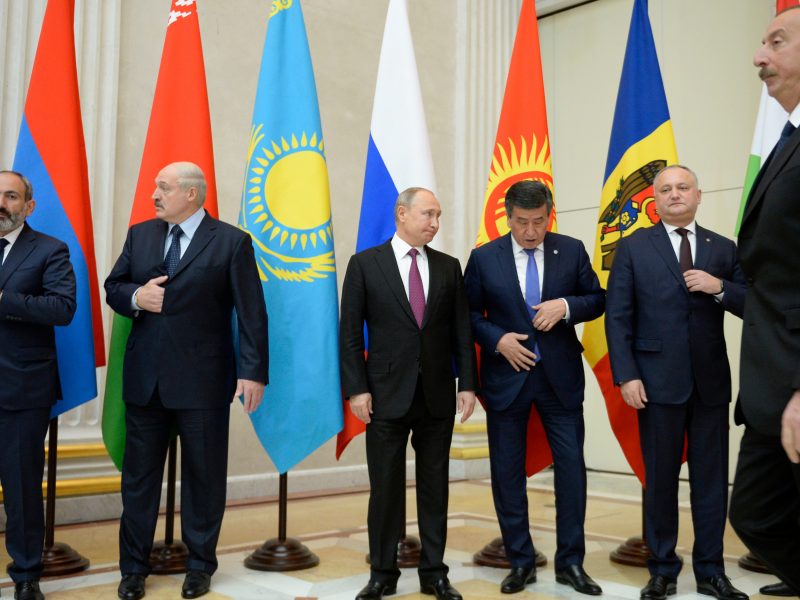 The optimistic narrative of the head of states was followed by contacts at ministerial level, the latest being the meeting between the Foreign Minister of Azerbaijan Elmar Mammadyarov and the Acting Foreign Minister of Armenia Zohrab Mnatsakanyan held on 16 January in Paris under the auspices of the Co-Chairs of the Organization for Security and Cooperation in Europe (OSCE) Minsk Group.

“The European Union is looking forward to the full implementation of their outcomes, including the recent Foreign Ministers’ agreement on the need to take concrete measures to prepare the populations for peace, as well as the consideration of steps aimed at reinvigorating the negotiations”, the EU stated.

The Secretary-General of the United Nations António Guterres too welcomed the Paris meeting and particularly welcomed the Ministers’ agreement on the need to take concrete measures to prepare the populations for peace.