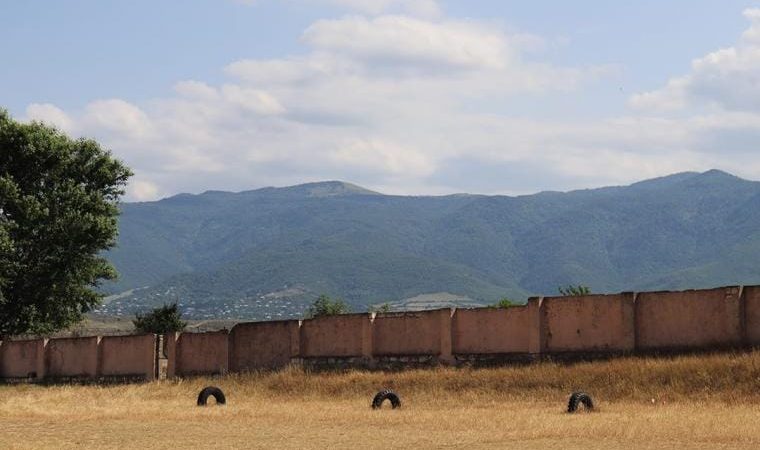 A wall protects a school from potential Armenian sniper fire in Bala Jafarli village, in the Azerbaijani region of Gazakh. [Zaur Shiriyev/CRISISGROUP]

A communication channel set up in 2018 to discuss incidents along the front lines could be used for sharing preventative information to protect farmers and minimise risks of escalation on the Armenia-Azerbaijan border, a recent report from the International Crisis Group  (ICG) suggests.

This could also be used to provide updates on planned construction works or other activities along the front lines that could otherwise raise eyebrows of either side, the report said.

It explained that the two sides rarely use the channel – a line operated by the defence ministries, through which communications go directly to the top security services personnel – to relay information on planned activities on the front, such as troop movements or reinforcement of trenches, and thereby minimise risks of misunderstandings.

“Azerbaijanis and Armenians are emotional people, and given that both sides have mostly young soldiers and officers, today such a hotline is risky”, the report quoted a high-level commander in Baku as saying.

Fighting flared up on 12 July between the ex-Soviet republics, which have been locked for decades in a conflict over Nagorno-Karabakh, a region internationally recognised as being part of Azerbaijan but occupied by Armenia. 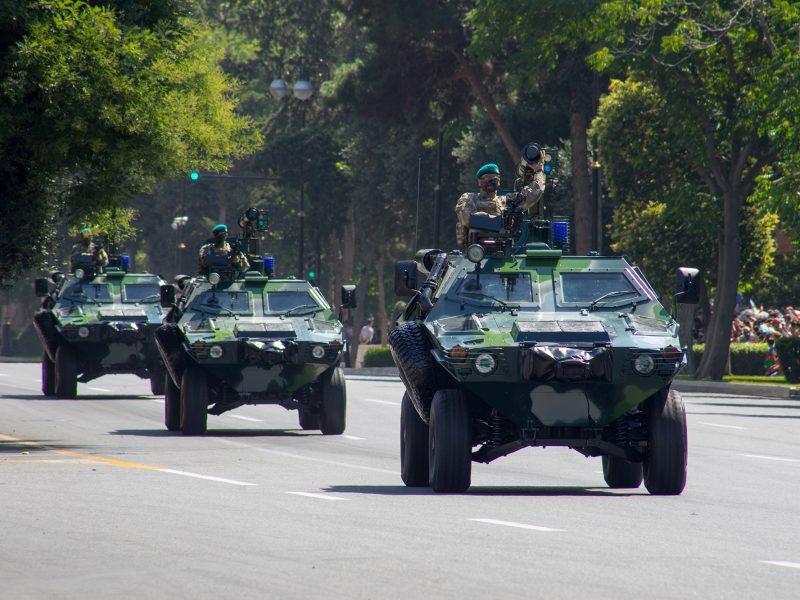 In a three-way call on Wednesday (22 July) with the foreign ministers of Azerbaijan and Armenia, the EU’s top diplomat, Josep Borrell called for an end to armed confrontations following a flare-up of tensions last week along the international state border between the two countries.

Unlike the “usual” clashes, this time the incidents were taking place on a northern section of the state border between the two countries, rather than at the border with Nagorno-Karabakh.

The harvest, starting usually earlier on the Azerbaijani side, normally begins in August with the collection of grain, but grape picking goes until the end of September.

With farming the only source of income for many in the area, the region faces demographic challenges as younger people leave to pursue opportunities farther away from the border.

“The schools that used to have 300 kids, now have 30 kids,” Olesya Vartanyan, a senior analyst for the South Caucasus region at the ICG, told EURACTIV.

Vartanyan said that during her travels last year, during a relatively calm period, for the first time she saw people repairing roofs and houses.

According to Vartanyan, who has spoken to people in the area, farmers are now scared but economic necessity pushes some to already venture out in the fields.

One woman told Vartanyan, who tried to warn her about the dangers “What are you talking about, my daughter, how am I going to live if I don’t go and collect this harvest?”

Another threat to farmers in the area comes from the unexploded ordinances left there from the recent clashes, which often took place close to roads and farmland.

Unlike in Nagorno-Karabakh, where the Azerbaijani-controlled territory along the line of contact is more densely inhabited than the Armenian-occupied area, both sides of the border where the new clashes occurred are heavily populated.

“It’s like a chessboard,” Vartanyan said, who was explained by military personnel that the mountainous and hilly terrain discourages the use of heavy weaponry because the other side may return fire from a different location, putting either side’s villages in danger.

For Azerbaijan, the area hosts energy and transport lines such as the Baku-Tbilisi-Kars railway connecting Asia and Europe, called the “Iron Silk Road”, the Baku-Tbilisi-Ceyhan oil pipeline, and Azerbaijan’s South Caucasus Pipeline channelling natural gas to the TAP and TANAP supplying Europe with alternative energy resources.

“On the Armenian side, the main highway and a railway connecting the country to Georgia, Russia and other parts of Europe pass through the northern Tavush region, as does a Russian pipeline bearing gas to Armenia,” the report said.

The think tank’s paper suggests that one potential area of cooperation could be technical talks on fixing the war-torn and dilapidated water infrastructure.

According to the report, due to the changing climate, the aggregate river flows in Armenia and Azerbaijan are projected to decrease by 11.9% by 2030 and as much as 37.8% by 2100, with water shortages already chronic in the region.

“A more strategic approach to the water problem in the region would help, but ultimately neither side can resolve the water supply problems without the other,” the report said.

“Such circumscribed technical talks, avoiding discussion of Nagorno-Karabakh, could be possible with the blessing of the leadership in both countries,” it concluded.