How Azerbaijani laundromat has affected EU policy on Nagorno-Karabakh 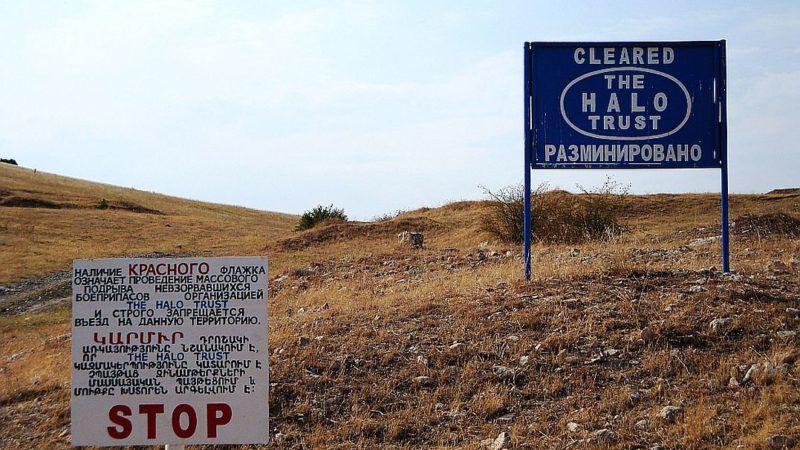 More than two decades after Azerbaijan and Armenia fought over Nagorno-Karabakh, a mixture of Azerbaijani bribes and oil politics has conspired to keep the European institutions out of the disputed region. It is time for the EU to free itself from this corrupting grip and to stand for its values in the Caucasus, argues Nicolas Tavitian.

Nicolas Tavitian is the director of AGBU Europe, the European branch of the largest Armenian organisation worldwide.

Media coverage of the “Azerbaijani Laundromat” in the last few days has put the spotlight on the system of corruption of European politicians by Azerbaijan.

If this affair had been widely covered by the European media, evidence of widespread corruption and influence peddled by Azerbaijan in the Council of Europe Parliamentary Assembly (PACE) and throughout Europe would have already had been exposed in 2012.

That year, The European Stability Initiative (ESI) published a report entitled “Caviar Diplomacy – How Azerbaijan silenced the Council of Europe”. ESI was denounced by Azerbaijan at the time as an instrument of the “Armenian lobby”.

Indeed, it is standard procedure in Azerbaijan to blame the Armenians. Not surprisingly, President Aliyev has blamed the recent revelations once again on the “Armenian lobby”.

If the Armenians have nothing to gain from a system of corruption set up by Azerbaijan, the first victims of the “laundromat” are the people of Azerbaijan. Human rights defenders there have been repeatedly let down by those European institutions that were established to support them. The second victim of corruption is peace.

Azerbaijan has recently stepped up attacks at the border with the small and disputed Armenian-populated territory of Nagorno-Karabakh (NKR). These attacks have caused numerous casualties and, should NKR’s defences fail, an all-out war could follow. Anti-Armenian rhetoric has reached fever pitch in Azerbaijan and the country’s

Anti-Armenian rhetoric has reached fever pitch in Azerbaijan and the country’s leaders have also sought to intensify its policy of isolating the republic of Nagorno-Karabakh.

The Azerbaijan leadership intimidates and prosecutes those who travel to NKR, including public officials and diplomats. In February 2017, an international arrest warrant was issued against three European Parliament members who travelled there.

The same month, a Russian blogger who also travelled to NKR was extradited from Belarus to Azerbaijan, where he was convicted and jailed until his very recent release. This campaign of intimidation is global, well-financed and also targets members of my organisation.

Today, Azerbaijan is once again heading for war. But in the face of this deteriorating situation, Azerbaijani money has contributed to paralysing and silencing the European institutions, whose very legitimacy rests on their ability to promote peace on the European continent.

It is widely recognised that the best way to defuse post-imperial conflicts such as that of Nagorno-Karabakh is to promote engagement and confidence-building, a policy that has been dubbed “engagement without recognition”.

Where there is no simple solution, peace can only be achieved with dialogue, patience, experimentation and a degree of trust. Engagement is the EU’s approach in all such conflicts on the European periphery, from Northern Cyprus to Transnistria.

But in Nagorno-Karabakh, the EU strictly adheres to Baku’s dangerous policy of blockading and isolating the local population. At Baku’s insistence, no EU official has travelled to NKR in the last 20 years and the EU has provided no assistance to its population, in spite of the hardship caused by the 1991-1994 war and a 29-year blockade.

With no European presence on the ground in NKR, the EU has no first-hand information to base its policy on. Horrifying war crimes committed during a 4-day war in 2016 have gone unrecorded, and the European institutions have not uttered a word on the subject. This is certain to embolden those who have committed them in the next round of fighting.

With no contact with the population or leadership of NKR, furthermore, European actors have no way of contributing to peace or confidence-building.

Twenty-four years on, a mixture of Azerbaijani bribes and oil politics have conspired to keep the European institutions out of Nagorno-Karabakh. It is time for the EU to free itself from this corrupting grip, and to stand for its values in the Caucasus.