The signing comes amid worldwide trade turmoil, with a dragging US-China row and Britain’s impending exit from the European Union casting a dark cloud over global growth.

“This is the most ambitious trade agreement that EU has signed with a developing country,” she told reporters after the landmark deal was inked in Hanoi on Sunday in front of dozens of negotiators and diplomats. 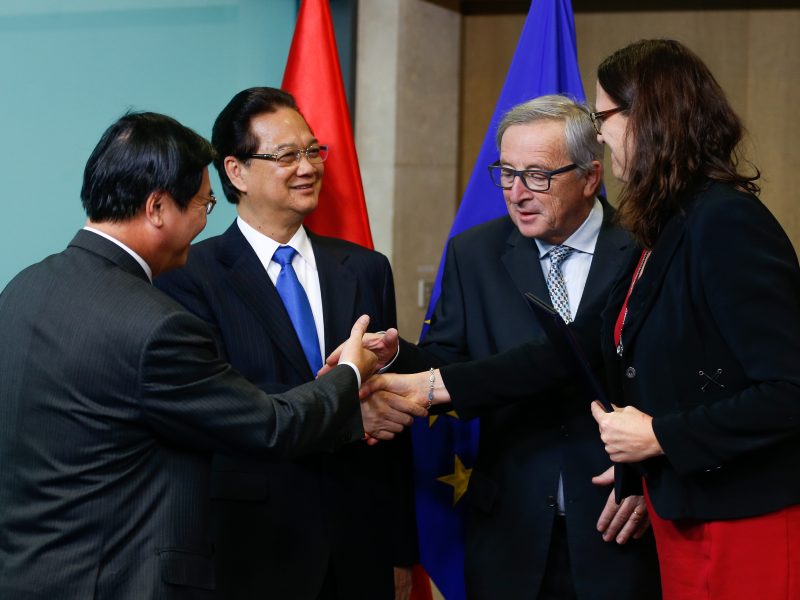 The EU-Vietnam free trade pact will eventually see duties slashed on 99% of Europe’s imports from Vietnam.

Billed as a so-called next generation deal, it also includes rules around labour rights and environmental and intellectual property protections.

“We want to make sure that EU trade in this region has a positive impact so we have enshrined high standards,” Malmström said. “It sends a very powerful signal that says ‘we believe in trade’,” she later told AFP.

The deal will come into force only once it is ratified, which could come by the end of the year if approved by lawmakers on both sides.

It is the second EU free trade agreement with a Southeast Asian nation after Singapore signed a deal with the bloc last year.

It comes on the heels of a watershed agreement on Friday between the EU and South American trade bloc Mercosur that will link 800 million people in what will be one the world’s largest regional commercial accords.

Malmström: Mercosur trade deal within reach but 'not at any price'

EU-Vietnam free trade negotiations kicked off seven years ago, and the EU has come under fire for not putting enough pressure on Vietnam to improve its dismal rights record.

Malmström said rights issues were raised throughout negotiations and the trade agreement would allow the EU to “engage rather than to isolate” Vietnam on human rights.

“I don’t think this trade agreement will solve these concerns but it creates a way to talk openly and frankly about them,” she told AFP after the signing.

The EU is pushing for better trade with Southeast Asian economies, who themselves are seeking multilateral agreements, especially as the United States has withdrawn from such deals under President Donald Trump.

The US president pulled out from the sprawling Trans-Pacific Partnership (TPP) soon after taking office, signalling Washington’s protectionist preference for bilateral deals.

The TPP has since been reborn as the Comprehensive and Progressive Agreement for Trans-Pacific Partnership, a watered down version of the original pact without the inclusion of the world’s biggest economy.

Vietnam was set to gain enormously from that deal, and has courted other trade partners to soften the blow.

“Vietnam sought to accelerate its negotiations… in this case (with) the EU, clearly as a way of diversifying their trade,” Stephen Schwartz, Head of Asia Pacific Sovereign Ratings at Fitch Ratings, told AFP from Hong Kong. 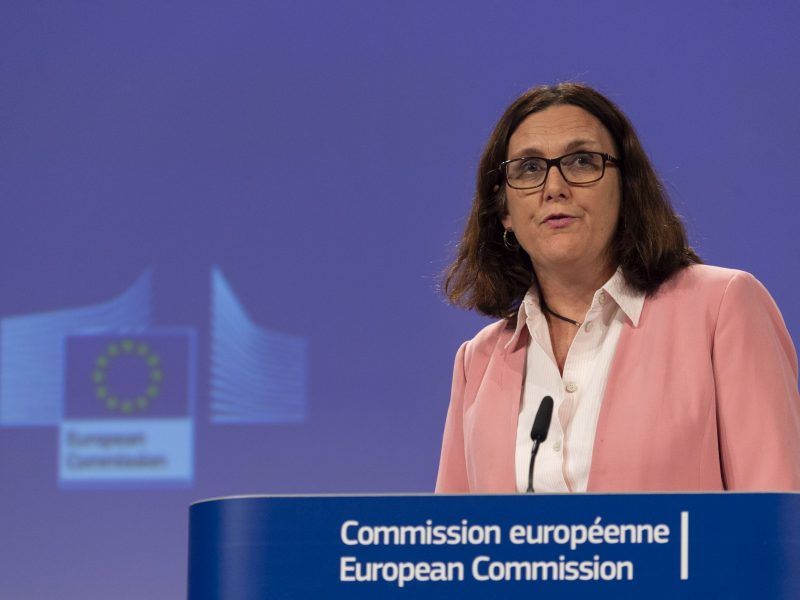 Vietnam’s export-led economy has largely been buoyed by free trade, and open access to the European market is expected to boost its main deliveries to the bloc, namely textiles, shoes, smartphones and computer parts.

European countries are also eager to tap into Vietnam’s market of 95 million people and its fast-mushrooming consumer class.

“The advantages we can get from (the FTA) will bring huge contributions to Vietnam’s exports and imports, Vietnam’s Trade Minister Tran Tuan Anh said Sunday.

Vietnam has seen some short-term gains from the US-China trade spat as some companies shift from China into its lower-tariff, cheap labour market.

But analysts warn that a weaker China or US could ultimately dent economies like Vietnam that largely rely on exports to the world’s two biggest economies.

With exports from Vietnam to US soaring amid the trade spat, US President Donald Trump last week threatened to slap tariffs on the manufacturing hub, calling it “the single worst abuser of everybody”.