Northvolt CEO Peter Carlsson wants to build Europe’s largest battery cell plant – in the middle of the Swedish countryside. In an interview with EURACTIV’s partner WirtschaftsWoche, he explained how this should work and gave his thoughts on his new partner Volkswagen’s electromobility offensive.

Mr Carlsson, you were manager at Tesla for over four years. What is the more ambitious goal: making electromobility for the masses or building Europe’s largest battery plant?

I think both will face many challenges. During my time at Tesla, I learnt a lot on how to address complex issues. That is why I am very optimistic about our goal.

How do you address complex issues at Tesla and Northvolt?

First, you will adapt goals to very structured projects. You will also need the best workforce. For that, it is insufficient to be content with the local job market. We need to ask ourselves how we can get the best people from around the world?

Could you elaborate on this more concretely?

We found a lot of talent in Japan, Korea and China. When it comes to professional background, it is important to check European medical and chemical industries for instance. And our automation and software teams unite people who have already worked for companies such as ABB, Siemens, Google, Spotify and Ebay.

Your co-founder Paolo Cerruti worked with you at Tesla. It seems like you are highly influenced by the e-car manufacturer.

We also recruited others from Tesla. They excel at building extremely efficient battery systems.

You want to built a plant for Europe – not only for Sweden or Scandinavia. Is there a fear of some kind of European competition?

Of course, there is also Varta from Germany and Saft from France. However, none of them currently address the real volume market on which we are eager to deliver. That does not mean that they will never do so.

So, are you more advanced than Varta?

This is not something I would like to presume. We should not forget that Varta has been developing batteries for a long time and we are still a young company. Therefore, I am very humble. We are a bit like them when it comes to our plan of building a ‘gigantic plant’. Such a plant will be necessary in the following years – particularly in the car manufacturing industry.

So, now you want to conquer the market as a small start-up company?

We all start somewhere, right? So far, we have taken the first step towards our growth process.

And that would be?

To bring together a strong team with all the best skills and build our Northvolt labs in Vasteras – outside of Stockholm. 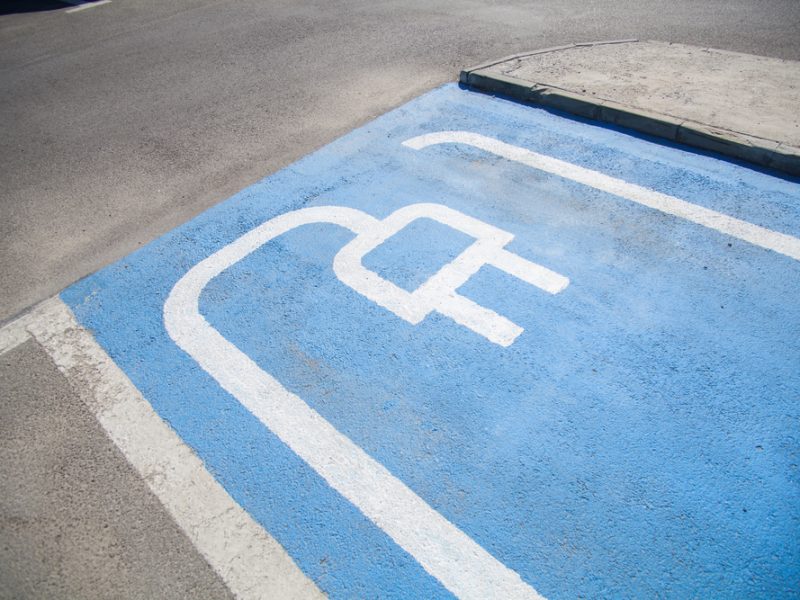 Europe could be left behind in the international battery-building race, the EU auditors have warned in a new report and stressed that better storage is needed if the bloc is to hit its climate and energy targets.

And what about other companies?

LG is building plants in Poland, Samsung and SK Innovation in Hungary. CATL is doing the same in Germany. The size of the European market suggests that there is room for more manufacturers. We need a larger ecosystem if we want to cover Europe’s need for batteries.

What goes on in Northvolt’s labs?

It is a facility dedicated to research and development and includes the demonstration of an assembly line for which we have spent over €100 million. The labs will assist the construction of the far larger plant in Skellefteå.

Your prestige project is to be developed in northern Sweden’s deep countryside. What are the concrete plans for this?

In a first phase, we will build two blocks. They will each have a yearly capacity of eight gigawatt-hours. With that, we will be able to produce 250, 000 to 300,000 e-car batteries every year. For this capacity, we are close to being fully booked in terms of customer requests, which is very good to see. However, I cannot name the companies at this stage.

Since we are talking of a first phase, there surely is another.

Exactly. In the second phase, we will double the capacity to 32 gigawatt-hours until the year 2023 or 2024. For that, we would have between 2500 and 3000 workers and necessitate 1,5 percent of Sweden’s entire energy production. For everything beyond 32 gigawatt-hours, we will need to build a second plant.

Europe needs to cover its own need for batteries. When will this be achieved?

If I could choose, I would say that we will build the second plant in five or six years.

You will need capital for that. For Northvolt Labs, companies such as ABB and Siemens have each paid €10 million to support the Northvolt labs. This is surely insufficient for the battery plant.

Absolutely, we now need a large amount of capital. I estimate that we need to gather slightly more than €1.6 billion to even complete phase one. We are in the middle of a financing round, which consists of loans and investments. It is looking good as we are likely to close the round successfully in late spring or early summer.

Volkswagen (VW) is another strategic partner. You have established the “European Battery Union”, which you will be leading with VW. What are we talking about?

Ultimately, we want to find out how we can scale the European battery industry.

By 2020, you want to begin researching this matter with other partners. Is it not a little late?

Drawing up such a project needs time. But I can assure you, that every partner is working as quick as they possibly can. If cooperation could be achieved quicker, all partners would be pleased, believe me.

Your cooperation partner VW recently presented an ambitious e-strategy. How realistic do you think it is?

I think that Europe simply needs to be in a position to cover the battery need of Volkswagen and other European manufacturers – and that is possible. However, tremendous efforts and focus from all involved is needed. With the ambitions of VW, we are not only talking about the most recent battery production, but we also need a reinforcement of the entire ecosystem: from delivering the raw materials, separators and electrolytes. And of course, a huge amount of capital is needed there too.

Cooperation with VW needs to be based on more than just research.

With the European Battery Union, it is of course our objective to be able to deliver batteries to VW.

At the same time, you are applying to the German Ministry of Economics to fund the construction of a battery plant in Germany. Thirty other companies are doing the same.  Do you have an idea, who else will be in the race?

I leave that decision to the government in Berlin. The German government has always been very forward-thinking in our discussions and I am convinced they will decide wisely.

What about Northvolt, what would make it receive government funding?

Germany will likely become Europe’s greatest market for battery cells. In our application, we told Berlin that we will address development and production in an economic and competitive manner.

And what if the government funds are not provided?

I do not see a reason why battery manufacturing would not be possible in Germany – so much is certain.

To conclude, let us look at the Europe of 2030. How will we rank in the battery manufacturing sector?

We expect that the European market will have a yearly need of 500 to 600 gigawatt-hours. If we consider the advancement of various plants, I expect there to be at least 10 gigantic plants in Europe by then. And I hope, that maybe three of these will belong to Northvolt.

And how did Northvolt strike gold?

Thanks to our team of currently 200 employees of 40 different nationalities.