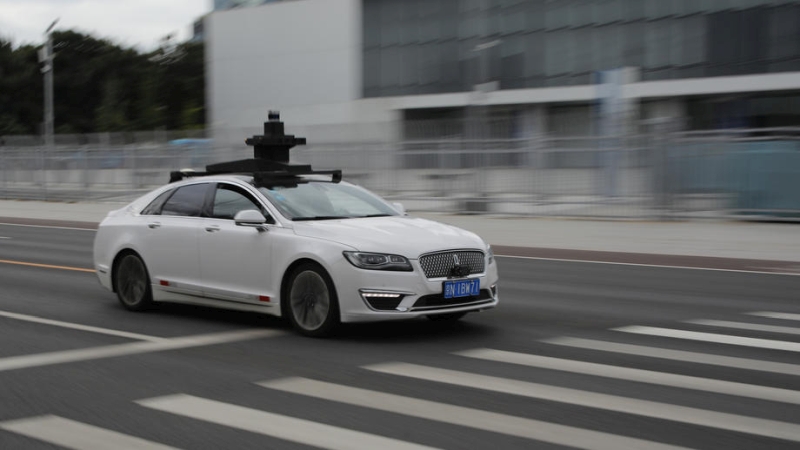 The rollout of autonomous vehicles has the potential to reduce traffic by 90% and bring road deaths to zero, but serious technological hurdles remain, Mark Boris Andrijanic, Slovenia’s minister for digital transformation, has said.

A society wide-shift to electric, autonomous, and shared mobility will transform Europe, cutting household costs and boosting safety, according to Andrijanic, a former policy advisor for the American car-hailing company Uber.

“Autonomous vehicles will provide affordable mobility for everyone, giving back valuable time, unclogging our streets and hopefully saving lives,” he said, speaking at a EURACTIV-organised conference on self-driving vehicles.

Andrijanic lamented the slow pace of technological development in Europe, which he said is lagging the United States.

“If you look at the top 10 companies when it comes to autonomous mobility, you can only find one European company – that’s unacceptable,” he said.

The Slovenian minister urged EU and national policymakers to copy the US approach by providing subsidies and tax incentives to companies working on autonomous tech.

“We have to ensure European companies are innovative enough to catch up,” he said.

Around €500 million is earmarked for research into autonomous vehicles under Horizon Europe, the EU’s R&D funding programme.

Despite progress in achieving automation, safety issues remain in certain scenarios, making it unlikely human drivers will be able to move from behind the wheel in the coming years.

These include cars interacting in complex traffic situations and reacting appropriately to random events, such as a child dashing into the street.

In the United States, self-driving vehicle tests have resulted in deaths, with Uber selling its autonomous vehicle wing following the killing of a pedestrian.

According to Dr Maciej Wielgosz, a researcher with the Universitat Autònoma de Barcelona, autonomous vehicles require more diverse simulation and training environments to address the unpredictability of human behaviour.

“We all were kids, so we know how kids behave. So, once we drive, we create a model of children’s behaviour… But vehicles are deprived of such multi-domain information,” explained Dr Wielgosz, an affiliate of the Alma Mater Europaea, a Slovenia-based university founded as an initiative by the European Academy of Sciences and Arts.

This need for more varied data was backed by Geert van der Linden, an expert on intelligent transport with the European Commission.

“For automated vehicles, they may have a lot more eyes, cameras, lidars than we do, and they may have better vision, but they’re not as good at understanding what they’re looking at,” he said.

For the time being, it is necessary to introduce limitations, van der Linden said, such as capping speed and ensuring humans can take over during complicated situations.

“I don’t think we will be able to separate automated vehicles from traditional traffic, not entirely.”

One of the most important mindset changes is to stop thinking of cars individually but rather to think of them as part of a system, said van der Linden. This means that the cars must be able to absorb information from their surroundings, but also to communicate with other vehicles they encounter.

To achieve this, road infrastructure, such as traffic lights and street signs, must be digitalised. This will provide cars with much larger data sets, which is crucial to achieving full autonomy, explained Johannes Springer, the director-general of the 5G Automotive Association.

“Decision making is about situational awareness. So, we need to provide the vehicle with as much information as possible,” he said.

Rather than fully driverless vehicles sharing the road with manually piloted cars, it is more likely that automation will be a gradual process, said Springer, explaining that automation is likely to be limited in the short term but will expand overtime.

“The fully autonomous vehicle which drives us everywhere, to any place we want to go, this is really something that would be very ambitious,” he said.

“But to have automated driving in limited areas, for instance for parking at the airport, or for public transport to take the bus driver out of the cost equation of the public transport organisation, that is something that I truly believe will happen in a foreseeable timeframe.”

According to Springer, this kind of automation could be available within two to five years

The question of the impact of automation on professional drivers was addressed by Slovenia’s Andrijanic, who said fears around the technology are “misplaced”.

“This transition will be gradual, which means that even the people who drive for a living will have plenty of time to basically adjust, retrain, and find other jobs.”