Thierry Nowaczyk is Director for Environmental Affairs Europe at Airbus, the aircraft maker. Nowaczyk spoke at a conference on biofuels organised by the German Renewable Energies Agency and hosted at the Representation of the Free State of Bavaria to the EU.

There are a number of options on the table to ramp up the use of biofuels in aviation. What is your opinion on those?

We have mainly two options to foster the production and use of biofuels in aviation. The first is the European Commission’s proposal to apply a ‘multiplier effect’ to the energy content of fuel supply to aviation.

How does that work?

The European Commission first sets a target which is translated into national targets. Each member state then allocates a target to fuel suppliers to produce biofuels. With this multiplier, suppliers can achieve their targets faster, so it’s a kind of bonus for them.

The Commission has proposed setting this multiplier at 1.2, meaning suppliers will have a bonus of 20% to produce aviation biofuels. The question is whether this is enough to fill the price gap we have between biofuels and fossil fuels, which is currently between 2 and 3 times the price of fossil.

There are industry studies which are confidential at the moment but, according to our estimates, we will likely need a multiplier of between 2.5 and 5 to fill this gap, depending on the feedstock used, which may be more or less expensive.

So this is a proposal which goes in the right direction but the question is whether this is enough to really help the market pick up. 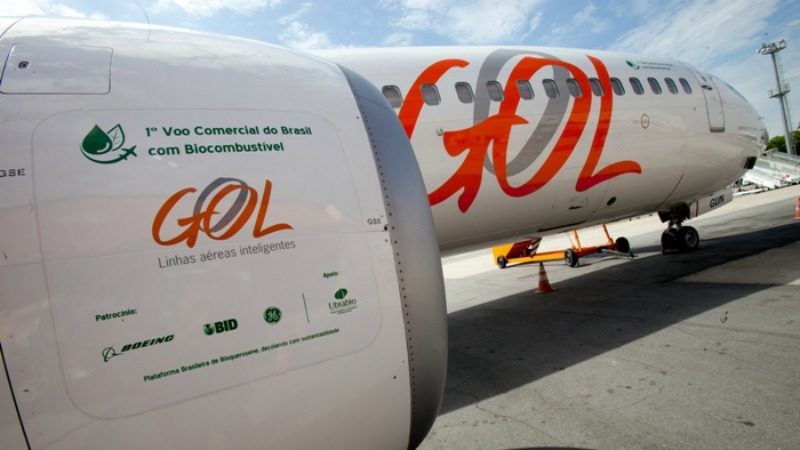 If this multiplier is enough, then we will have biofuels on the market for aviation. This means we could indeed decarbonise not only new aircraft but the entire fleet in Europe, which could have a very important lever effect.

What kind of market share do you have in mind?

If we achieve the European Commission’s target, which is already very ambitious, we could reach 6.8% of biofuels for aviation by 2030. Applying a life-cycle assessment, you can consider that you can reach a 60-70% reduction of greenhouse gas emissions on those 6.8%.

So that was the Commission proposal. But the European Parliament now comes up with something different.

The lead committee in the European Parliament, ITRE, is following pretty much the Commission proposal, with some amendments on the multiplier – ranging from 1.5 to 2 But it’s possible to go higher – in some sectors like electric cars, a multiplier of 5 is being considered.

Other Parliament committees (ENVI and TRAN) propose to scrap the multiplier and replace it with a blending mandate to incorporate biofuels into jet fuel, up to a certain level. This is a straightforward solution to bring biofuels on the market for aviation.

But the only question is the price and how it is translated in the overall fuel price for aviation. As you know, fuel is the biggest operating cost of an airline, and air traffic is very sensitive to the price of fuel so this has to be monitored very carefully.

And when you ask the stakeholders – airlines, fuel suppliers and policymakers – they have no idea of how the market will behave and what will be the price of this fuel. So I think we have to be very careful with the mandate option. It is a possible solution but it has to be initiated on a very small volume at the beginning, if any.

So the preferred option of the industry is to have a multiplier that will incentivise fuel suppliers to go on this market. Because the situation today is that we have zero volume of biofuel for aviation on the market. So we have to start somewhere and see how the market behaves.

This is the direction taken by the International Civil Aviation Organisation (ICAO) – they are targeting a reasonable target of 2% biofuels for aviation by 2025, so it’s a different timeframe.

It’s extremely small. Assuming some of these things go through, what kind of market share do you have in mind for 2030, which is the current discussion at EU level?

It is extremely small indeed, I acknowledge, because we are creating a new market from scratch. So we need to be very careful. But there are steeper ambitions later on, around 2035, where some are talking about 10%, 15% or even 30% biofuels depending on the regions of the world.

And this is where ICAO is going: start small, test the market, sort out the sustainability issues, sort out the price and volumes, and go for steeper ambition afterwards.

The scale of the objective is to have about 30% of biofuels for aviation by end-30s or mid-40s.

Is that enough to meet your decarbonisation objectives? The airline industry is aiming for carbon neutral growth by 2020…

It’s a combination of measures. Biofuels are complementary to CORSIA, the global offsetting scheme adopted at ICAO that will kick off in 2020. In parallel, we have our own system in Europe, the aviation ETS, and we have to see how the two work together. There is also the CO2 standard for aircraft that was adopted at ICAO, which will also kick off in 2020.

Air traffic management also plays a very important part in our industry. At the moment, we estimate that 8-10% of fuel is being wasted due to inefficient air traffic management. And by the mid-30s, we will have new technology on the market with more electric hybridisation of aircraft.

So it’s a combination of technical measures and policy instruments that will enable to achieve our industry decarbonisation objectives.

ICAO is meeting on 11-13 October to discuss its proposed vision on aviation alternative fuels. Are you satisfied with the way those talks are going?

For the first time ICAO and the vast majority of its 191 member states recognise that aviation needs sustainable alternative fuels in the short term to effectively decarbonise the sector and this is already a very positive move. There are numerous industry and state initiatives around the globe aiming at developing new technologies respecting sustainability criteria as well as enabling sensible business models. Therefore, beyond the questions of the targeted volume, ICAO role will be essential to frame those initiatives and exchange best practices around the world.

One response to “Airbus exec.: EU ‘bonus’ for aviation biofuels may be too little”