"We hope that the Commission will present concrete proposals for an industrial policy path to building the necessary production capacity for e-fuels," said Matthias von Randow, the Chief Executive Officer of the Federal Association of the German Transport Industry. [Foto: BDL]

In an interview with EURACTIV Germany, Matthias von Randow, the Chief Executive Officer of the Federal Association of the German Transport Industry, spoke about carbon-neutral aviation fuels and the difficulties of rolling them out on a mass scale.

Are there more flights today than there were ten years ago?

The number of passengers has risen significantly worldwide because people in many countries are becoming increasingly affluent. Just think of countries such as China, India or Brazil. The number of German domestic flights, on the other hand, has declined by 22% since 2004. This is because our airlines were able to shift air traffic to rail wherever possible, and larger aircraft were used on individual routes.

There are repeated calls to ban domestic German flights, most recently from the Greens. What do you think about that?

Such ideas are out of touch with reality. Instead, we are relying on the railways to offer attractive travel times. Then we can shift domestic air traffic to rail for train journeys where the travel time does not exceed around three hours.

In the meantime, this means that flights will mainly only be operated on long routes in Germany or, in individual cases, on feeder flights for international routes. Besides, domestic German air traffic only accounts for 0.3% of the total CO2 emissions in Germany. 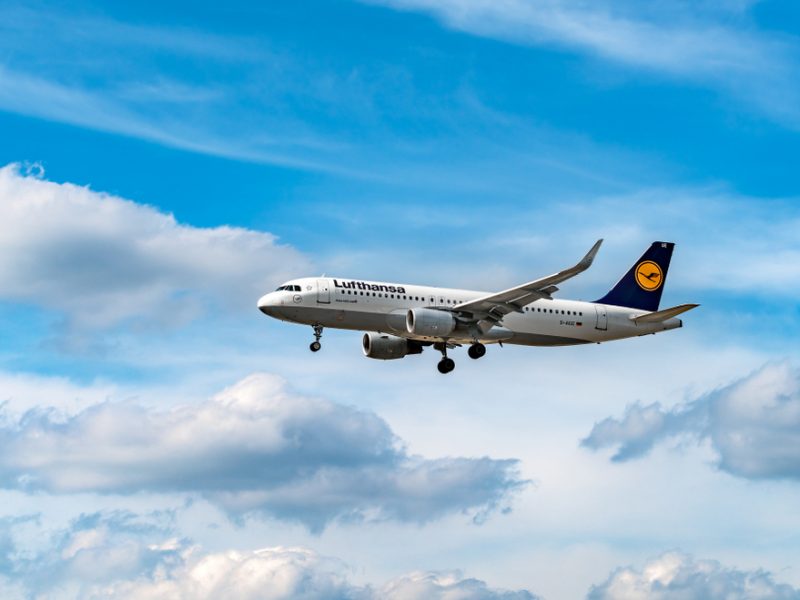 Research into more efficient aircraft has been going on for many years. How much room for improvement is there?

It is unrealistic to give a figure here. The biggest lever for reducing CO2 in air traffic is the use of more energy-efficient aircraft. That’s why the industry continues to work intensively on all kinds of components to reduce emissions. These could be the materials used in the aircraft, new engine technologies or the flight procedures themselves. This means that each new generation of aircraft consumes 20-25% less fuel.

When it comes to German aircraft fleets, our airlines have succeeded in reducing carbon emissions per passenger by 43% compared with 1990 levels. They have done so by replacing older aircraft. But if you are asking me whether it will be possible to fly carbon-neutral in the future, this can only be achieved if regenerative fuels replace fossil kerosene.

Is the prospect of electronic flight realistic?

According to everything that is being said among researchers and aircraft manufacturers today, this will not be possible in the long-term with the vast majority of aircraft sizes being used in commercial aviation.

This has to do with physical laws, and flying is all about weight. It is conceivable that tiny aircraft with only a few people will also be used electrically in the foreseeable future.

But for aircraft with 100 or more people, this is not foreseeable in the long term.

So could climate-neutral e-fuels be the future of aviation?

Technically, carbon-neutral flying with synthetic fuels is already no problem at all. This has long been tried and tested. The production of fuels derived from hydrogen is not a technical challenge either.

The problem is mass production and the fact that the price of e-fuels is currently many times higher than that of fossil fuels. Decisions on energy policy are therefore needed to enable their market launch.

After all, considerable quantities of renewable energies are needed to produce the fuels; much more than we currently produce. These structures and resources must first be built up.

Could a statutory blending quota ensure that e-fuels are introduced on the market?

In principle, quotas could also contribute to bringing the fuels onto the market from the side of demand. But it is imperative that this is done internationally!

If we were to introduce a national blending quota in Germany, this would result in considerable economic distortions. German airlines compete with foreign airlines that can refuel elsewhere.

Fuel, however, accounts for 20-25% of an airline’s total operating costs. At present, renewable fuels are at least five times more expensive than kerosene, meaning that German airlines would, therefore, only have a few days before going bankrupt.

So would an EU-internal blending quota be a possibility?

Yes, but then it would have to be coordinated at EU level to avoid massive distortions on the market.

Are there any proposals about this coming from Brussels?

The knowledge that we need regenerative fuels has also increased in the EU. Now, with the formation of the new European Commission and the new Parliament, there is an opportunity to be bold and tackle the issue in the new legislative period.

We hope that the Commission will present concrete proposals for an industrial policy path to building the necessary production capacity for e-fuels. 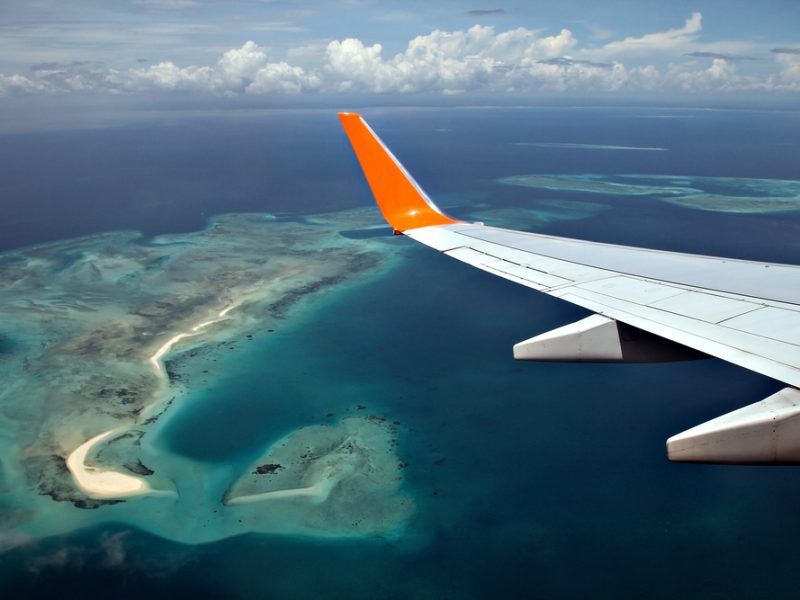 According to an international study, the tourism sector accounts for 8% of all anthropogenic emissions of CO2, and its carbon footprint could increase significantly due to a lack of regulations. EURACTIV’s partner le Journal de l’environnement reports.

It is easy to always blame politics. Is the free market not also responsible for finding solutions?

I have already explained that the most significant lever for reducing CO2 has so far come from the market itself, namely efficiency technologies. The industrial production of regenerative fuels for aviation, however, requires fundamental decisions on energy policy and the establishment of comprehensive support programmes.

The state must take these necessary decisions since companies are unable to. The same applies to mechanisms for CO2 pricing. But of course, we offer close cooperation and support.

Ultimately, the environment would undoubtedly benefit the most if we all flew less. The German government has tried to stimulate this in its climate package by increasing the aviation tax from 2021 onwards. What are your thoughts on this?

The German aviation tax has done nothing to protect the climate. The revenues have not even been used for climate measures in aviation. It has only led to German airlines losing market share at their domestic airports.

There are no fewer flights, but foreign companies now handle more traffic.

And what if the air traffic tax were only to be raised for domestic flights, and by a lot more?

That is what we have proposed. There is, at least in theory, a possibility of switching to train travel and thus having a particular steering effect. But the legislator has rejected this, which shows, by the way, that the legislator is obviously above all interested in collecting additional tax revenue. 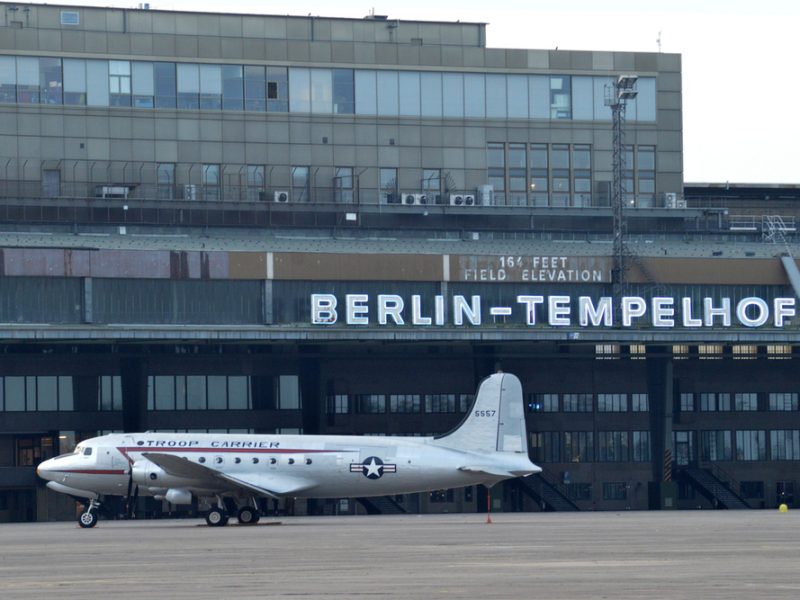 Would you support a kerosene tax if it were introduced across the EU?

In aviation, kerosene taxation would certainly be the least viable option. We support internationally coordinated CO2 pricing instruments. In this spirit, we would also welcome it if an aviation tax were levied equally in all EU member states. That would significantly reduce the distortion of competition.

What can I do as a consumer? There are, for example, compensation certificates that anyone can buy for their flight. Are they in demand?

Unfortunately, hardly any of these offers have been taken up so far. Interestingly, a vast majority of the population thinks that climate protection is their most important personal concern.

But when they fly, most are not prepared to pay for it.