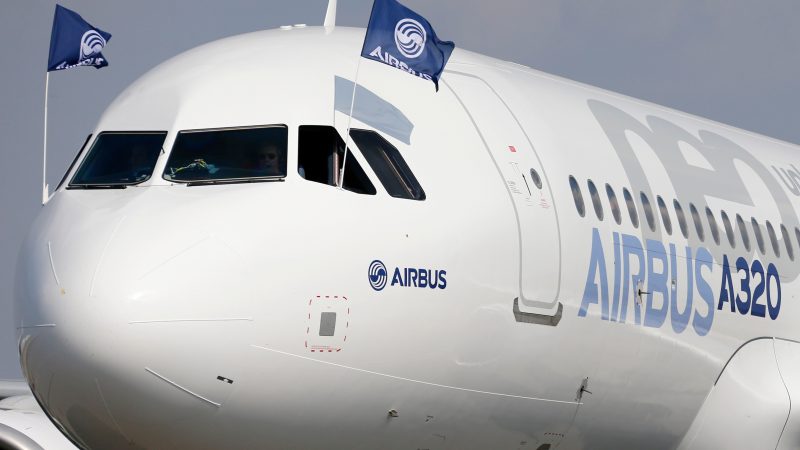 The Airbus A320neo aircraft taxis after landing from its first flight from the airport of Toulouse-Blagnac, southern France, 25 September 2014. [EPA-EFE/GUILLAUME HORCAJUELO]

Most airliners will rely on traditional jet engines until at least 2050, with the introduction of zero-emissions hydrogen limited to regional and short-range planes, Airbus told European Union officials in a briefing released on Thursday (10 June).

The planemaker has emerged as the industry’s leading champion for hydrogen propulsion, saying it plans to develop the world’s first zero-emission commercial aircraft by 2035.

It has not publicly said whether the technology will be ready in time for the European industry’s next major milestone – a replacement for the medium-haul A320 in the 2030s – but February’s briefing to EU officials appeared to rule this out.

“Zero-emission hydrogen aircraft will be primarily focused on regional and shorter-range aircraft from 2035. Which means that current and future iterations of highly efficient gas turbines will still be required as we move towards 2050, especially for long-haul operations,” the presentation said.

Slides from the presentation to the office of European Commission Vice-President Frans Timmermans were released by InfluenceMap, an investor-led climate lobbying watchdog which said it obtained them through a freedom of information request.

“It is not yet decided what market segment the first zero-emission aircraft will target,” an Airbus spokesperson said on Thursday, declining further comment on the February meeting.

Although research remains at an early stage, possible paths to replacement of the A320 are already a major focus of debate as rival Boeing ponders how to shore up the competing 737 MAX and engine makers focus on evolving gas turbines.

Hydrogen has also taken centre-stage in talks over European government support for aviation during the COVID-19 crisis.

In June last year, France announced an increase in funding for the CORAC aviation research body including €1.5 billion over three years for technology such as hydrogen, rescuing 500 out of 15,000 jobs threatened by an Airbus restructuring.

The finance ministry listed five key targets for the investment including a successor to the workhorse A320, which it said would use hydrogen instead of today’s gas turbines and enter service between 2033 and 2035.

Industry officials have played down the prospect of a switch to hydrogen for the A320 family’s replacement because of the aircraft’s size and range, and infrastructure needed globally. Airbus says an A320 takes off or lands every 1.6 seconds.

Airbus officials say the research will in any case seed disruptive technology likely to play a role in the next generation of airplanes.

As an interim step, Airbus and others have called for more widespread use of sustainable fuels in existing planes.

In February’s presentation, Airbus displayed industry forecasts suggesting the A320’s medium-haul category of 150-250 seats would be powered by sustainable aviation fuel (SAF) first, and “potentially some hydrogen” from 2050.

In September last year, Airbus presented three concepts for a hydrogen plane to enter service in 2035 including a turboprop, a traditional-looking twin-engined plane powered by hybrid-hydrogen engines and a more radical blended-wing body aircraft.

Airbus has said it will choose the final product for a new decarbonised plane in 2025. The briefing said it would also narrow down the choice of broad concept as early as mid-2022. 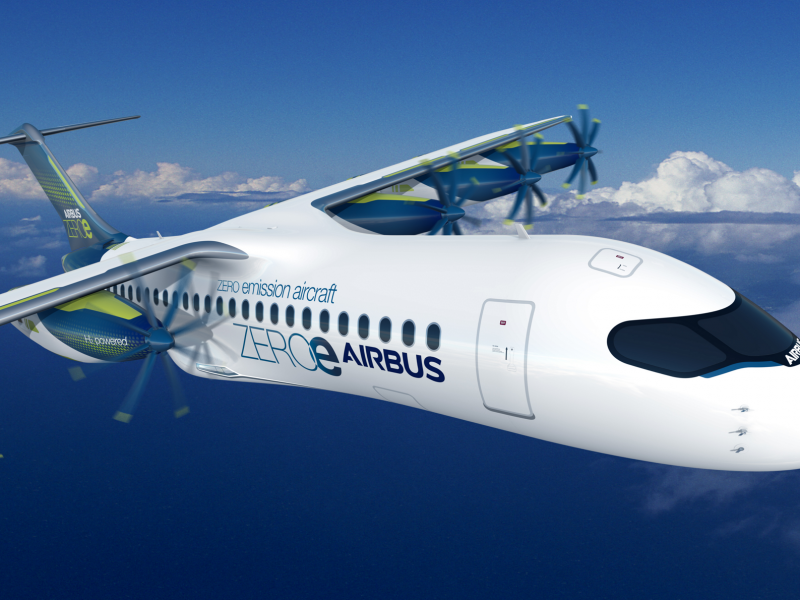