The changes will affect the 2021-2023 pilot phase of CORSIA. [Photo:Heffalum / Shutterstock]

At the end of a council meeting of the International Civil Aviation Organisation (ICAO) on Tuesday (30 June), its 36 members agreed to tweak the baseline for the CORSIA offset scheme.

The airline industry had requested the change, citing the virus outbreak’s impact on air travel and the additional costs that would be incurred by including this year’s lower emission figures in the calculation metric.

CORSIA’s original rules use 2019-2020 as the reference point, which would in theory drag down the offset ceiling, obligating airlines to shell out more money to neutralise their emissions.

“Council States today have made a measured assessment and have come to the most reasonable solution available given our current and very extraordinary circumstances,” said ICAO Council President Salvatore Sciacchitano.

The International Air Transport Association (IATA) called the change “reasonable” and “an objective that is reachable in the long run, to reduce CO2 emissions significantly and effectively.”

Environmental groups opposed to tweaking the baseline insist that using just 2019 will render the three-year-long pilot scheme useless, as emissions growth is unlikely to climb back above 2019’s levels. There will be no CO2 to offset. 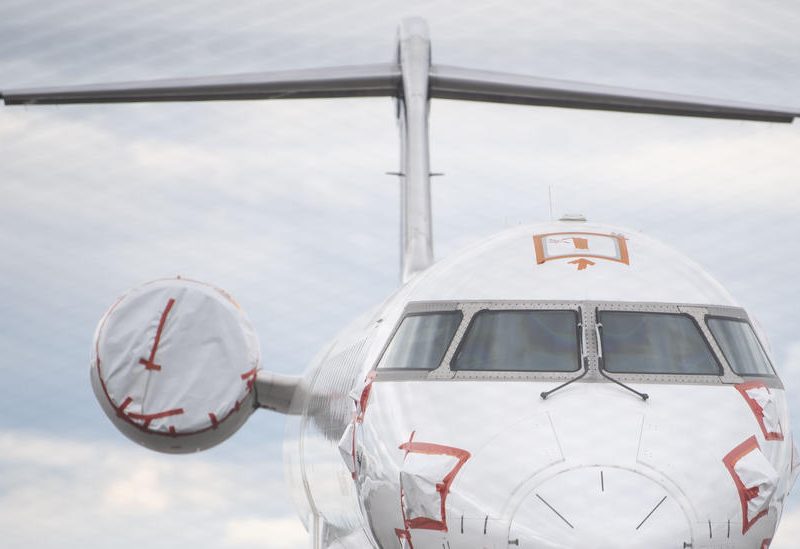 European Council representatives agreed on Tuesday (9 June) to push for coronavirus-induced rule changes to the UN’s aviation emissions offset scheme. Instead of curbing CO2 at 2019-2020 levels, the EU, as well as airline companies, wants the baseline to be just last year.

According to Carbon Market Watch, “while CORSIA will officially start in 2021, airlines will not have to do anything until several years later.” The Environmental Defense Fund (EDF) called it “a bad precedent”.

The financial argument made by airlines was also the subject of criticism. Carbon market analysts say that there are ample offset credits available, which means they trade for as low as 25 US cents per permit.

EDF pointed out that “it means that airlines will lose the first-mover advantage they had sought to secure through CORSIA, as other carbon market actors will beat them to the punch on long-term supply contracts.”

The ICAO council meeting ran over by nearly two days as members failed to broker a deal. The US reportedly threatened to walk away from the pilot phase if the baseline change was not made.

It is still unclear whether or not the council’s decision will need to be approved by ICAO’s full assembly of more than 190 members. A spokesperson for the secretariat of the body said it would issue legal guidance on the matter.

As part of its decision, the council also did not rule out further changes to the rules over the coming years and will decide at a later date whether the baseline tweak will apply to the rest of the scheme after the pilot phase ends.

The European Union’s member states agreed before the start of the ICAO meeting to push for a baseline change, after every country bar Sweden voted in favour of the joint position.

“Adapting the baseline is crucial to maintaining a similar level of ambition for the scheme and the commitment of ICAO states to the CORSIA pilot phase while taking into account the extremely difficult circumstances created by the pandemic for international air traffic,” said Croatia’s transport minister, Oleg Butković, at the time.

But senior MEPs from across the political spectrum had previously urged the Council not to be too hasty in changing the rules, warning that the true economic impact of the virus is still not clear.

Dutch Greens lawmaker Bas Eickhout was among those MEPs that wanted ICAO to wait until 2022 to take stock of the situation. He told EURACTIV that yesterday’s decision is “another nail in CORSIA’s coffin”.

“Each time we see the lowest common denominator is getting lower than before. If this Commission is serious on its Green Deal it should really change course and start preparing for EU action on international aviation as well,” he added.

Environment committee chair Pascal Canfin (Renew) said that “this is clearly not good news. It is also in stark contradiction with what citizens are calling for: not to use the crisis to delay or dilute climate ambition.”

The Frenchman also added that the Commission still needs to publish its report on the environmental integrity of CORSIA and that the EU should “lead ambition to regulate aviation emissions” as part of an upcoming review of the Emissions Trading System (ETS).

The EU’s carbon market currently only includes intra-EU flights between and within member states. Following a 2016 decision, the Commission agreed to exempt journeys in and out of the bloc from charges.

According to sources contacted by EURACTIV, the EU executive is not currently contemplating the idea of folding international flights into the ETS but legislative changes to how the sector is regulated might yet be made.

Airlines are issued a number of free pollution allowances every year but momentum is building behind a push to reduce or scrap completely those perks. Poland first mooted the idea earlier in 2020 and it is likely to come back on the agenda during Germany’s EU presidency.

The Commission has also proposed using ETS revenues to help repay its €750 billion virus recovery programme, which it would borrow from the capital markets. Its calculations insist that a slew of so-called own-resources could cover all the repayments.

Tapping into carbon market profits is a divisive issue that member states have rebuffed in the past. But there could be room for negotiation, as the Commission has suggested including the shipping sector and ring-fencing existing payments to sweeten the deal.