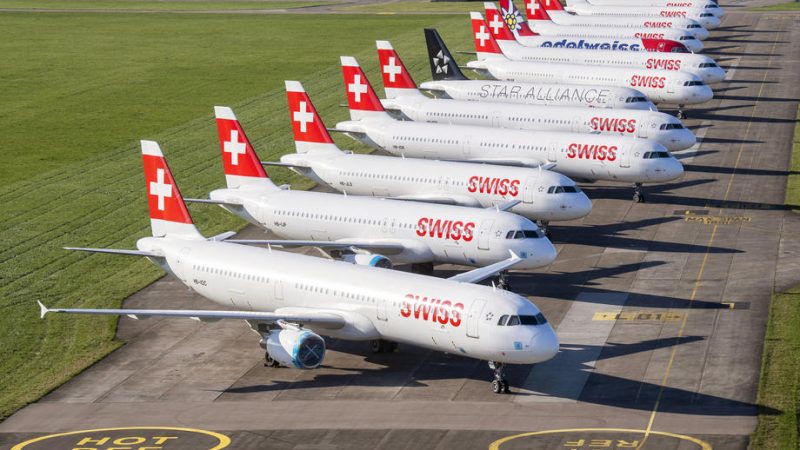 Quarantine measures and border closures have cut air traffic by up to 90% in places. As of yesterday, more than 10,000 planes – 40% of the global commercial fleet – were out of service, with Europe’s runways and aprons hosting the most of any continent, across 210 airports.

Aircraft are only classed as in storage when they have not be used for seven consecutive days and the numbers, compiled by industry experts Cirium, include wide-body, narrow-body and regional size planes.

Virus lockdown measures are ongoing and no uptick in flight demand is expected in the short term, so parking places are going to be at a premium as more airliners are taken out of commission.

“It creates issues, we have to close runways and convert them to parking space,” warned the head of the International Air Transport Association, Alexander de Juniac. Airports and airlines are currently coordinating their plans to limit disruption.

More places may be needed sooner rather than later, especially in Europe, where so-called ‘use it or lose it’ aircraft slot rules were finally suspended by the EU institutions on Monday. The EU Council rubber-stamped the waiver after MEPs approved it last week.

Planes cannot simply be parked and left without a second thought. Maintenance crews have to prepare jets for their time on the ground, including covering engines and wheels with tarpaulins.

TUI’s fleet of 737 MAX planes – grounded worldwide since March 2019 after two fatal crashes – offers a cautionary tale, according to one aviation insider who told EURACTIV that plane interiors are damp or decaying, while rust has started to damage crucial components.

Airlines like Jet2 are using the down-time to do non-essential repairs to their planes and keep engines in working order, in order to avoid extra costs when services resume.

Scandinavian carrier SAS is trying to stave off the worst effects of the crisis by using its passenger planes to carry cargo. Yesterday, a first freight service between Stockholm and Chicago transported medical supplies and perishable items.

A spokesperson said that more flights are in the pipeline and that a passenger-free plane can carry 30 tonnes of cargo rather than its normal 20 tonnes.

According to the European Commission, air freight accounts for around 30% of the value of total trade in and out of the EU, as it is normally expensive, time-sensitive items that are shipped by plane.