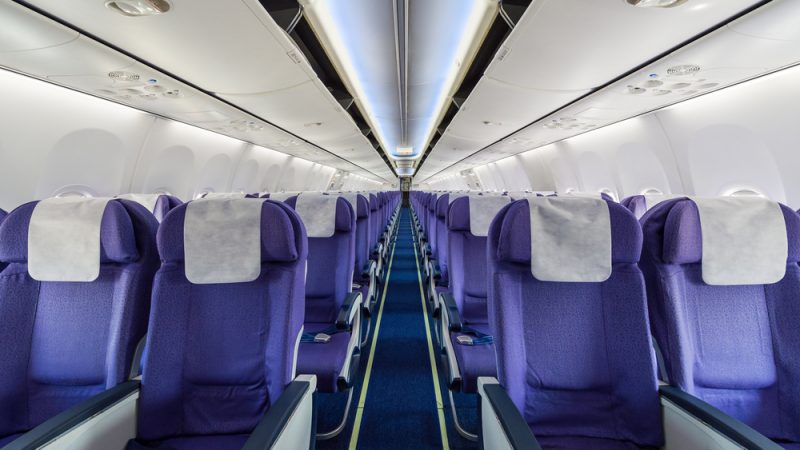 No more 'ghost flights': the EU is going to relax rules that oblige airlines to keep planes in the sky. [Photo: Shutterstock]

Airlines are allocated airport slots – times they can land and take off – but risk losing them if they do not stick to at least 80% of them during a calendar year.

Although the virus outbreak has curbed travel plans and resulted in mass cancellations of flights in an effort to contain the disease, carriers have still had to put planes in the sky in order to safeguard next year’s business plan.

The rules have been suspended in the past, after the 11 September terrorist attacks, during the SARS epidemic and at certain points during 2008’s financial crisis. Coronavirus will get the same treatment.

Commission President Ursula von der Leyen told reporters that “in aviation, the outbreak has a major impact on the European and international industry. The Commission will put forward very rapidly legislation because we want to make it easier for airlines to operate slots.”

She added that it will only be a temporary measure and that it will help both the industry and the environment, as it will put a stop to the ‘ghost flights’.

EURACTIV understands that the nitty-gritty of how long to suspend the rules – whether it will be a full moratorium or just a relaxation of the legislation – still needs to be worked out by the EU executive’s transport officials.

The Commission was under pressure to act from several angles. Eight Green MEPs had already written to EU transport boss Adina Vălean urging her to suspend the so-called 80/20 regulation, citing the needless environmental impact of continued adherence to the rules.

European Parliament transport committee chair Karima Delli – who co-signed the letter – said that “empty flights are one of the coronavirus’ most ecologically and economically harmful consequences”.

German colleague Jutta Paulus also welcomed the Commission’s course of action and added that she hopes the measures will apply to normal flights because “even without a pandemic, there are far too many empty flights”.

Vălean  explained in a statement that “given the urgency, the Commission will in due course present a legislative proposal and calls on the European Parliament and the Council to swiftly adopt this measure in co-decision procedure.”

France’s finance minister, Bruno Le Maire, said on Monday (9 March) that he had asked EU economy chief Paolo Gentiloni to make sure “companies can keep their air slots without having to run their empty planes in the sky”.

Le Maire added that “it is completely absurd that this regulation applies in the current circumstances”.

Industry group IATA had warned that aviation could suffer more than $100 billion in losses because of the virus.

At an aviation conference in Brussels on 3 March, Air France-KLM CEO Benjamin Smith also asked for the rules to be relaxed. The aid comes too late for UK carrier Flybe though, which collapsed under pressure last week.

Despite leaving the EU on 31 January, British transport minister Grant Schapps also sought a suspension of the regulation. That is because the law still applies during the Brexit transition period, which expires on 31 December.

British Airways also called for more leeway after inheriting Flybe’s Heathrow Airport slots and realising that it will be a struggle to hold on to them beyond 2020.