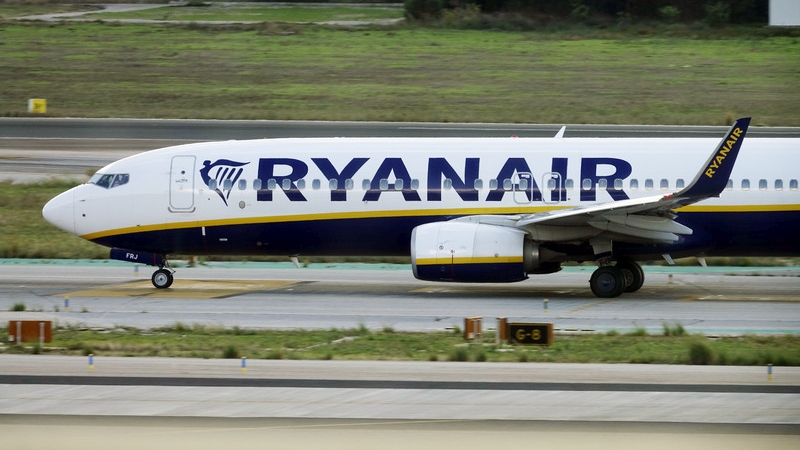 The efficacy of offsets, particularly reforesting schemes, have long been questioned by environmental campaigners, who portray them as more token action than real climate solution. [EPA-EFE/MAURITZ ANTIN]

Irish budget airline Ryanair will soon roll out a new “carbon calculator” the company says will allow customers to fully offset their flight emissions – a claim that has been met with scepticism by climate campaigners.

The digital tool will calculate the carbon emissions per passenger on each Ryanair route, enabling customers to pay to offset the carbon cost of their journey.

The programme is an expansion of Ryanair’s previous scheme, under which customers could pay a flat offsetting fee of €2.

“Hundreds of thousands of Ryanair customers every year are already choosing to contribute and support the environment by selecting carbon contribution at their time of booking,” said Thomas Fowler, Ryanair’s director of sustainability.

“The expansion of our Carbon Offset Scheme to enable our customers to fully offset the CO2 of their Ryanair flight will greatly enhance the capabilities of each of our environmental partners who are actively working on carbon offsetting programmes.”

The airline has selected several carbon offsetting initiatives, which include a wind farm in Turkey, a reforestation project in Portugal’s Algarve region, the distribution of energy-efficient cooking stoves in Uganda, and a project in Malawi that provides safe drinking water, reducing the need for communities to boil water to make it potable.

In a statement, Ryanair stressed its dedication to achieving net carbon neutrality by 2050, outlining its aim to ramp up the use of sustainable aviation fuels and its investment in cleaner aircraft.

But the efficacy of offsets, particularly reforesting schemes, have long been questioned by environmental campaigners, who portray them as more token action than real climate solution.

“Simply put, there will never be enough carbon sink capacities in natural ecosystems to compensate for the enormous scale of aviation emissions in recent years,” she told EURACTIV.

“We need to rapidly phase out fossil fuels and drastically reduce carbon and other greenhouse gas emissions. Schemes like Ryanair’s are false solutions which will actually delay both of those imperative goals,” Schenk added.

The International Council on Clean Transportation (ICCT), a mobility research organisation, warned that while offering offsets is a step towards addressing emissions, it does not necessarily make Ryanair a “greener” airline, as claimed.

“Through offsets, consumers are essentially paying other sectors to reduce emissions for the aviation industry. If airlines would like to accelerate aviation decarbonisation through consumer engagements, offering options to purchase sustainable aviation fuel credits would make more sense than offsets,” Sola Zheng, an aviation researcher with ICCT, told EURACTIV.

“Most offsets are currently priced much lower than the social cost of carbon, and the price charged includes brokerage fees, so consumers are not paying enough for the damage that a ton of CO2 emissions causes,” she added.

Despite the issues with offsets, Zheng believes that allowing consumers to quantify flight emissions is a positive move, as it helps to raise consumer awareness of flying’s environmental price.

“Ryanair can consider leading in emissions disclosure to attract more consumers to low-emitting flights like the ones they are operating,” said Zheng.

Aviation, which accounted for 3.8% of EU CO2 emissions in 2017, has proven a difficult sector to decarbonise. Clean aircraft, such as electric and hydrogen-powered jets, are unlikely to be in commercial operation until around 2030.

The European Commission proposed a raft of new legislation to decarbonise the aviation sector earlier this month, as part of its aim to cut emissions by 55% by 2030 on the way to net neutrality by 2050.

The proposed measures include imposing a green jet fuel mandate on all flights refuelling at EU airports, with kerosene required to include a blend of at least 5% sustainable aviation fuel by 2030.

Kerosene may also lose its current tax break, while free CO2 permits for the EU’s carbon market, which covers airlines whose flights are within the bloc, could be phased out by 2026.