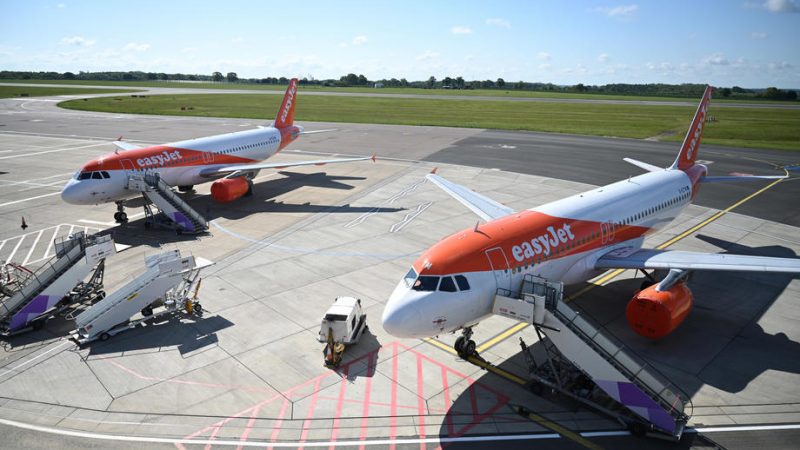 British airline EasyJet said it had pushed back the delivery of 24 aircraft to between 2025 and 2027 and secured additional flexibility on orders from planemaker Airbus as part of its planning for a smaller travel market.

EasyJet is not expecting travel demand to recover to its pre-coronavirus levels until 2023 and the airline has been under strain due to months without revenues during lockdown. It said in May it needed to cut 4,500 jobs, or 30% of its workforce.

It had already said in April it would defer the 24 planes. Shares in the company traded up 7% to 825 pence after its announcement of the new delivery schedule.

EasyJet had faced pressure from its founder Stelios Haji-Ioannou to cancel the plane order entirely, even offering cash rewards to any employees that could find loopholes in the deal. But other shareholders threw their weight behind management to stick with it.

The updated deal with Airbus also gives easyJet the option to cancel up to seven aircraft currently scheduled for delivery between 2022 and 2026 as well as providing it with flexibility over purchase options, the airline said.

“The changes agreed defer capacity in the medium term while continuing our long-term strategy of replacing our older fleet with the advanced and lower fuel burning A320NEO family,” easyJet Chief Executive Johan Lundgren said in a statement.

The deferral deal with Airbus means that easyJet could have to pay up to 95 million pounds ($120 million) more between its full-year 2025 and its full-year 2027 but it said its cashflow over the next 16 months would benefit from the deferrals.

After months of being grounded, easyJet’s planes started flying a minimal service on Monday. The airline is planning to ramp up its activities in July but strict UK quarantine rules are hampering the hoped-for recovery.