“We, the above-mentioned Member States, see the use of SAF as one of the most achievable and effective pathways to reduce the climate effects of the aviation sector in the short term,” the statement reads.

A “European blending mandate for SAF” will increase supply and demand for green fuels, the eight countries argue in the letter.

SAFs, which include advanced biofuels and electro-fuels, currently make up only 0.05% of EU jet fuel consumption.

A mandatory blend percentage will stimulate investment in green fuels and increase supply, argue the ministers, saying this will make the fuels more competitive.

The statement comes in advance of the publication of the ReFuelEU initiative, which will lay out a framework for decarbonising the aviation industry, including setting requirements for the use of SAFs. It is expected to be published by the European Commission in the first quarter of 2021.

SAFs can be rapidly deployed as no infrastructural changes at airports are required. They are a “drop-in” technology that can be blended with kerosene and used without requiring any modifications to the plane’s engine.

Aviation will continue to rely on liquid fuel for the next decade, said Andreas Scheuer, German minister of transport and digital infrastructure, as zero and low-emission technologies used in cars and vans, such as hydrogen and electric batteries, are not ready for use in commercial flights.

The joint statement was presented on Monday (8 February) at an online event hosted by Cora van Nieuwenhuizen, the Dutch minister of infrastructure and water management.

Speaking at the event, European commissioner for transport Adina Vălean highlighted the “impressive” potential of SAFs, noting their compatibility with today’s aircrafts. Their production “poses no threat” to land use or water reserves, she added.

However, Vălean cautioned that SAFs are not yet available in the quantities necessary, saying this must be changed.

“With the right economic and regulatory environment, our analysis suggests that synthetic fuels will become one of the most important roads to decarbonising aviation. For now, we can only see their potential, as production is still in the very early stages,” she said.

French minister of state for transport Jean-Baptiste Djebbari expressed support for the use of SAFs but cautioned about relying on feedstocks – used to produce biofuels – from outside the bloc.

Non-EU feedstocks may not be as green as hoped for and would harm EU energy independence efforts, said Djebbari.

Frans Timmermans, the EU’s climate policy chief, praised the aviation sector for their commitment to cutting emissions, noting that industry players have shown “no reluctance” to decarbonise.

Outside of Europe, the election of Joe Biden as the President of the United States has made greening international aviation more likely, said Timmermans.

“This argument that is traditionally used that we cannot touch the aviation sector because it is an international sector and that [doing it] will kill our industry, etc. – that argument becomes more or less moot as we all start moving in the same direction,” he said.

Several speakers at the event referenced the severe downturn the aviation industry faces as a result of COVID-19 but stressed that any recovery must be done sustainably.

“Aviation was particularly hard hit and a lot of public money was put into keeping the sector alive and I think that was a good choice. The aviation sector is going to be crucial in our recovery and in the future structure of our economy, but it has to be an aviation sector with a heavily reduced carbon footprint,” said Timmermans.

Commissioner Vălean agreed. “By 2035 we might have 14.4 million flights per year in Europe. It makes no sense to bounce straight from catastrophic losses to increased environmental impact,” she said. 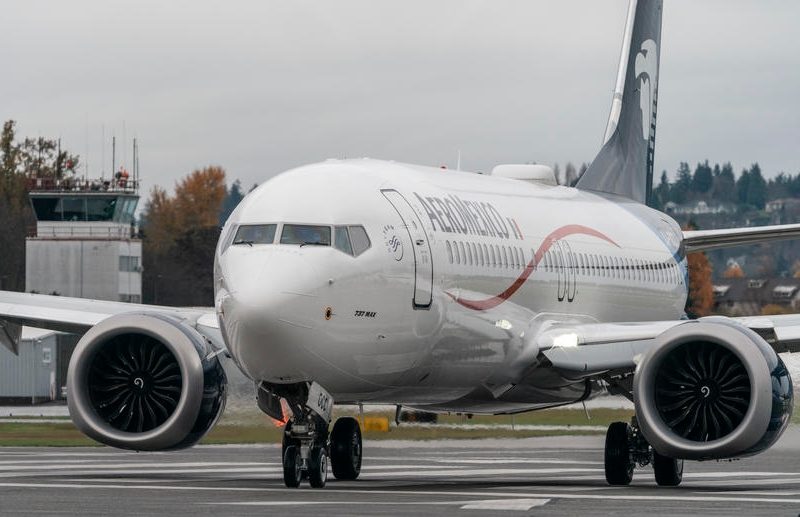