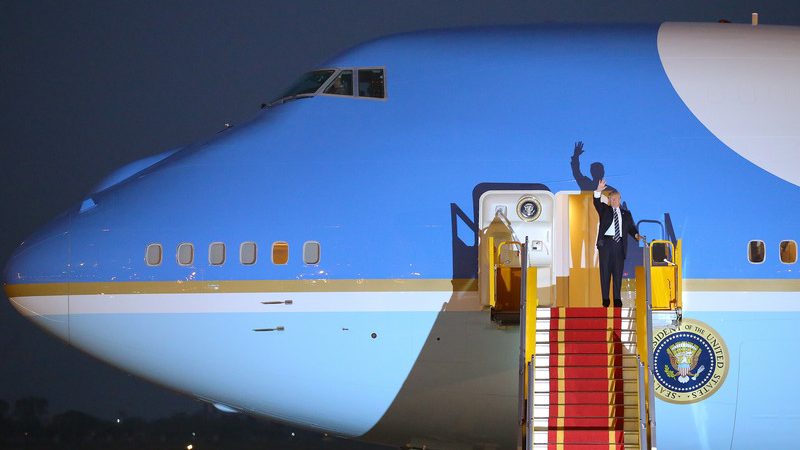 Europe’s airlines – already struggling because of the coronavirus outbreak – are expected to be hard hit by US President Donald Trump’s 11 March ban on flights from the Schengen area. EU heads were left fuming by the unilateral decision.

The US administration’s ban has quickly rocked the stock market fortunes of some of Europe’s biggest aviation names. Air France-KLM saw its share price plummet 15% on Thursday morning (12 March).

As of midnight on Friday evening, around 3,500 flights per week – which would have carried more than one million passengers – will be cancelled.

Nearly 30% of that transatlantic market is covered by Air France-KLM’s joint venture with US carrier Delta. German airline Lufthansa and its partnership with United account for a further 36% of traffic.

Air France-KLM will have to rethink seriously its strategy as the new state-of-play could scrub a third of its flights. The group had previously only planned to cut 13% of trips. Lufthansa is ready to cancel up to 50%.

Last week, industry group IATA warned that the impact of the coronavirus could cost the sector more than $100 billion this year.

The cost of transatlantic air freight is set to soar, as capacity could be cut up to 80%. Few airlines operate cargo-only flights and most shipping is done on board passenger services. Analysts suggested costs per kg could double or even triple.

Europe’s airlines will likely be hit even harder by Trump’s ban, as their US equivalents can reroute their wide-body long-haul aircraft to domestic routes if needed. That option is not possible for Europe’s short-haul trips.

Air France-KLM CEO Benjamin Smith warned on 3 March that coronavirus could lead to consolidation in the European market, although he did not elaborate whether that meant mergers or bankruptcies, or both.

The Canadian executive also called on governments to suspend any plans they have to level additional green taxes on his industry. “New taxes put extra pressure on us, for example in France and the Netherlands,” Smith told a Brussels aviation conference.

Industry group Airlines for Europe called on the EU and national governments to act immediately in the wake of Trump’s announcement and – in particular – said that rules on passenger rights need to be adapted to deal with the outbreak.

“We are now faced with another situation in which there are no formal rules to limit the financial liability of our airlines in case of extraordinary circumstances, be it the eruption of an Icelandic volcano or the current COVID-19 outbreak,” he said in a statement.

The group – which represents some of Europe’s largest carriers – said that a three-night-limit on accommodation and €100 per night allowance should be implemented during the outbreak period.

Pilots association ECA said that “the only way to deal with this crisis is to have aviation employees and management to work together to come up with sensible contingency plans”. The group added that “this is not the time to think about profits or shareholder returns”.

In for the long-haul

Trump’s ban has already been criticised for being both disproportionate and ill-founded, as it does not include the EU’s non-Schengen members – Bulgaria, Croatia, Cyprus, Ireland and Romania – or Norway and the United Kingdom.

The US president said that the UK had been excluded from the list because the government is doing “a good job”. At time of publishing, Britain had recorded 590 cases and 10 people had died.

A European Commission spokesperson refused to say whether it suggested citizens from Schengen countries are more likely to carry the disease that non-Schengen citizens.

The Commission and Council presidents, Ursula von der Leyen and Charles Michel, said in a statement though that “the coronavirus is a global crisis, not limited to any continent and it requires cooperation rather than unilateral action”.

“The European Union disapproves of the fact that the US decision to improve a travel ban was taken unilaterally and without consultation,” they added.

Von der Leyen’s Commission was praised by the aviation sector for agreeing to suspend so-called ‘use it or lose it’ rules for airport slots, which had obliged airlines to keep empty planes in the air or risk forfeiting lucrative routes in 2021.

Work is ongoing to relax or suspend completely EU law – which previously also happened after the 9/11 terrorist attacks and during the SARS outbreak – but details still have to be ironed out. 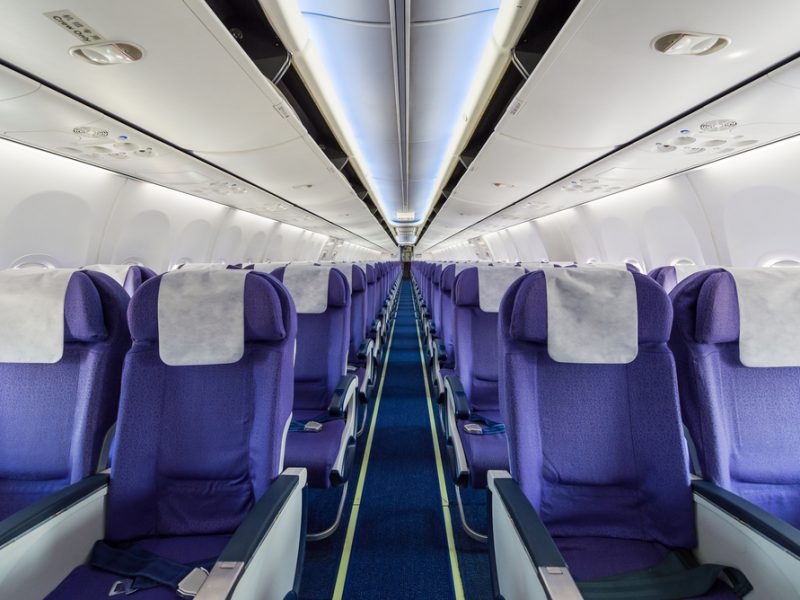 According to EU sources, the Commission might be in a position to propose something as early as this week. It would then be up to the Council and Parliament to give the green light to the emergency measures.

US regulator, the FAA, said on Wednesday it would suspend its rules until the end of May in order to give airlines a helping hand. However, the agency said the exemption might be withdrawn if it is not mirrored by other jurisdictions, like the EU.

The FAA added that it will keep the waiver under review and notify airlines if an extension is needed.