Urban air taxis will be a reality ‘within three to five years’, EU regulator says 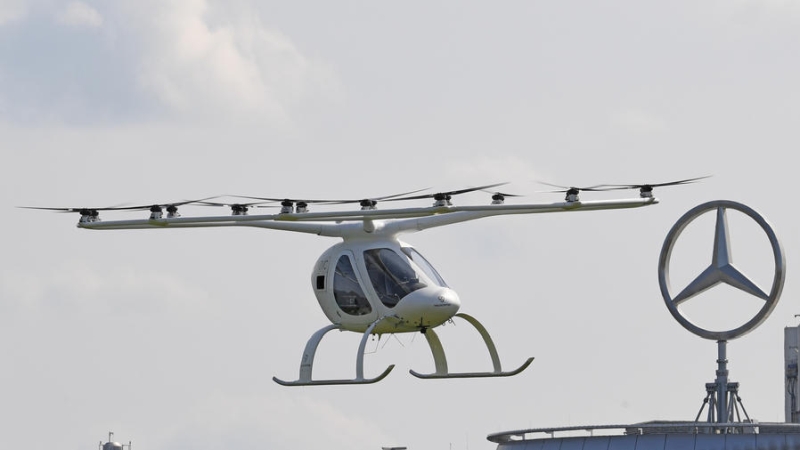 The electrically powered air taxi Volocopter makes a presentation flight on the grounds of the Mercedes Museum in Stuttgart, Germany, on 14 September 2019. [EPA-EFE/Franziska Kraufmann]

Futuristic aircraft such as air taxis and ambulances will be in flight above European cities within three to five years according to the chief of the European Aviation Safety Agency (EASA), bringing the science-fiction prospect of flying cars a step closer to reality.

But while a recent EASA study shows most Europeans would welcome the rollout of urban air mobility, those innovative aircraft also pose new concerns and regulatory challenges.

“Urban Air Mobility – defined as an air transportation system for passengers and cargo in and around urban environments – may be deployed in Europe within three to five years, offering the potential for greener and faster mobility solutions,” EASA said in the study, published on Wednesday (19 May).

“As several projects and demonstrations are under way, it is time for the European Union, and for national and local authorities to prepare the framework that will enable this new mode of transport and give Europe the chance of establishing itself as one of the first movers in this field at a global level,” the study said.

Urban air mobility refers to drone-like flying objects capable of transporting passengers and cargo in dense cities thanks to their ability to land and take-off vertically. And while still at an early stage, the urban air mobility market is predicted to be worth around €4.2 billion by 2030, creating around 90,000 jobs.

Supporters predict that the vehicles will bring an array of benefits, such as the ability to quickly ferry the injured to hospital or medical professionals to the scene of an incident. Urban air mobility is additionally touted as a way to alleviate traffic jams and improve connectivity with remote areas.

The vehicles are also theoretically greener than traditional, fossil-fuel-reliant jets and helicopters, as most models are battery powered.

But critics raise questions about the vehicles’ safety, as well as their contribution to noise pollution and impact on wildlife.

Already several urban air mobility start-ups have applied for certification, a novel process expected to take around four or five years for each vehicle according to the EU’s aviation regulator.

EASA has been laying the groundwork for the regulation of urban air mobility for several years, publishing proposed standards for vertical take-off and landing aircraft in July 2019, and for delivery drones in December 2020.

Preparation is also underway to establish the certification rules for urban air mobility pilots – either in the aircraft or flying it remotely – as the category does not currently exist. 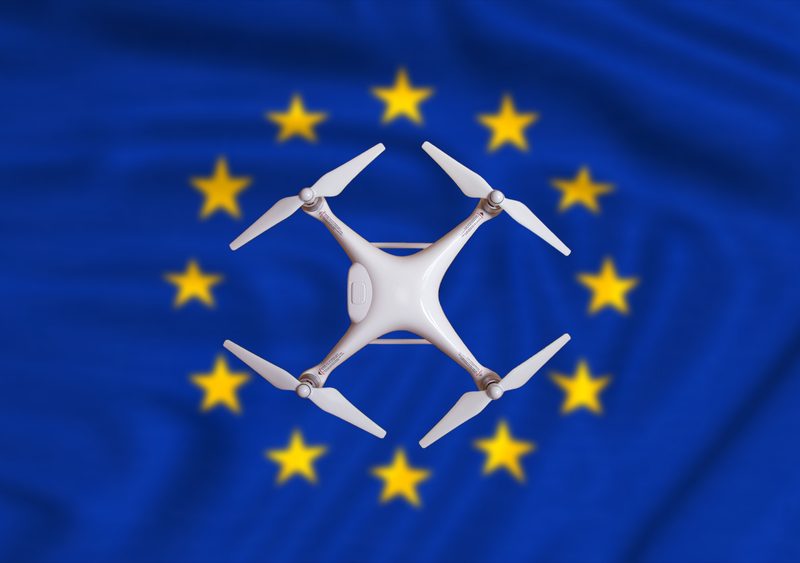 EU looks to drones, space communication to get ahead in tech race

An online survey carried out by EASA between November 2020 and April 2021 sought to better understand the public’s perception of urban air mobility.

The cities of Barcelona, Budapest, Hamburg, Milan, Öresund (the cross-border area of Denmark and Sweden), and Paris were chosen, as they represent a geographic cross-section of the EU. A minimum of 600 people from each location was invited to respond.

Results found no major deviation in opinion between cities, with respondents sharing broadly similar impressions of urban air mobility regardless of age or location.

The survey showed that 83% of respondents have a positive attitude towards urban air mobility, with 64% ready to try out drones and just under half willing to travel via air taxi.

When asked about potential uses, respondents chose emergency medical transport as the most valuable application of the technology. Uses not in the public interest, such as sightseeing or business travel, landed at the bottom of the list.

Safety and security issues, such as technical failure and the use of aircraft for terrorist attacks or criminal purposes, emerged as leading concerns. Respondents also questioned the vehicles’ susceptibility to cyber hacking.

The potential impact on animals, particularly airborne creatures such as birds, bats, and insects, was the second most flagged issue, with noise pollution in third position.

Survey-takers also cited the “visual pollution” that would be caused by masses of flying objects as a potential nuisance.

“For EASA as a regulator this [survey] information is crucial. It will allow us to set up the rules and regulations for this area in a way that is aligned with the expectations and perceptions of citizens,” he said.

Europe faces up to flight safety threat posed by drones

One response to “Urban air taxis will be a reality ‘within three to five years’, EU regulator says”