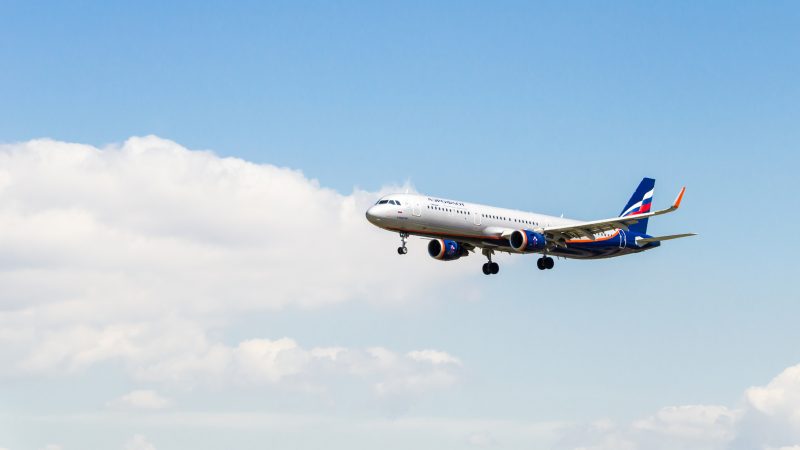 Russian aircraft will not be able to land in, take off from, or overfly any EU member state. [Toni. M / Shutterstock.com]

Under the ban, Russian planes will not be able to land in, take off from, or overfly any EU member state.

“We are proposing a prohibition on all Russian owned, Russian registered, and Russian controlled aircraft,” said EU Commission president Ursula von der Leyen on Sunday evening (27 February). “Let me be very clear – our airspace will be closed to every Russian plane, and that includes the private jets of oligarchs too.”

The formal decision to close EU airspace to Russia was widely expected, as the majority of member states had already issued national bans prior to the announcement from Brussels.

Several EU countries, including Italy, Ireland, Austria, and Denmark, had publicly called for these national restrictions to be extended across the bloc.

France is shutting its airspace to all Russian aircraft and airlines from this evening on. To the Russian invasion of Ukraine, Europe responds with total unity.

The UK has also issued a nationwide restriction, bringing the total number of countries blockading Russian aircraft to almost 30.

Aeroflot, Russia’s national airline, has been forced to cancel all flights to and from European cities as a result of the measures.

The rapid succession of national bans announced today has caused disruption, with one Brussels-bound Aeroflot flight forced to turn around mid-journey to avoid entering prohibited airspace.

The bloc-wide restrictions will require Russian airlines to take indirect routes to reach destinations beyond Europe, pushing up fuel costs and journey times.

The Kremlin has already curbed most EU countries’ access to Russian airspace, responding in kind to each national ban. British-registered aircraft are also prohibited from crossing or landing in the country.

The German flag carrier Lufthansa said in a statement on Saturday it would “not use Russian airspace for the next seven days due to the current and emerging regulatory situation”.

As part of a package of sanctions targeted at Moscow, EU leaders have banned the export of goods and technology in the aviation and space industry to Russia and cut insurance coverage and maintenance services.

The ban covers the sale of jetliners, spare parts and equipment, a move aimed at crippling Russia’s air connectivity.