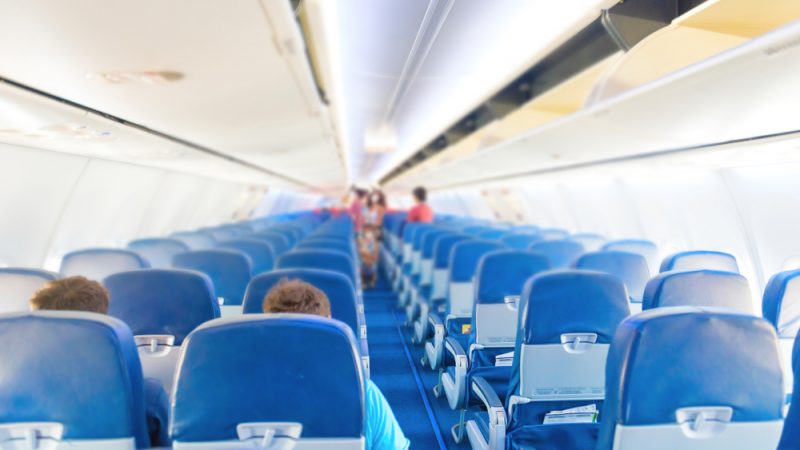 Social distancing requirements may not be possible on board aircraft. [Photo: S.stock]

Air travel has ground to a halt because of the virus outbreak and airlines are struggling to stay afloat as they burn through cash reserves. Most are dividing their time between operating skeleton services, requesting state aid and planning for life after lockdown.

EU transport ministers meet virtually later on Wednesday (29 April) when they will discuss plans to resume services. The European Commission is drafting a strategy to that end which its officials hope to publish in mid May.

Some carriers have already rolled out measures such as blocking out the middle seat on the few flights they are still operating and requiring passengers to wear masks. Airports have also deployed the same social distancing requirements seen in city centres and supermarkets.

But Europe’s main airlines, including Air France-KLM, Lufthansa and the IAG group are wary about the upcoming EU guidelines. In a letter, sent by industry group A4E to ministers, they insist that “social distancing is neither necessary nor viable on board an aircraft”.

“Measures and regulations must be proportionate by reflecting the actual risk levels,” the letter adds but acknowledges that passengers must be guaranteed access to personal protective equipment, such as masks.

The letter adds that any coronavirus measures that are introduced should be temporary and paid for by the state, while biosafety precautions, such as taking the temperature of passengers, should only be conducted by qualified professionals.

Costs are top of most airlines’ worries at the moment. Lufthansa says that it is losing €1 million an hour due to lack of business, while others like Scandinavian and Norwegian have furloughed workers en masse.

IATA estimates that airlines have to hit 87% of filled capacity in order to break even. In most cases, blocking out the middle seat prevents companies from getting close to that target.

Ryanair CEO Michael O’Leary recently said that his company would not resume business if blocking the middle seat is made a compulsory requirement, warning it would ruin the Irish carrier’s business model.

O’Leary said in an interview that “the middle seat doesn’t deliver any social distancing, so it’s kind of an idiotic idea that doesn’t achieve anything anyway”.

According to health experts, people should maintain a distance of two metres in order to reduce the risk of viral infection. Given the size of modern aircraft cabins, passengers would have to be allotted roughly seven seats in order to have enough space.

That has not stopped other airlines from embracing the middle seat idea. Japan Airlines announced this week that all domestic flights would operate the policy through to the summer, while Ryanair rival easyJet says it is viable while demand is low.

Others like US flyers American Airlines JetBlue will require all passengers and crew to wear masks as of May. 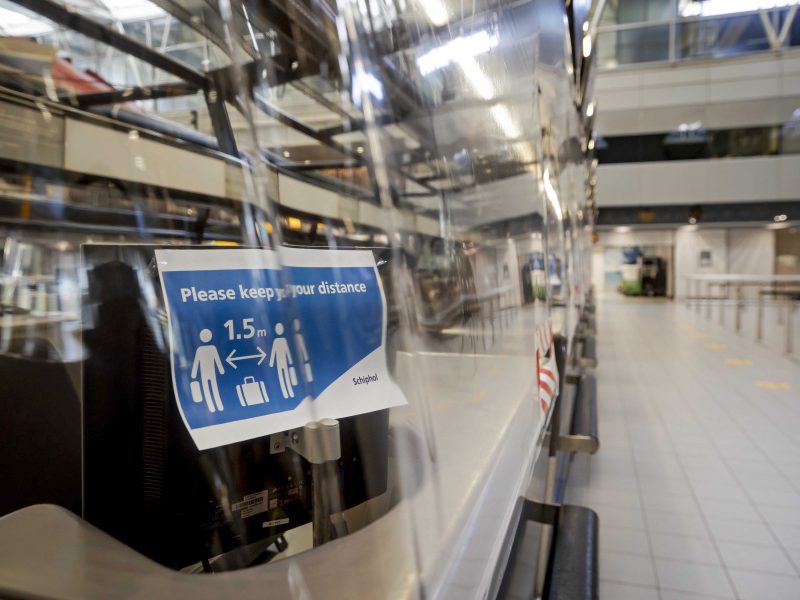 The European Commission will next month present a set of rules for the safe reopening of air travel when coronavirus lockdowns end, including social distancing in airports and planes, while some US airlines are taking their own protective measures.