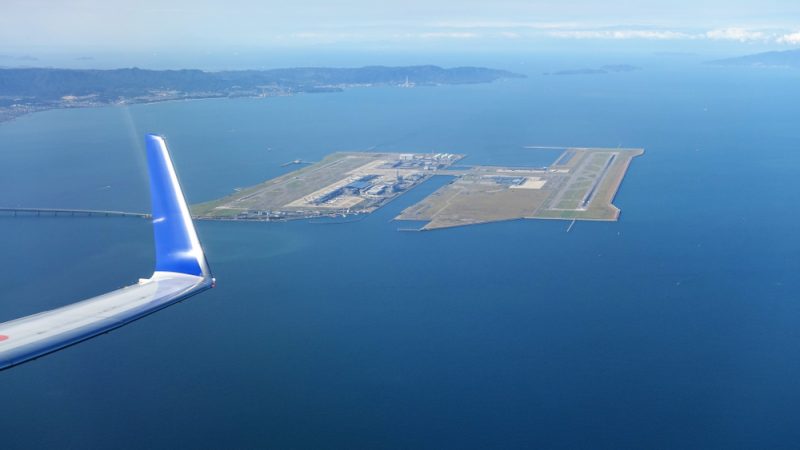 Osaka's Kansai Airport was flooded in September 2018 and is at particular risk because it is built on an artificial island. [Photo: Go_Legacy / Shutterstock]

Business-as-usual greenhouse gas emissions mean that a global sea-level rise of one metre is possible, according to the UN’s expert panel on climate change. Even sticking to the Paris Agreement’s lower-tier two degrees celsius temperature target risks a half-metre rise.

Coastal communities, animal habitats and even entire countries, like the Marshall Islands and Kiribati, could be wiped off the map as melting glaciers and sea ice increase the likelihood of flooding.

Infrastructure like ports, roads and rail would be affected, as well as airports, many of which are located near large bodies of waters away from built-up areas. The need to build on large, flat, open-spaces also makes them particularly vulnerable to changes in sea level.

According to data crunched by the World Resources Institute, 80 airports worldwide could be underwater if current trends continue. Forty-four might face the same fate even if global warming is curbed at two degrees.

In Europe, Amsterdam’s Schiphol Airport and Newcastle Aerodrome are among 23 hubs that could be underwater in a one-metre-rise scenario. Glasgow and Rotterdam’s airports are also at risk.

WRI used maps from Climate Central to compile its findings but it should be pointed out that the charts do not take into account flood defence systems, like those deployed extensively, and at great cost, by the Dutch government. 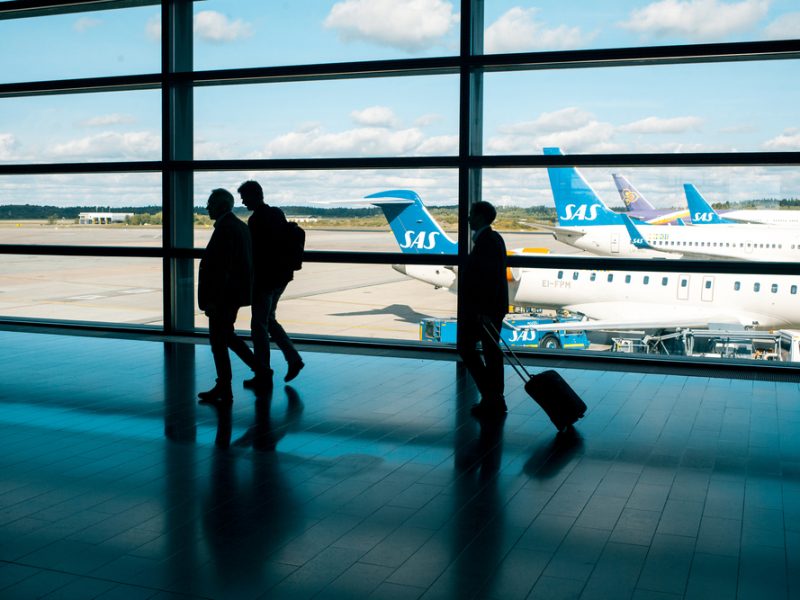 The price is right?

Airports around the world have already fallen foul of powerful weather events linked to climate change. In 2012, some of the busiest hubs on the US east coast were inundated by Hurricane Sandy, leading to an estimated $200 million in losses.

In 2018, Japan’s Kansai Airport near Osaka, which is built on an artificial island, was almost completely flooded because of a typhoon. Flights were cancelled for two days and planes were damaged by seawater.

But the issue of how to include climate damages or even the cost of inaction in policymaking is still a tricky one to solve. For national or regional lawmakers, the fact that the climate and weather do not respect boundaries plays a significant role in attributing responsibility.

At a Brussels climate event on 6 February, EU climate chief Frans Timmermans’ top adviser, Diederik Samsom, told EURACTIV that the new Commission wanted to put a price tag on inaction but “it wasn’t there and had to be dug out of an attic, and even then it was an old figure that was wrong”.

Samsom also acknowledged that “we don’t have the real estimate but it would be very helpful if we did. It will always be a very difficult exercise because it’s about a future that hasn’t happened yet.”

Experts at the EU executive’s climate directorate, DG CLIMA, are hard at work modelling the costs and impact of updating the bloc’s overall 2030 emissions reduction target. The Commission’s new Green Deal suggests a rise from 40% to 50-55%.

EURACTIV understands that climate damage estimates provided by the EU’s Joint Research Centre will be included in this round of modelling, although it is unclear how prominently they will feature in the exercise.

At the 6 February event, Eva Gladek, CEO of sustainability consultancy Metabolic, said that “more and more studies are coming out on the cost of inaction, although they are on a global level, not just Europe. They show costs that far outweigh investment costs.”

She also pointed out one of the difficulties in putting a hard figure on cost of inaction, namely, the loss of natural capital: “how do you put a figure on the loss of a species or loss of a million species? What is the value of the existence of tigers?”

The Commission is due to unveil its Climate Law on 4 March, so its proposal for a 2030 target increase might reveal what price it has indeed used.