By Sam Morgan | EURACTIV.com reporting from The Hague

Aviation accounts for 3% of EU emissions and its footprint is growing. [Photo: Shutterstock]

At a conference organised by the Dutch government, State Secretary for Finance Menno Snel and French MEP Karima Delli both urged the incoming EU executive not to shy away from aviation’s environmental impact but rather to make it one of its priorities.

Flying is responsible for 3% of the EU’s direct emissions and 2% of global output. If it were a country, it would rank in the top ten of emitters, according to EU statistics.

“The Commission should present an aviation package proposal, to include social and environmental issues, and include it in its work programme,” Delli, the current head of the Parliament’s transport committee, suggested.

Snel, who hosted the event, warned that “aviation is growing faster than any other transport mode” and reiterated his government’s position that taxes of some form should be part of the solution.

Jet fuel is currently tax-exempt under an international convention dating back to the 1940s but countries are starting to question the logic of the agreement. Snel explained that the convention does not necessarily exempt fuel loaded on a plane pre-departure.

A new report by the Commission revealed that a tax could cut emissions by 11% and generate revenues of €27 billion every year.

The Netherlands, Belgium, Luxembourg, France and Sweden are all in favour of action at EU level to “make aviation pay its fair share” but have acknowledged that agreements between countries look like an easier option.

“An EU-wide system would be more effective and create a level playing field,” Snel said, adding that current measures in place for heavy-goods vehicles could act as a blueprint.

In May, the Dutch government announced that it will start charging a €7 ticket levy per passenger in 2021 if there is no other agreement in the offing and will look at the feasibility of a fuel tax.

Swedish finance minister Magdalena Andersson revealed at the conference how her government had tried to tax flights in the past but that the efforts collapsed when the administration changed.

But after recently reintroducing the idea and surviving a no-confidence vote for her troubles, Andersson was this week able to secure parliamentary approval for a tax. She added that the majority of the public are in favour of it.

Indeed, Swedes are responsible for a new addition to the global vernacular: ‘flygskam’ literally means ‘flight shame’ and market analysts now think it could shake up the industry. As an indication, Sweden’s rail company sold 1.5 million more tickets in 2018 than the previous year.

Brune Poirson, France’s ecological transition state secretary, said via video link that France is open to a coalition of the willing on an aviation carbon tax. She added that reducing free permits under the emissions trading scheme should figure in new plans.

Poirson also acknowledged the gilets jaunes protest movement, which was largely provoked by hikes in fuel tax. “It makes no sense for the majority of citizens to pay taxes to commute while aviation is exempt.”

But the notion of taxes is not universally popular, particularly in the industry itself. Thursday’s conference did not accept requests from representatives of the sector to join the talks, which were mostly reserved for politicians and policy-makers.

“Europe needs to focus on funding research and development to support the new technologies that will be needed to deliver lower emissions,” François Bacchetta, country director for France and Italy at easyJet, said in a statement.

Air France executive Alain-Hervé Bernard also said that improving air traffic management should be a priority. “It is time for politicians to put their national differences aside and implement the Single European Sky for the sake of our climate, with the aim of reducing C02 emissions by 10%,” he said.

Delays have a negative impact on the environmental footprint of airlines and Air France reportedly suffered one million minutes of delay in 2018.

Efforts to change the way energy is taxed have come up short before. EU tax Commissioner Pierre Moscovici mentioned an attempt in 2011 to review the Energy Taxation Directive, which collapsed in 2015 after member states failed to support it.

Tax matters still require unanimity in the Council, although the Commission has recently proposed moving to qualified majority voting for things like environmental issues.

However, in a perhaps paradoxical move, Dutch and Swedish finance officials confirmed separately on Thursday that they are against abandoning national vetoes.

In addition to repeating his call for QMV to be adopted, Moscovici added that in the meantime countries can sign bilateral deals on intra-EU flights and that the Commission will be ready with guidelines on how to do it. 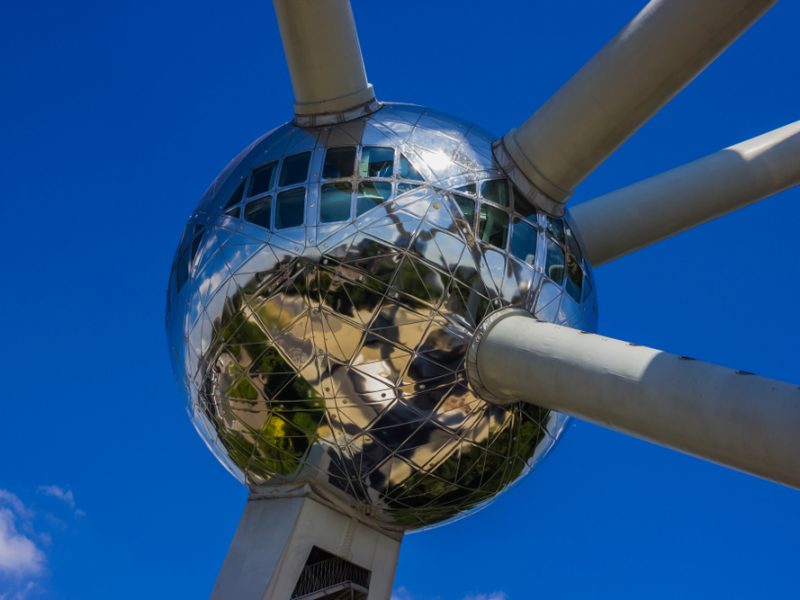 The French Commissioner also suggested that countries could try to amend agreements with third parties.

Whether aviation finds itself in the crosshairs of the next EU executive could well depend on who is appointed to head the Commission. EU leaders are currently deadlocked over who should get the nod.

Karima Delli acknowledged that taxation is “no silver bullet” and that the issue will need a “complementary approach”. But the French MEP, who was reelected in May, promised that she and the Parliament would at least make it a priority.