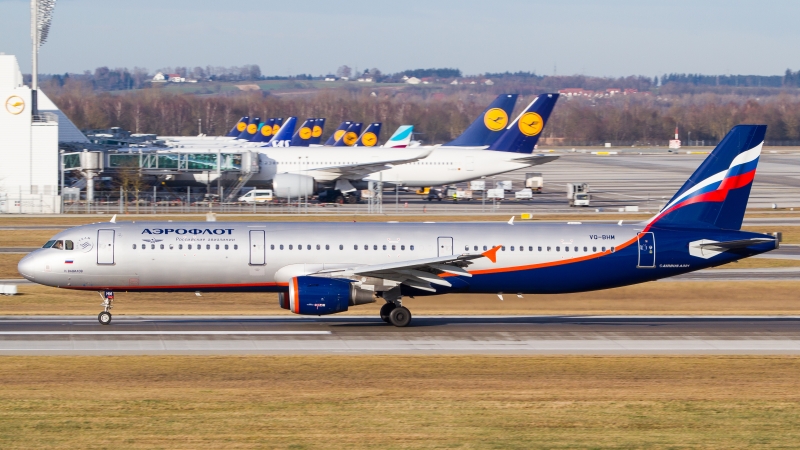 The Kremlin has curbed most EU countries’ access to Russian airspace, responding in kind to the EU ban. [Photofex_AUT / Shutterstock.com]

The Russian airspace ban saw some 50 daily flights operated by EU carriers to and from the country cancelled, with around 90 flights that would normally pass-through Russian airspace stopped or rerouted.

Since the start of the conflict, around 230 flights per day running between member states and Ukraine have also been halted.

The re-plotting of eastward routes to avoid Russian and Ukrainian airspace has significantly pushed up journey times and subsequent fuel costs for EU airlines.

As a result of the restrictions, a flight from Frankfurt to Beijing, for example, must now travel an extra 710 nautical miles to avoid prohibited airspace. A journey from Helsinki and Tokyo will need to fly an additional 2,137 nautical miles.

Flights to destinations in China, Japan, and Korea departing from the north of Europe face around an additional four hours in travel time, while travellers from the south of Europe can expect an extra two hours.

Much of the eastward bound air traffic from Europe must cross through Turkey and Kazakhstan, with concerns raised over the strain on national air traffic control from a sudden increase in crossing flights. There are reports that air traffic over Kazakhstan has tripled since the airspace restrictions came into effect.

Pan-European air traffic agency EUROCONTROL, which includes Turkey among its members, told EURACTIV that it is “working closely with air navigation service providers to ensure that rerouting can be handled safely and that an appropriate level of capacity is in place.”

“We have not experienced any significant capacity issues as a result,” the spokesperson said.

CANSO, a global body representing companies that provide air traffic control, said its members in Ukraine’s neighbouring countries are “ensuring that flights can continue by dealing with the change in traffic flows”.

“Safety is always the number one priority of all our members and will remain so throughout this crisis,” a spokesperson told EURACTIV.

“Our thoughts are with our colleagues in [Ukrainian air traffic services], as well as those who have been affected by this appalling conflict, and hope that peace is restored as soon as possible,” the spokesperson added.

The need for extra fuel to serve longer routes comes at an inopportune time for airlines. The oil price has soared since the conflict began, reaching over $100 per barrel – its highest level since 2014.

Whether this increase in operating costs will be passed on by airlines to consumers in the form of higher ticket prices remains to be seen.

According to a senior EU official, discussions are ongoing about providing potential support to domestic organisations affected by the sanctions, though airlines are not currently on the table.

While both Brussels and Moscow have imposed dualling airspace blockades, Russia’s connectivity is set to be more severely impacted, with around 300 flights flying to and from the EU by Russian operators daily now axed.

“What we can say is that in the bilateral market, meaning flights between Russia and the EU, both passengers and cargo, approximately 70% are Russian carriers,” a senior EU official said. However, while fewer EU-flagged aircraft land in Russia, they are more likely to overfly the country.

Those with dual citizenship of Russia and an EU member state remain subject to the airspace ban, as do private jets, a move aimed at curtailing the movement of Russia’s super-rich.

Under EU rules, diplomatic flights and humanitarian flights are permitted. The bloc may also allow Russia to send flights to repatriate citizens who find themselves stranded due to the rapid imposition of sanctions.

As part of the package of sanctions targeted at Moscow, EU leaders have additionally banned the export of goods and technology in the aviation and space industry to Russia and cut insurance coverage and maintenance services. The ban covers the sale of jetliners, spare parts, and equipment.

The EU’s multi-billion-euro aircraft leasing sector, primarily centred in Ireland, is set to cut leases with Moscow. It is understood that Dublin-based AerCap, the world’s largest aircraft leasing company, will attempt to recover some 152 aircraft from Russian airlines to comply with the sanctions.

Doing so would deal a major blow to Russian airlines, few of whom own jetliners outright. However, AerCap expects the recovery process to be extremely difficult, the Irish Times reports.

Additional airspace bans on Russian airlines by the United States, United Kingdom, and Canada have drastically curtailed the number of routes available to Russian carriers.

However, some airlines outside of the jurisdiction of the sanctions have seen an opportunity – Serbia’s national carrier, Air Serbia, has increased the number of daily journeys to Moscow, taking advantage of its position as an EU-adjacent carrier.

EU diplomats have encouraged Serbia to align with its sanctions against the Russian Federation, so far without success. 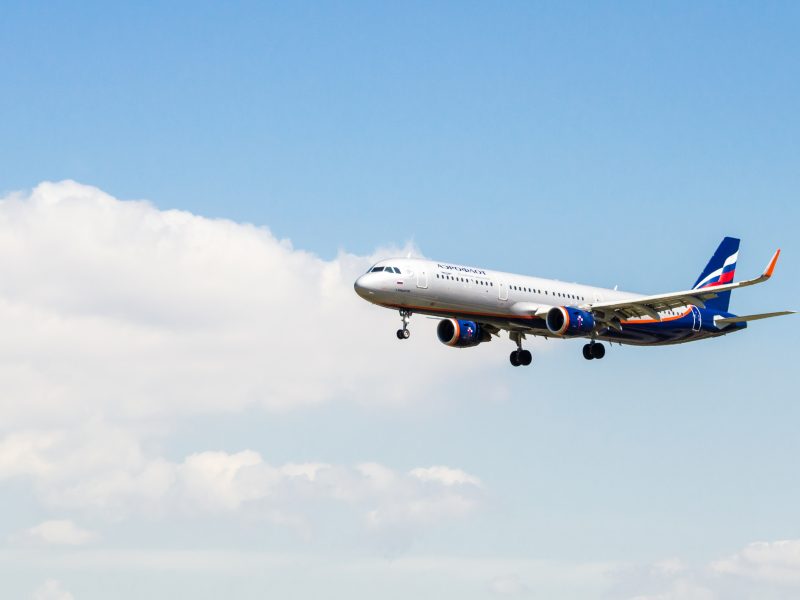