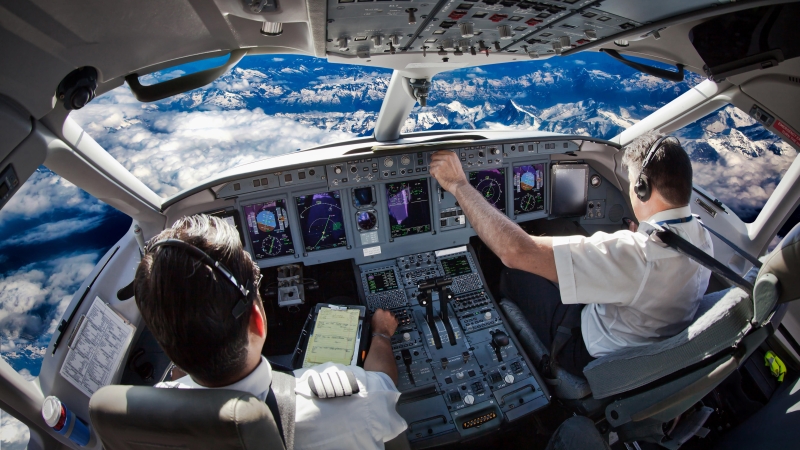 The UAV spent seven minutes in Croatian air space before crashing near a student dorm in the Jarun district of southwest Zagreb on Thursday night, damaging about 40 cars in a nearby car park, but injuring no one. [Skycolors / Shutterstock.com]

Improvements in automation technology may soon eliminate the need for a co-pilot in commercial flights, a disruptive development that has already sparked criticism from pilots and cabin crew groups on safety grounds.

Under current EU regulations, at least two pilots must be present within the cockpit of commercial flights. But new aircraft being developed by Airbus, the world’s largest aircraft manufacturer, are capable of a high degree of automation, reducing pilot workload.

Discussions are underway with EU regulatory authorities on whether the technology can be used to certify single pilot operations, either for certain portions of the journey, such as when cruising, or for the whole flight once the technology is mature.

“Since the beginning of commercial aviation, each successive generation of aircraft has become increasingly automated, and this automation has contributed to a step change in efficiency and safety,” an Airbus spokesperson told EURACTIV.

“The principle for our work in single pilot operations is that humans will make strategic decisions; autonomy is there to support, enabling pilots to focus less on aircraft operation and more on mission management,” the spokesperson added.

Under the former, one pilot would occupy the cockpit during non-critical portions of the flight, such as while cruising, while the other pilot rests. The pilots would then alternate with one another – a scenario likely to be used during ultra-long-haul flights.

Under the latter, only one pilot would be onboard, including during take-off and landing. In this scenario the plane would be empowered to fly itself during periods where the pilot was away from the cockpit, such as during toilet breaks.

Contacted by EURACTIV, EASA said the new concepts would only be approved if they provide an equivalent or higher level of safety to the two-pilot requirement currently in effect.

The regulator has identified several issues that it must be satisfied are solved prior to giving the green light.

These include dealing with a situation in which the pilot is incapacitated, verifying the technology’s ability to manage and correct errors, and addressing the potential for pilot fatigue.

“EASA, as a regulator, is challenging the EU industry to ensure that the level of safety of public air transport is constantly ensured, while acknowledging the need to explore new concept of operations linked to technological and human advancements,” Janet Northcote, a spokesperson for EASA, told EURACTIV.

In statements made in January and reported by Reuters, EASA head Patrick Ky expressed cautious optimism towards the potential of greater automation.

“It makes sense to say OK, instead of having two [pilots] in the cockpit, we can have one in the cockpit, the other one taking a rest, provided we’re implementing technical solutions which make sure that if the single one falls asleep or has any problem, there won’t be any unsafe conditions,” Ky told a German press briefing.

Pilot and cabin crew groups have come out strongly against any move to reduce staff levels, arguing that technology is unable to replace human creativity and problem solving in emergency situations.

“The most important question is whether flying with less pilots onboard can be done safely. For the time being, neither the regulators, nor the manufacturers, have shown this could improve flight safety,” Otjan de Bruijn, president of the European Cockpit Association (ECA), told EURACTIV.

“European pilots do not support reduced or single pilot operations during any phase of flight,” he added.

de Bruijn recalled an incident on a British Airways flight in 1990 during which the cockpit window broke, causing the pilot to be partially blown out of the aircraft. Cabin crew held the pilot for 20 minutes while the co-pilot safely landed the plane.

“Unthinkable? Not really. Pilot incapacitation, albeit usually less dramatic or sensational, happens once a month or more in most major aviation markets,” he said.

“In the future, no second pilot will be available to save the day. Manufacturers want to replace the second pilot with a ground operator, who will not provide the same level of safety as a human pilot onboard.”

The potential for a cyber-attack to disable an automated system was also raised by de Bruijn as a serious vulnerability.

“All in all, everything points in the direction of eliminating pilots from the cockpit as a purely commercially-driven goal, an effort to fly more at zero cost,” he said.

His views were echoed by Annette Groeneveld, president of the European Cabin Crew Association, who further argued that fewer airline staff would make it more difficult to detect potentially dangerous passengers and situations.

“Airlines have been trying to reduce crew and increase passenger seats on board of their aircraft for years. These developments are cost driven,” Groeneveld told EURACTIV.

“The fact of life is that safety on board of an aircraft is highly dependable on the human factor,” she added.