Shell has pulled out of a joint venture with British Airways and Velocys to build a flagship sustainable jet fuels plant in the UK – in a blow to Boris Johnson’s claims that Britain could deliver the world’s first zero-emission long-haul flight, reports EURACTIV’s media partner, The Guardian Environment.

The oil firm was named last year as one of the top companies set to “turbocharge government plans” for sustainable aviation fuels, the centrepiece of the so-called “jet zero” plan to decarbonise flights.

Shell said it would leave the Altalto project, to be built in Immingham, Humberside, days after the company agreed to join a project in Canada which plans to produce more than double the volume of green fuel from less than half the waste.

Shell’s departure was by mutual consent, and the project would continue “according to its existing development plan”, the three parties behind the project said. Immingham could begin supplying its first aviation fuel from non-recyclable household waste within five years.

But Shell’s decision to exit the UK’s burgeoning green fuels industry is likely to compound scepticism over Johnson’s promise that Britain would be in the “vanguard of green innovation” by pioneering zero-emission transatlantic flight.

The departure comes after a number of false starts for BA’s plans for UK production of sustainable fuels. The airline shelved a proposed waste-to-fuel factory in Thurrock, Essex, which was due to open in 2017, blaming a lack of government support.

“On this occasion, we have decided to focus our resources on other lower-carbon fuels opportunities which leverage our own technology. We will continue to work with the aviation industry and the UK government, as part of the jet zero council, to help decarbonise UK aviation,” he said.

Shell announced plans earlier this month to take a 40% interest in the Varennes Carbon Recycling project, the first waste-to-low-carbon-fuels plant in Quebec, which will use Montreal-based cleantech company Enerkem’s proprietary technology.

The pair plan to treat more than 200,000 tonnes of non-recyclable and wood waste annually to produce nearly 125m litres of low carbon fuels to help cut emissions from Canada’s transport industries. The UK’s Immingham Altalto project will use 500,000 tonnes of household and municipal waste to make 60m litres a year of higher-grade kerosene jet fuel.

Velocys and BA said they had been in talks for several months with other potential sources of finance for the project, which was well placed to achieve significant government funding.

BA’s parent company, IAG, was the first airline group to pledge that its operations would become net zero by 2050, albeit largely through offsetting. BA’s chief executive, Sean Doyle, said: “Sustainable aviation fuel is vital to the decarbonisation of aviation and to helping us achieve our net zero target. We are excited to continue to work with Velocys, with the support of government and other private-sector partners.”

Velocys said it was looking forward to moving to the next stage of development this year. The chief executive, Henrik Wareborn, said: “Altalto Immingham is ready to take advantage of the strong push from both government and industry for the decarbonisation of aviation, especially using waste feedstocks.”

While manufacturers have said that hybrid-electric, or even hydrogen, short-haul commercial passenger jets could be feasible by 2035, long-haul net zero flights, if possible, are assumed to depend on sustainable jet fuels. 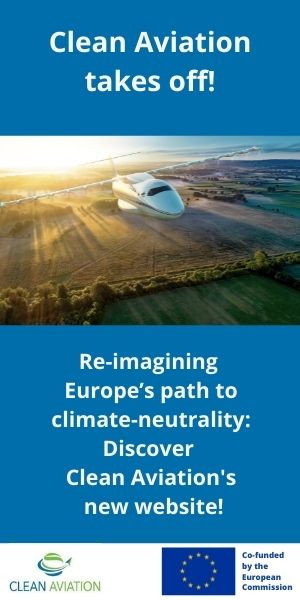