A jet-tax between willing countries might net more than €3bn per year. [Photo: Shutterstock]

Jet-fuel is not covered by the EU’s Energy Taxation Directive (ETD), a 15-year-old set of rules that also exempts maritime fuel from charges. Work is ongoing at the European Commission to update the legislation in mid-2021 but it faces one major hurdle.

Tax decisions must be approved by unanimous decision in the European Council, which casts severe doubt on the viability of an EU-wide levy. Peripheral countries that rely on air travel are sceptical of backing any cost-raising measures.

The idea of addressing aviation’s carbon footprint using financial tools does enjoy the support of some of the EU’s biggest-emitting countries, opening the door for a coalition of the willing to make the first move instead of waiting for a Brussels-led initiative that many never come.

Together they are responsible for more than 50% of the EU’s flight emissions – which make up more than 3% of the bloc’s total greenhouse gas output – and, despite the heavy body blow inflicted by the coronavirus on the sector, are still reportedly sticking to their guns.

Airline group IATA predicts that Europe’s airlines will lose $23 billion this year and up to 7 million jobs could be at risk. The industry has requested more than €30bn in aid as a result, some of which comes with green strings and has already been given regulatory approval.

According to a new tool developed by clean mobility group Transport & Environment, if Belgium, Denmark, France, Germany, Italy, Luxembourg, the Netherlands and Sweden, plus Finland and Spain, which have since indicated support for the idea, were to impose a €0.33 per litre tax on flights between their airports, it would generate €3.7bn every year.

Climate groups have urged any money raised by taxation to go straight into a pot that would be used to fund sustainable measures like improved rail links. Others want the money spent on R&D into low- and zero-emission flight.

But a kerosene tax even between the nine willing countries could be difficult to broker, as their 2019 statement suggested a number of pricing mechanisms like ticket taxes and ending VAT waivers.

It’s a similar situation when it comes to ending aviation’s free allocation of pollution permits under the EU’s carbon market. Although a large group of countries in favour is emerging, they differ on whether it should be a gradual, partial or immediate phase-out.

EU government leaders are currently divided over how to pay for the Commission’s proposed €750bn virus recovery fund, although after an e-summit last week they have at least come to an understanding about the “architecture” of the bailout programme.

The EU executive has suggested that the entire sum – which would be borrowed on the capital markets and repaid by 2058 at the latest – could be repaid using ‘own resources’ that would allow the institution to collect revenue.

Among the Commission’s range of proposals are ring-fenced emissions trading profits, cash generated by a planned carbon border tax and a plastic tax. They would provide revenues ranging between €6bn and €14bn each per year.

An EU-wide kerosene tax, which could be worth up to €27bn according to a recent study, was not included in the Commission’s official communication on the recovery fund but the idea of leveraging a levy of that type to repay mutualised debt has not been discounted.

EU climate chief Frans Timmermans told EURACTIV in late May that “looking into the possibility of taxing kerosene is certainly on our agenda. It is something I’ve been talking about for a number of years and it defies comprehension that all other fuel types are taxed and kerosene isn’t.”

“There are several difficulties when looking at this: the international situation, the IATA position, so it’s not exactly easy-going but I think we should continue to explore that,” he added.

“What would be done with the revenues from such a tax is another matter and an open matter. We have not taken any decisions either way but it is something that could be looked at at a later stage,” the Dutchman concluded.

The European Parliament’s senior leadership explicitly confirmed late last week that MEPs would not give their approval to the EU’s proposed budget if new own resources are not included in the agreement. Taxing kerosene is a popular idea among lawmakers. 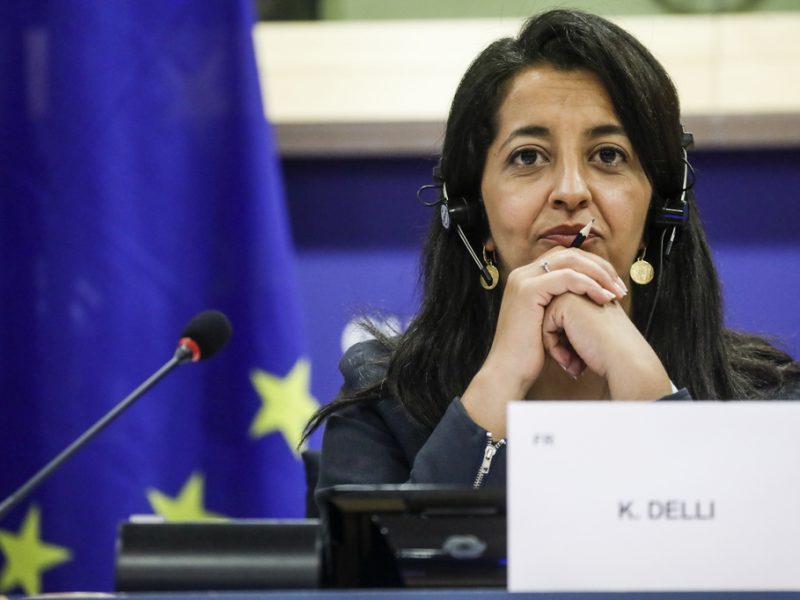 The airline industry is firmly against any sort of levy. In early March, Air France-KLM CEO Benjamin Smith urged governments to suspend any plans to impose new taxes or charges, citing the sector’s difficult financial circumstances.

“New taxes put extra pressure on us, for example in France and the Netherlands,” Smith told an aviation summit in Brussels, citing the French governments new eco-tax and Dutch plans to implement a €7 charge per passenger as of 2021.

“All these taxes are imposed in the name of sustainability but the money is not being earmarked for that. It’s not truthful, it’s deceptive,” the airline group boss insisted.