The Committee on Climate Change’s (CCC) chairman, Lord Deben, today (24 September) wrote to UK Transport Secretary Grant Schapps, following the government’s request for advice on how best to align its climate policies for international aviation and shipping (IAS) with the latest scientific advice.

IAS notably stood outside of the remit of the UK’s original Climate Change Act (2008) targets, but were added to its updated 2050 target earlier this year after green campaigners accused the government of “creative carbon accounting”.

Deben’s letter urges the government to align its forthcoming Aviation Strategy with a net-zero trajectory for 2050 and states that the policy framework should set longer-term targets than those currently detailed in the ICAO’s current carbon policy, CORSIA, which expires in 2035.

It also recommends that the Aviation Strategy should include measures to continually support the development of innovations to decarbonise the sector, such as electric planes and alternative fuels, alongside measures to limit airport expansions and the growth of demand for international flights to and from the UK.

Specifically, the document states that reaching net-zero will require the UK’s demand for international flights to rise by no more than 25% above current levels by 2050. This limit could be delivered, Deben states, through tax reforms and carbon pricing.

On airport expansion, Deben does not provide any numerical targets, but notes that “current planned additional airport capacity in London, including the third runway at Heathrow, is likely to leave at most very limited room for growth at non-London airports.”

While Heathrow’s sustainability strategy, Heathrow 2.0, sets out how the airport expansion will be carbon-neutral, critics have argued that the expansion is still incompatible with the UK’s required contributions to a 1.5C trajectory.

Responding to Deben’s recommendations on aviation, Jenny Bates, campaigner at Friends of the Earth, said the moves would prevent the Government from “hiding away from the climate disaster that is aviation expansion”. Friends of the Earth is notably legally challenging the government’s decision to back the Heathrow expansion.

“Expansion of airports, whether at Heathrow or anywhere else, simply can’t go ahead if we’re serious about a decent future for the planet,” Bates said.

“We welcome the recommendation to include aviation in the UK’s net-zero emissions target by 2050 and the call on the government to introduce policies that avoid competitive distortion,” Heathrow’s chief executive John Holland-Kaye countered.

“Heathrow will work with industry partners and the Government to ensure the UK leads the way in the development of sustainable fuels and continues to benefit from a thriving aviation sector while driving towards net-zero emissions.”

On shipping, Deben’s letter broadly urges Schapps and other ministers to ensure that future updates to the government’s Clean Maritime Plan align with the document’s commitment to “move [the UK] faster than other countries and faster than international standards” on decarbonisation.

The International Maritime Organisation’s (IMO) 2050 target is to halve CO2 emissions from 2008 levels – an ambition which has attracted the support of more than 170 nations.

Deben is urging the body to now put in place a package of policies to support this vision, including carbon pricing and financial support for research, development and deployment of low-carbon innovations, and calling for the consideration of a more ambitious target.

For the UK specifically, Deben’s letter praises the Clean Maritime Plan, while calling for it to be bolstered with policy frameworks to support zero-carbon fuels such as hydrogen, port infrastructure upgrades and greenhouse gas removal technologies. 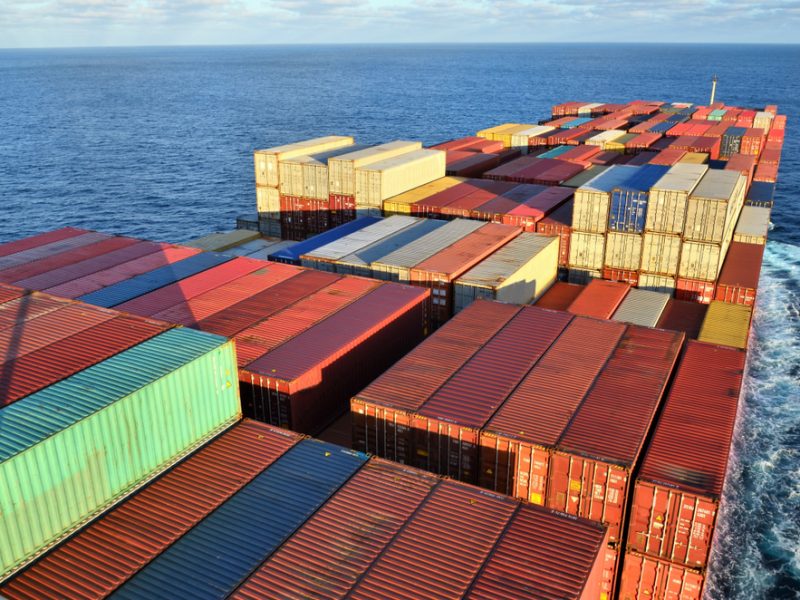 Mapping out various scenarios related to the uptake of low-carbon technologies across key sectors, the Committee on Climate Change (CCC) this year concluded that current technological solutions and stronger policy frameworks could enable the UK to reduce emissions by around 97% against a 1990 baseline.

The remaining 3% could be achieved by the scale-up of greenhouse gas removal technologies and hydrogen energy technology – both listed as a “necessity not an option” by the CCC, if the UK is to meet net-zero by 2050.