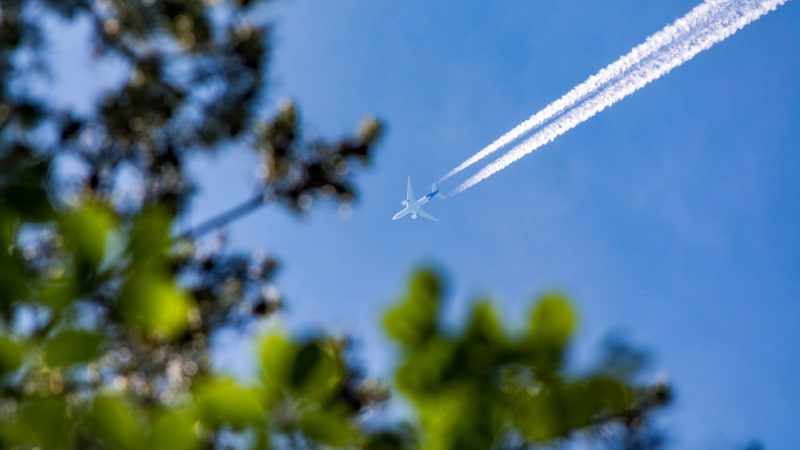 Old carbon-offsetting schemes will not be eligible for use under the UN's emissions plans. [Photo: Shutterstock]

At a meeting of the ICAO council in Montreal, delegates agreed that carbon-offset programmes – examples of which include reforestation and renewable energy projects – should only be eligible if they were set up after 2016.

The UN body had faced pressure from environmental groups to preclude offset programmes that do not have a proven track record of achieving real-world emissions reductions.

It means that carbon credits from just six approved-programmes will be accepted under ICAO’s Carbon Offsetting and Reduction Scheme for International Aviation (CORSIA), once the mechanism is up and running in 2021.

“At a time of extreme stress for the industry, aviation has stood by its commitment to grapple with the climate crisis even as it deals with the immediate tragedy of COVID-19. That is a demonstration of real leadership,” said the Environmental Defense Fund’s Annie Petsonk.

ICAO’s 193 members have agreed to an aspirational goal to make all aviation growth after 2020 carbon-neutral, by using CORSIA to compensate for extra emissions. The mechanism will debut in a scaled-down testing phase in 2021 and last until 2023.

But countries like Brazil, China and India wanted older projects included on the approved list in order to cash in on the upcoming surge in demand, particularly after CORSIA becomes mandatory for all ICAO members in 2027.

The UN’s own Clean Development Mechanism (CDM) – the world’s largest offsetting scheme that dates back to 1997’s Kyoto Protocol – will be eligible but billions of credits that fall under the programme will be discounted because of their age.

According to a 2016 report commissioned by the EU’s climate division, just 2% of the CDM’s credits have a “high likelihood” of delivering emission reductions in the real world. It concluded that CDM has “fundamental flaws in terms of overall environmental integrity”.

Gilles Dufrasne, an analyst at Carbon Market Watch, said the ICAO decision “falls short of the level of ambition needed” but acknowledged that the agreement is “better than nothing” and a step in the right direction.

“It shows that countries understand that we shouldn’t accept just anything and everything on the future carbon markets,” he said, adding that it “sends a clear warning against using credits from planting trees to offset pollution”.

The decision may yet prove influential in unlocking climate talks on carbon markets – the Paris Agreement’s problematic Article 6 – which were left unresolved after the COP25 summit in Madrid last year.

Andrew Murphy of clean mobility group Transport & Environment told EURACTIV that the ICAO development is “at best a stop-gap measure until parties to the Paris Agreement agree on a replacement to the Clean Development Mechanism”.

Airlines are struggling to cope with the impact of the coronavirus outbreak as flights have been cancelled en masse. Some carriers have already announced job layoffs and government aid is likely to be needed.

The reduction in air traffic – estimates say there has been a fall of 5% this month compared with March 2019 – means that CORSIA might have a greater impact in pricing aviation emissions, as 2019-2020 will be the baseline for the scheme.

Given that emissions are likely to be lower than they would have been in a coronavirus-free scenario, airlines will be obligated to spend more to neutralise their greenhouse gas output on the balance sheet.

Europe’s airlines – already reeling from the coronavirus outbreak – are expected to be hard hit by US President Donald Trump’s 11 March ban on flights from the Schengen area, which has already been criticised by EU heads as unilateral and disproportionate.

But the glut of carbon credits available for the 2021-2023 pilot phase suggests any virus-induced increase in spending is likely to amount to “peanuts”, according to Andrew Murphy.

“An increase in that small amount will have minimal impact on airlines,” he told EURACTIV. The large supply of credits means that carriers will only be on the hook for about $100m per year, Murphy said.

That does not mean that embattled airlines will not seek tweaks to the CORSIA framework though. The Environmental Defense Fund said revisiting the 2016 rules would be “a dangerous mistake” and expose the scheme to more wholesale changes.

Airlines are starting to circle the wagons, however. On Friday, carriers secured a waiver from the EU on airport slot allocations until July, which should put a stop to the phenomenon known as ‘ghost flights’.

Aviation bosses also want any new taxes on the sector put on ice while the industry struggles, EU passenger rights rules watered down and government intervention if or when it is needed.

UK airlines wrote to the British government on Monday, according to Sky News, to request £7.5bn in aid. Any bailouts will be subject to EU approval but the Commission is likely to be more lenient in its rulings because of the coronavirus outbreak.