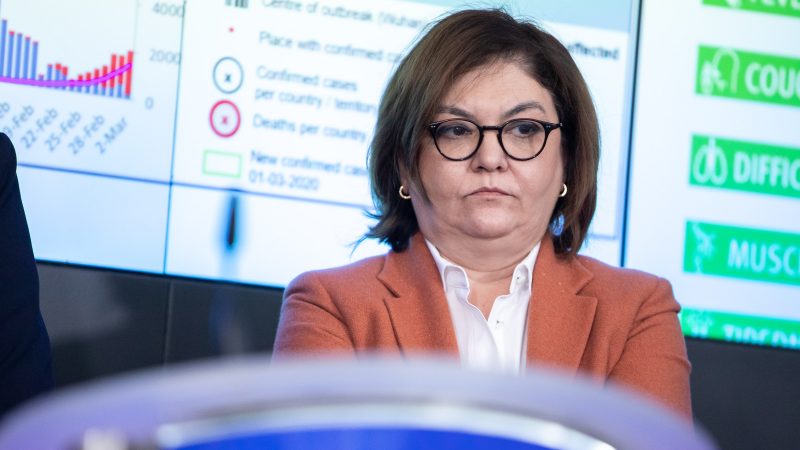 With the United Nations planning a 2021 launch of its scheme – known as CORSIA – some EU lawmakers and environmental groups want assurances that the European Commission will not remove aviation from the EU emissions trading system (ETS).

“CORSIA will not put the ETS at stake. It will not replace the ETS. It will complement the ETS,” Transport Commissioner Adina Vălean told lawmakers on Monday.

Flights between European countries are currently covered by the EU carbon market, which requires airlines to buy permits to cover some emissions from these trips.

UN aviation agency ICAO is in favour of the EU removing these flights from its carbon market so that CORSIA can be the only market-based measure tackling international aviation emissions.

The Commission has yet to lay out how the two systems will co-exist. Vălean said the institution would assess the best way for countries to comply with both “EU and international obligations”.

CORSIA plans to use a system of “offsetting” to cap emissions from international flights at 2020 levels. From 2021, airlines would have to buy carbon offset credits to cover any emissions above the 2020 baseline.

Critics say this would allow aviation emissions to keep rising, if airlines bought enough offset credits to cover the increase.

“As an offsetting scheme with a very weak target, the global aviation carbon market will not provide the price signal needed for airlines to clean up their act,” said Gilles Dufrasne, policy officer at Carbon Market Watch.

But Vălean said the UN scheme is “the only realistic option” to tackle emissions from international aviation – including from flights between EU and non-EU countries, that are not covered by the bloc’s carbon market. Without EU support, CORSIA could “fall to pieces,” she added.

“If the EU were to walk away from CORSIA, this would provide a pretext for some major global players to bury CORSIA, do nothing to reduce international emissions and set back international negotiations within ICAO by many years.”

Countries’ participation in CORSIA is voluntary until 2027, when it becomes mandatory. Countries including China and Russia have not yet confirmed they will take part in the optional phase.

Vălean also said that implementing the scheme will not stop the EU from pressing ahead with plans to review its carbon market in 2021.