Updates with reaction from the Commission

The International Civil Aviation Organisation (ICAO), a United Nations agency, decided on Friday (4 October) to press ahead with plans to make its emissions offsetting scheme the only global option available to its 193 member states, teeing up a potential dilemma regarding the EU’s own system.

EU delegates have been criticised for failing to raise meaningful objections to CORSIA, an instrument designed to force airlines to limit their environmental impact but which could put a dent in Europe’s own emissions trading scheme (ETS).

The ETS currently includes all flights that operate within the European Economic Area but precludes trips in and out of the catchment area. A new ICAO resolution now says that CORSIA should be the only global market-based measure applied to international flights.

ICAO explicitly wants to avoid duplicative counting of emissions but EU countries were asked by both the European Commission and Parliament ahead of the meeting to lodge a formal “reservation” when appropriate. Only verbal objections were made by transport officials.

Formal reservations act as legal touchtones for future disputes and court cases can cite them if needed. China and India both lodged reservations at the general assembly.

A Commission spokesperson reiterated after the assembly that the EU is committed to CORSIA’s implementation but that it should co-exist with the bloc’s own policies and efforts to meet the terms of the Paris Agreement.

The EU executive later insisted that “no state at ICAO put this into question, nor did any question the EU ETS. Therefore there was no need to file a formal reservation.”

That first point was refuted by clean mobility group Transport & Environment, who said that five countries actually insisted on CORSIA being the sole mechanism anywhere.

A Commission spokesperson added that “Finland on behalf of the EU reiterated its full support to CORSIA but also stated that we retain under the Chicago Convention our existing legal framework and policy space, and our ability to go beyond ICAO rules in light of the EU’s Paris Agreement commitments.”

The Commission also insisted that the ICAO resolution applies to global instruments not regional systems like the ETS.

But Dutch Green MEP Bas Eickhout told EURACTIV that “again, the EU doesn’t dare to draw the line at ICAO”, adding that the UN body is “not up to the [climate] task so the EU should continue with its regional approach”.

The EU reportedly failed to file a reservation because officials went to the Montreal meeting with a limited mandate, which sought to prevent the bloc’s members from kicking up too much of a fuss. The ICAO leadership is also up for renewal, which may have played a part.

CORSIA and the ETS differ in that the UN scheme requires airlines to make payments to offsetting schemes around the world, like forestry projects, while the ETS is a market-based mechanism tied to a carbon price that can go up and down.

Clean mobility group Transport & Environment released new analysis in September that suggests aviation emissions would increase by 683 million tonnes of CO2 over the next decade if the EU relies solely on CORSIA.

That figure is equivalent to the annual emissions of France and Poland combined.

“The UN offsetting scheme will allow airlines to go on growing their emissions while paying others for cheap offsets. In a world where every sector needs to reach zero emissions, the sums don’t add up,” said T&E expert Andrew Murphy.

However, the head of the International Air Transport Association (IATA), Alexandre de Juniac, said that “we need to implement CORSIA successfully. It’s essential to our promise of carbon-neutral growth.” IATA insists that offsetting could stimulate more than $40 billion in climate financing.

In 2021, CORSIA begins its voluntary phase, which all EU countries have agreed to join. India and Russia are notable absentees, while China has also soured on the idea. In 2016, 65 countries signed up for the demo and now the number has grown to 81.

The scheme is meant to be fully operational by 2027 and include all ICAO members. A review of the EU ETS is scheduled for 2024, when officials could decide to let the scheme revert to including all flights in, out and within the bloc.

Incoming Commission chief Ursula von der Leyen has tasked her transport Commissioner with tweaking the ETS before that point though, by extending it to shipping and cutting free emission permits for airlines.

ICAO member states also failed to adopt an aviation-specific emissions target for 2050 but did agree to look into what options are available. The results will be presented at the body’s next general assembly in 2022.

The Air Transport Action Group, which represents airlines and other industries, said it was “encouraged that there was clear support from governments meeting at ICAO to develop a UN-backed goal”.

However, IATA vice-president Paul Steele told the ICAO assembly that the meeting had been “unprecedented” and “a step backwards”. He added that “sadly, I think we are going to have to move faster than ICAO is going to be able to move” on environmental matters.

The European Commission said that “We are pleased with the agreement to prioritise ICAO’s work on a long term emissions reduction goal for aviation, which should be adopted by the next ICAO Assembly at the latest.”

International aviation and shipping have long been excluded from climate agreements but the UN bodies that have oversight, ICAO and the International Maritime Organisation (IMO), have faced pressure to set targets.

The IMO aims to cut emissions from its sector by 50% compared with 2008 levels by 2050 but critics already warn that no viable plan to do so has been drafted.

Aviation is responsible for roughly 2.5% of global carbon emissions, while shipping accounts for 2.2%. Both would feature in the top ten emitters if classed as countries. 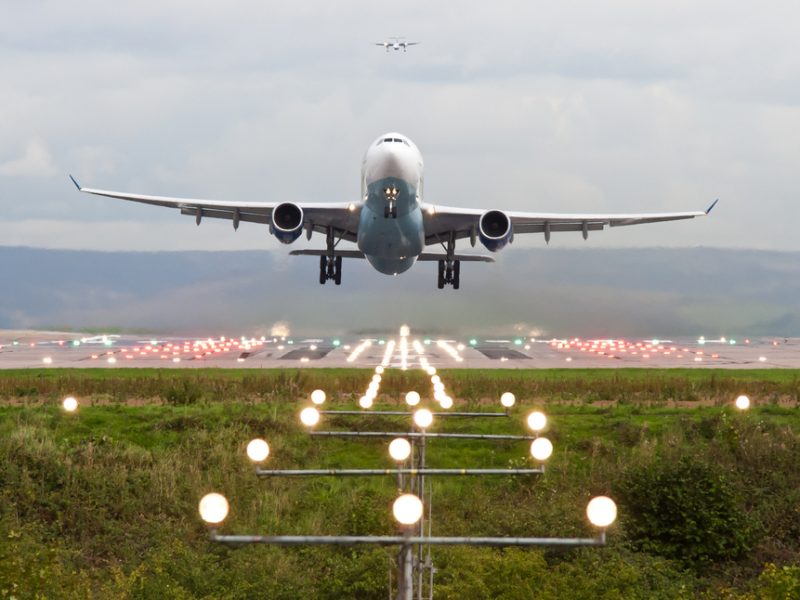