The world’s airlines made a joint pledge Monday (4 October) to reach “net zero” carbon emissions by 2050, as the aviation industry ramps up efforts to curb its contribution to global warming.

“For aviation, net zero is a bold, audacious commitment. But it is also a necessity,” Willie Walsh, director general of the International Air Transport Association (IATA), told top airline executives meeting in Boston.

“The important decision that we must make today will secure the freedom to fly for future generations.”

“Many in this room – individually or in groups – have already taken this step,” Walsh told the executives.

“For others, this will be an additional challenge at a very difficult time” with the industry hard hit by global effects of the coronavirus pandemic.

But for the association’s membership as a whole, “it will be a commitment behind which we must be united and determined to deliver on time,” he added.

“It is the right thing to do. And together, it is possible.”

IATA’s commitment is aligned with EU proposals tabled earlier this year that aim to halve the EU’s carbon emissions by the end of the decade before reaching net-zero by 2050.

The EU proposals include plans to scrap the tax-free status of kerosene, phasing out free CO2 permits for flights covered by the EU’s carbon market, and a mandate that jets refuelling at EU airports uplift a set percentage of sustainable aviation fuels (SAFs).

Proof of the industry’s good faith, Walsh assured, is that airlines “invested hundreds of billions of dollars in more fuel-efficient aircraft,” with fleet fuel efficiency improving by over 20% in a decade.

The dramatic tightening of the mid-century targets did not require a vote, in accordance with IATA statutes, but was adopted by consensus as no member raised a firm objection that would have blocked the move.

The meeting nevertheless saw Chinese airlines stress that the 2050 objective was inconsistent with the goal adopted by the government in Beijing, which aims for carbon neutrality by the year 2060. 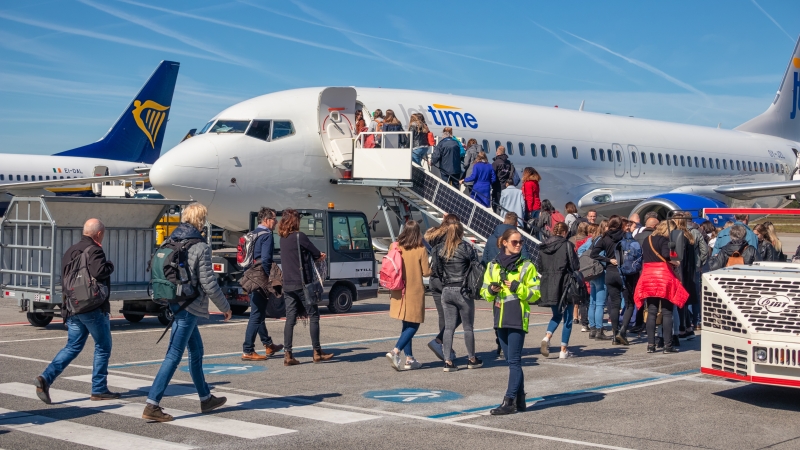