A majority of Europeans favour a tax on jet fuel 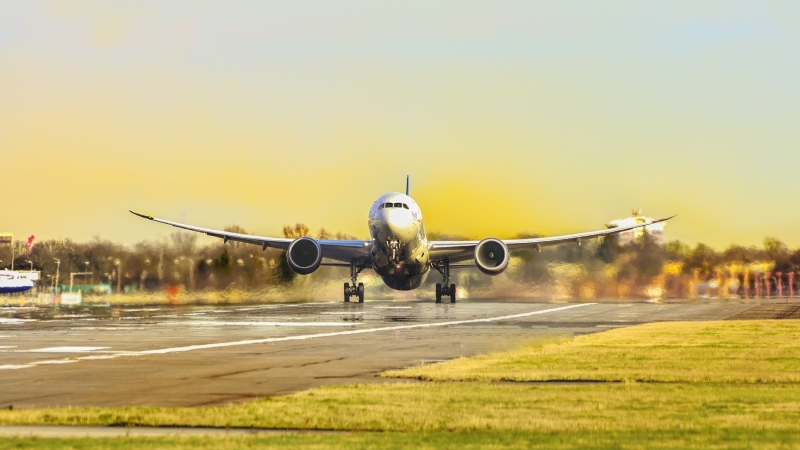 One of the biggest injustices in aviation is the tax exemption for the fuel planes burn, argues Green MEP Ciarán Cuffe. [Bilal EL-Daou/Pixabay]

A recent survey suggests that Europeans believe airlines should be required to pay tax on aviation fuel. The European Commission should heed the public and not the aviation lobby, writes Ciarán Cuffe.

Ciarán Cuffe is an Irish Member of the European Parliament affiliated with the Greens/EFA group. He is a member of the Parliament’s transport and energy committees.

On 14 July, the European Commission will publish its long awaited package that will hopefully set the EU on a path towards climate neutrality and a just transition, with social and environmental sustainability at its core.

This package, if delivered correctly, will be good for people, the planet, and business. No one is underestimating the scale of the challenge, but we need to be ambitious if we are to deliver on all these objectives.

The lethal heat waves we have seen in Pakistan and in Canada are not isolated events – they are becoming the norm because we continue to drag our heels on tackling climate change. The package represents an opportunity to reform many sectors for the better.

The transport sector is particularly problematic because its emissions have been growing over the past number of years.

Although aviation has been hit hard by the Covid-19 pandemic, it is not unique among transport operators. All modes have seen dramatic drops in passenger numbers.

Indeed, even factoring in the impact of the pandemic, aviation emissions are expected to grow between 220-290% by 2050 compared to 2015 levels.

This spells disaster for our climate. We cannot go back to business as usual in aviation.

The era of cheap €9.99 air fares must come to an end, not only because it is bad for the environment, but because it is often done on the back of precarious employment practices.

Announcements by Member State governments, including German proposals on a minimum price for an airline ticket, French moves to ban domestic flights where there is a rail alternative, or a similar government agreement with the national carrier in Austria are a clear recognition that aviation has a serious problem. It is even clearer when we consider that only about 1 in 10 people fly regularly.

One of the biggest injustices in aviation is the tax exemption for the fuel planes burn, an exemption provided for in the Energy Taxation Directive which is due to be revised as part of the July package.

While other transport modes typically pay for the fuel they use (not to mention citizens and businesses), aviation continues to receive special treatment despite its impact on the environmental.

It is not just CO2 emissions, but air and noise pollution, and the non-CO2 effects of aviation, which the European Aviation Safety Agency found warms the planet up to twice as much as carbon.

A recent report on lobbying by the industry shows how successful the sector has been in avoiding any kind of regulation that impinges on its right to pollute.

Despite acknowledging the unfolding climate crisis through public support for the 2050 climate neutrality target, many airlines have consistently lobbied against all of the measures that would help achieve this goal.

If these companies are against taxing the pollution they produce, against a stronger Emissions Trading Scheme, and against targets for sustainable aviation fuels, how else do they propose we reduce emissions?

Airlines favour carbon offsetting schemes, which allow them to continue polluting event though they have been repeatedly found to be largely ineffective.

It is high time that we ended tax benefits for polluters in the EU. Ending the tax exemption for jet fuel, and introducing an EU-wide tax rate for all flights departing and arriving into the EU is a matter of fairness.

The tax rate needs to be set at a rate that will incentivise decarbonisation and must come into force immediately if we are to tackle emissions.

Unfortunately, leaks this week from the European Commission suggest that it is planning to set the rate at zero from 2023, a rate that would increase gradually over a 10-year period.

While an end to the exemption is welcome, the Commission is in essence proposing to end the exemption in 2031. This is woefully inadequate and out of step with the public mood.

In a survey carried out by Ipsos in all twenty-seven Member States, 72% of respondents agreed that airlines should be required to pay tax on the fuel they use. In no country was the rate lower than 60%. Moreover, 68% supported linking taxation levels in transport to the impact the mode has on the environment.

This survey, and previous surveys before it, show that that the public fully support fair taxation in transport. They support a tax on jet fuel now, and not in 10 years’ time. When the Commission publishes its proposals on 14 July, it should heed the public, and not the aviation lobby.