Clean Aviation takes off on quest for green skies 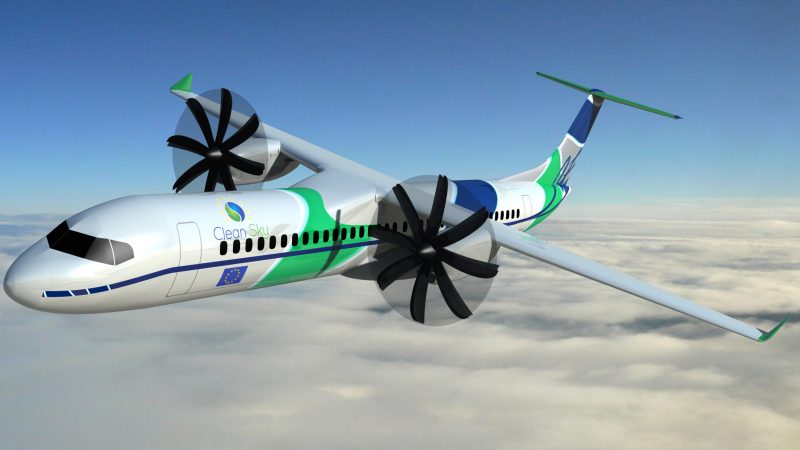 As one of ten new European partnerships between the European Union and industry, these public-private partnerships will speed up the transition towards a green, climate-neutral and digital Europe, and make the European industry more resilient and competitive. Under Horizon Europe, nearly €10 billion of funding will be provided by the European Commission, a sum which will be matched by at least the equivalent amount of investment by participating partners.

Aviation has an impressive track record in terms of efficiency and is now 80% more fuel-efficient than when mass travel first began in 1970.

Nevertheless, in pre-pandemic times, emissions from aviation continued to grow in absolute numbers, because, even though aircraft became more energy efficient year on year, the sheer number of aircraft in our skies increased by 4.5% each year. So although the aircraft in our skies are much cleaner than ever before, the aviation sector as a whole is still emitting unsustainable amounts of pollutants.

Aviation’s share of manmade CO2 emissions – while still modest – has risen to ~2.5% globally from around 2.0% in the early nineties. If no countermeasures are undertaken, this share will increase in the coming decades.

Overall, aviation emissions account for 3.8% of total CO2 emissions in Europe, however, taking non-CO2 effects – such as NOx – into account, aviation’s impact on global warming effects in Europe is considerably higher.

Clean Aviation aims to curb those effects and emissions with the development and demonstration of technologies for a totally new generation of aircraft. We are focusing on three main areas – thrusts if you will.

Hybrid-electric and full electric concepts will become very important for those regional connections of up to 1000km. Air vehicles operating in this range (including regional aircraft with a capacity of up to 100 seats) will be the first to benefit from an air transport system that will adopt hybrid-electric propulsion technologies and associated complementary solutions for reducing the environmental footprint of aviation.

Hydrogen in particular will be a game-changer for aviation, but effective hydrogen deployment will require a list of several new technologies and innovations to adapt to the specific needs of this energy carrier. For example, hydrogen requires more than three times the tank volume of kerosene, and liquid hydrogen must also be stored at temperatures of -253C.

The three thrusts will culminate in a new breed of regional, short-haul and short/medium-haul airliners which we anticipate being ready for commercial launch by 2030 followed by entry into service by 2035.

Why short-haul flights? Why not larger passenger aircraft?

Approximately 2/3 of emissions are produced on city-pairs and routes below 4000km in length, and 1/3 on flights of less than 1500 km alone. For this reason, the sustainable technologies developed within the new Clean Aviation partnership will target this highly relevant market sector and radically reduce emissions overall.

A ‘clean sheet’ aircraft design in the short/medium range segment can not only make a hugely positive contribution to reducing aviation’s climate impact, but these segments are also where the biggest opportunity lies. The roadmap aims to improve the energy efficiency of a new generation of short/medium-range aircraft by 30%.

Time is of the essence

The new aircraft developed as a result of Clean Aviation and Clean Sky is likely to constitute 75% of the world’s commercial airline fleet by 2050 and thus will have a major positive effect on aviation emissions and climate impact. In order to get to that figure by 2050, clean aircraft need to be entering the commercial fleet by no later than 2035.

We have no time to waste – rapid, revolutionary innovation is needed immediately if we are to reach that goal. Bold investment is needed to steer aviation firmly on a course towards climate neutrality by 2050.

Fortunately, we are not starting from scratch, thanks to the innovative technologies already developed as part of the Clean Sky programme.

Clean Sky is ongoing until 2024, and we are now entering the final delivery phase of this programme. This is possibly the most exciting stage in Clean Sky’s lifeline, as it is now that we can see the fruits of seven years of commitment from engineers and scientists throughout Europe. During the next two years, Clean Sky will deliver more than 100 demonstrators and more than 1000 technologies overall.

To discover our demonstrators and innovative technologies, we highly recommend you to visit our online stand, where you can get a taste of the work that Clean Sky is doing to foster sustainable aviation. You can also read about our results – for example, the MAESTRO project which is providing next-generation turboprop engines and propeller combination for small aircraft, and SHERLOC which is investigating the possibilities of a new technique called Structural Health Monitoring which uses sensors for monitoring, remote inspection and damage assessment.

The benefits of aviation are manifold: increased employment opportunities, connecting businesses, enabling us to visit relatives on the other side of the globe or to travel and expand our horizons. In 2019, 4.5 billion people were passengers on the world’s airlines, and nearly 88 million jobs existed thanks to aviation.

Looking to the future, we must retain the many socio-economic benefits that the aviation sector brings, whilst removing its unsustainable impact on the environment.

Our ultimate vision – a world where everyone can fly without worrying about their carbon footprint.