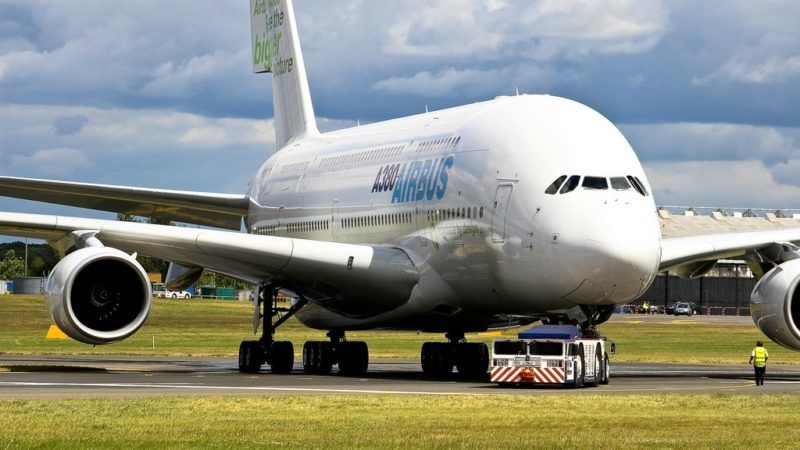 A less naive, more reactive, Europe must have a vision for the future of the aviation sector, taking into account the interests of all: aircraft manufacturers, airport platforms and airlines, writes Franck Proust.

A favourable wind blows today over the European continent. After all the fears spread by the populist and extremist discourses of the recent electoral campaigns, and despite uncertainties related to Brexit, Europe still stands strongly.

If our efforts must be focused on priority sectors, then air transport should definitely be one of them, as it contributes to more than €500bn a year to the European GDP and employs more than 9 million people. A less naive, more reactive, Europe must have a vision for the future of this sector, taking into account the interests of all: aircraft manufacturers, airport platforms and airlines.

During the annual State of the Union address to the European Parliament in Strasbourg this September 2017, European Commission President Jean-Claude Juncker argued for a Europe that protects and defends its citizens and devises appropriate means to achieve this objective.

It means investing while developing an ambitious European industrial policy. The aeronautic industry contributes to more than €110bn a year to European GDP and positively to our trade balance, with 80% of our production exported outside the EU. However, as the United-States, China and emerging countries move forward, Europe must extend its technological added value by supporting its research and innovation programmes.

Public-private partnerships, such as Clean Sky 1 and 2 about environmental commitment or SESAR about mobility and connectivity in Europe, are examples of sensible investments which improve the competitiveness of the European aviation sector. On the eve of the preparations for forthcoming European financial frameworks, scaling down European public contributions to these promising projects would be counterproductive.

To protect and defend also means to adapt our legal framework to the evolutions of the aviation sector so that we can effectively respond to the economic actors’ expectations. This is what the European Union has started to do with the revision of the 2004 regulation about the safeguard of competition in air transport, since this regulation has never been used in practice. It is clear that some foreign carriers do not respect the same rules as the ones we impose on our European companies, for example as regards State aid and subsidies. By providing tangible evidence of distortion cases, our European companies will be better protected from unfair international competition.

Within 20 years, air passenger numbers are expected to double and reach more than 7 billion air travellers according to a study by the International Air Transport Association (IATA). Air transport has hence a promising future ahead. Nonetheless, it goes without saying that the European institutions’ commitment towards this objective needs to go hand in hand with concrete results in terms of private investments and employment.

Let us be up to the expectations and challenges of our time in our legislative work at the European Parliament, by defending a win-win contract between public authorities and private actors in order to favour the emergence of worldwide European champions! The strategic independence of the European Union in the global aviation sector is at stake.