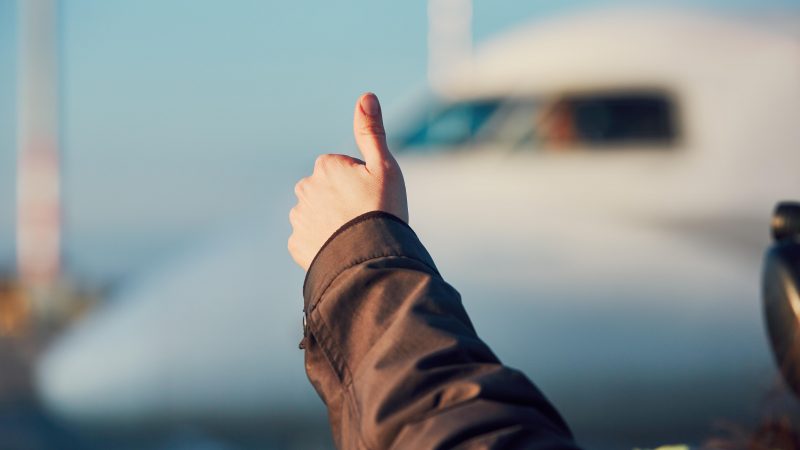 SAF mandate will help build back better with substantial benefits for climate and air quality.

We already know that Sustainable Aviation Fuel (SAF) provides cleaner alternatives to fossil fuels, achieving up to 80% reduction in lifecycle greenhouse gas (GHG) emissions compared to fossil jet fuels. But what is less well known is the fact that SAF also provides additional climate and public health benefits due to its purity and clean-burning properties.

Alex Menotti is the US Federal Affairs Manager of Neste.

In fact, SAF has near-zero sulfur and does not include “aromatic” components found in fossil jet fuels that disproportionately contribute to the environmental impact of jet fuel. With jet fuel including substantially higher amounts of sulfur than are currently allowed in ground transportation fuel (roughly 500 parts per million on average vs 10 parts per million for European road diesel fuel), SAF offers a significant opportunity to benefit the climate while clearing the air.

A substantial body of research has been developed in the last ten years demonstrating the local air quality benefits of using SAF. A recent synthesis of 51 emissions measurement campaigns sponsored by the U.S. National Academies of Sciences found that a 50% SAF blend with conventional jet fuel could reduce particulate emissions by up to 65% and oxides of sulfur by nearly 40%. These conventional emissions reductions are substantial, can be achieved with existing aircraft and infrastructure, and can be specifically targeted at communities adjacent to airports that have historically been disproportionately burdened with pollution.

Emerging scientific research indicates that the largest non-CO₂ contributor to aviation’s climate impact (and the largest total contributor as well) is from “contrail cirrus”–the warming that occurs from contrails formed by aviation exhaust plumes at high altitude and from additional cirrus clouds that are caused by contrails. CO₂ is the next largest contributor, followed by nitrogen oxide (NOₓ). The current “best estimate” from the most recent comprehensive study is that the climate impact from contrail cirrus is nearly twice the impact from CO₂.

Fortunately, there are opportunities to address non-CO₂ impacts from contrail cirrus that are synergistic with current efforts to reduce CO₂ emissions, with SAF reducing both impacts. In addition to the aforementioned local air quality benefits, recent research suggests that particulate matter reductions from SAF also translate to reduced contrail cirrus impacts. One recent study cited in the EASA report found that a 50% SAF blend would reduce contrail cirrus climate impacts by over 20%. An eventual shift to 100% SAF, as contemplated by Rolls Royce in their recent announcement, would reduce the climate impact of contrail cirrus by 50%.

In recognition of this emerging science, EASA has recommended further evaluation of several policy options to reduce non-CO₂ aviation climate impacts through use of SAF, including through consideration of a European-wide SAF mandate, noting this would offer a holistic “win-win” for climate and air quality. Given that the European Commission is already considering such a mandate to address the CO₂ impacts from aviation, these significant non-CO₂ and air quality benefits bolster the case for expedited consideration of a SAF mandate and other policy mechanisms, such as a credit multiplier under the Renewable Energy Directive, that recognize the unique climate and air quality benefits of SAF.

A mandatory use of SAF has many advantages, as SAF reduces SOₓ emissions, fuel life cycle CO₂ emissions, as well as particulate emissions, the latter of which contribute to both improved local air quality and reduced contrail cirrus climate impacts. In addition, as stated by the EASA report, mandatory use of SAF may lead to a small potential increase in aircraft fuel efficiency. These benefits are also noted in the new Sustainable and Smart Mobility Strategy, where the European Commission announced that it will consider EASA’s findings with regard to the non-CO₂ climate impacts of aviation. An EU-wide SAF mandate will help the aviation industry reduce CO₂, non-CO₂ and conventional air quality impacts, putting the industry on a sustainable growth path as it looks to recover and build-back-better.