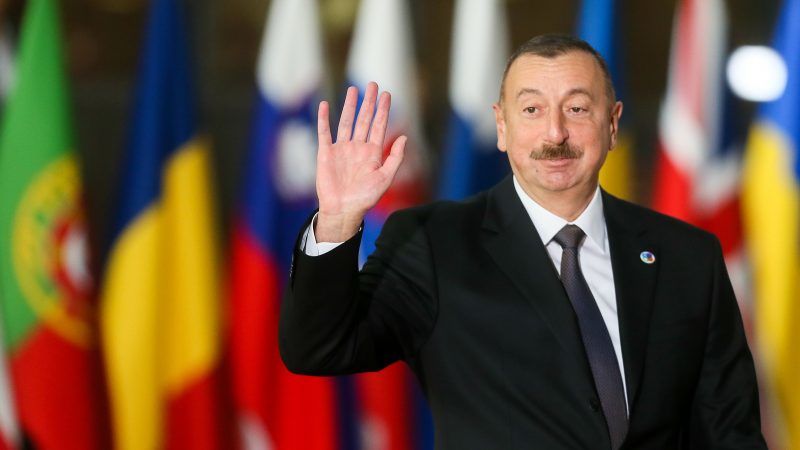 “Set the date of the election of the president of the Republic of Azerbaijan on 11 April,” Aliyev ordered in a decree posted on his website without providing an immediate explanation for the move.

The oil-rich country was initially set to hold the vote on 17 October and the decision to call early elections sparked strong criticism from opposition parties.

“The Aliyevs have been in power for some 45 years already and that contradicts the principles of a democratic republic,” the leader of the opposition Popular Front party, Ali Kerimli, told AFP.

The veteran politician said the decision to hold an early vote was aimed at shortening the election campaign and “hampering the opposition’s efforts to prevent vote rigging”.

Aliyev, 56, was first elected president in 2003, after the death of his father Heydar Aliyev, a former KGB officer and communist-era leader who had ruled Azerbaijan with an iron fist since 1993.

He was re-elected in 2008 and 2013 in polls that were denounced by opposition parties as rigged.

In 2009, Aliyev amended the country’s constitution so he could run for an unlimited number of presidential terms, in a move criticised by rights advocates who say he could become a president for life.

Furthermore, Azerbaijan adopted controversial constitutional amendments in 2016 to extend the president’s term in office to seven years from five.

The changes drew criticism from the Council of Europe constitutional law experts as “severely upsetting the balance of powers” and giving the president “unprecedented” authority.

The Azerbaijani government has faced strong international criticism for routinely harassing and jailing those opposed to Aliyev’s regime.

Aliyev has denied any rights abuses.

Azerbaijan is locked in a bitter dispute with Armenia over separatist Nagorny Karabakh region, which has been under Armenian control since it was seized during a bloody conflict in the early 1990s, after the break-up of the Soviet Union.

One response to “Azerbaijan calls snap presidential poll for April”