"The importance of Azerbaijan to the EU: What path to develop deeper relations?" [EURACTIV]

Following the Russia-negotiated peace in Nagorno-Karabakh in November, Azerbaijan signals it seeks EU-style reconciliation in the region based on economic projects, while a leading MEP replied democratic reforms should come first.

Azerbaijani ambassador to the bloc Fuad Isgandarov said he wants to cooperate with the Union to “create something unique in Southern Caucasus and to create a small pilot EU-similar project there.” He drew a parallel with how the EU was created, on the basis of a coal and steel union that evolved into a space for common values and deep political ties.

Speaking at a recent EURACTIV event, he said the EU, as “a peace model after the Second World War, could play an exceptional role in the processes of reconciliation and reconstruction in the entire region.”

However, MEP Marina Kaljurand, the chair of the European Parliament’s delegation for relations with the South Caucasus, said the key to EU-Azerbaijan relations “should develop based on democratic reforms, democratic institutions, and then comes economy.”

“I will say that it’s very much in the hands of Azerbaijan today,” she added.

The Estonian lawmaker and former foreign minister emphasised that amongst the partnership priorities that have been agreed between the EU and Azerbaijan “the first one is strengthening institutions and good governance.”

According to Kaljurand, “very much depends on the peaceful solution, or the future negotiations of Nagorno-Karabakh, we can’t avoid the elephant in the room.”

For the time being, the EU assistance to the region is of humanitarian nature.

The EU pledged an extra €10 million in humanitarian assistance for “comprehensive conflict transformation.”

Following the meeting, Borrell reiterated that the EU is “ready to use our peacebuilding and reconstruction tools to support” a durable settlement to the Nagorno Karabakh conflict.

For the past three years, Azerbaijan and the EU have been in negotiations to strike a new agreement that should replace a 1996 accord, but progress has been slow.

“Unfortunately, our trade partners in EU they’re mostly they’re thinking a little bit based on the metrics, very bureaucratic, while they’re not thinking strategically,” Isgandarov said.

“Azerbaijan is the country, which will provide this political, economical, democratic reforms in any case. With agreement without agreement with the European Union,” he added.

Borrell and Várhelyi will meet with the representatives of Azerbaijan on Friday (18 December) to take stock of the progress in negotiations.

Amanda Paul, senior analyst at the European Policy Center think tank in Brussels, described Azerbaijan as mainly a strategic partner for energy security for the EU.

The first Azerbaijani gas reached Italy via the newly constructed Trans-Adriatic Pipeline (TAP), the last stretch of the Southern gas corridor at the beginning of December. 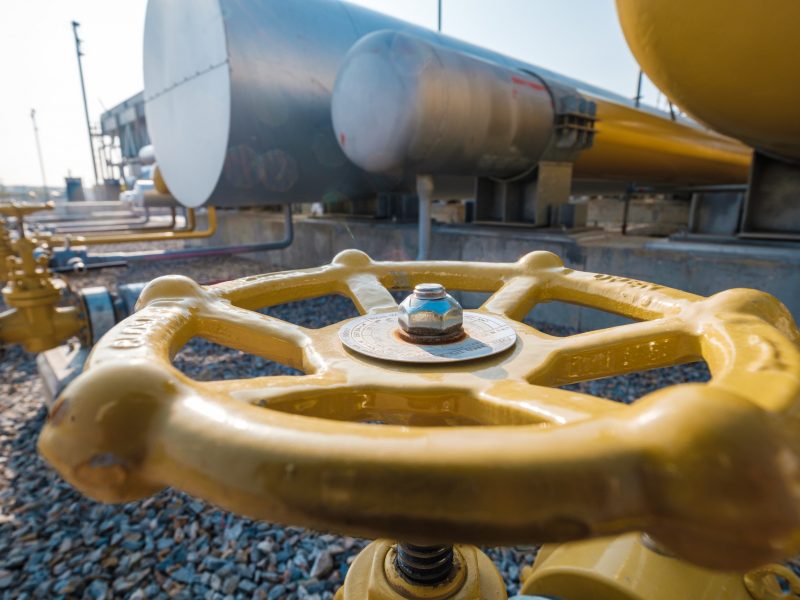 The European Commission welcomed on Friday (4 December) the start of the operations of the Trans-Adriatic Pipeline (TAP), the last stretch of the Southern gas corridor, thanks to which gas pumped from the Shah Deniz offshore gas field in Azerbaijan started reaching Italy.

“For the EU the key issue here is maintaining a secure and stable neighbourhood which doesn’t create threats for the EU itself or its member states,” Paul added.

The analyst said the Nagorno-Karabakh war significant “not only for the EU to become an important reconstruction and rehabilitation actor in the region but potentially, for a lot of foreign investors numerous new opportunities where the EU could become involved.”