The Assistant to the US President for National Security Affairs, John Bolton, arrived in Azerbaijan on Wednesday (24 October) as part of a tour which will also take him to Armenia and Georgia, in an effort described by commentators as an attempt to isolate Iran.

Bolton was in Russia on Tuesday against the backdrop of heavy tensions between Moscow and Washington. 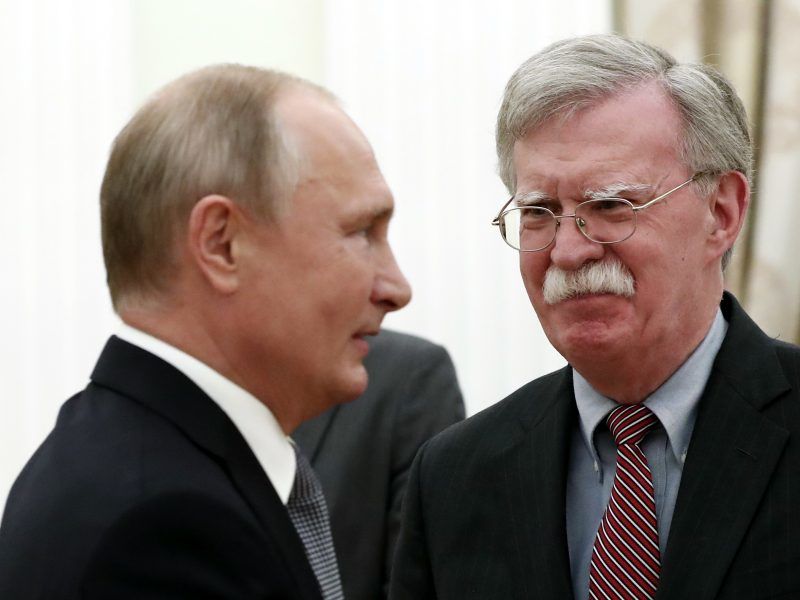 In Azerbaijan, he met with the country’s Foreign Minister Elmar Mammadyarov, who stressed that Azerbaijan closely cooperates with the US in several fields, particularly as part of the fight against terrorism.

Azerbaijan, a country rich in fossil fuels, seeks no affiliation to military or political blocs but is active and open to cooperation in fighting global threats. Mammadyarov thanked the US Government for its support to the projects implemented at the initiative of Azerbaijan.

The local press quoted Bolton as praising Azerbaijan’s contribution to the operations in Afghanistan, and saying that the US-Azerbaijani relations are of the strategic importance.

Reportedly, Mammadyarov informed Bolton about the negotiation process on the peaceful settlement of the Armenia-Azerbaijan Nagorno-Karabakh conflict, stressing that the current status-quo is “unacceptable and unsustainable”.

The Azeri minister, whom EURACTIV  interviewed at length last week, emphasised that in order to achieve a sustainable and peaceful solution to the conflict, the Armenian troops should first be withdrawn from all occupied territories of Azerbaijan and the people who were forced to flee these territories should return to their homeland. 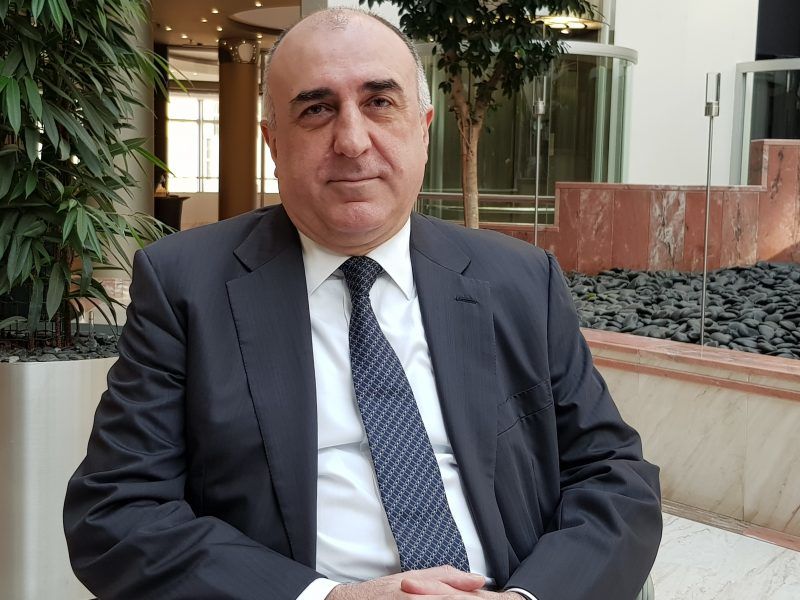 At the meeting, the sides discussed the energy, transit and transport projects implemented by the initiative of Azerbaijan, especially the Baku-Tbilisi-Kars railway and the Southern Gas Corridor.

Maintaining Azerbaijan’s active role in the international energy market is very important for the United States, Bolton was quoted as saying.

The Southern Gas Corridor (SGC) is supported both by the EU and the US. When completed in 2020, this will be the first time that the EU will be able to import non-Russian gas from the East.

However, SGC is not a real threat to Gazprom as it will bring only 10 billion cubic meters a year (bcm/y) of Azeri gas to Europe. In comparison, Gazprom expects its exports to Europe to amount to 199 bcm this year.

The sides also exchanged views on “issues of mutual interest”.

According to Eurasianet, in his Caucasus tour, Bolton is expected to focus on Iran, a country which the Trump administration is persistently attempting to isolate.

The website described Bolton as a longtime Iran hawk and a leading advocate in the administration for abandoning the Iran nuclear deal and reimposing sanctions on Tehran.

The relations of the three Caucasus countries with Iran are actually good. Especially in the case of Armenia, Iran provides a critical lifeline as its borders to the east (Azerbaijan) and west (Turkey) are closed, Eurasianet highlighted.

Zaur Shiriyev, a Baku-based analyst for the International Crisis Group, said the Azerbaijani side is reluctant to be seen in Iran as participating in US policy. “[This] could be misinterpreted by Tehran, and Baku doesn’t want to damage its bilateral relations with Iran”, Shiriyev said.

Eduard Abrahamyan, a London-based analyst of Armenia, said that from the perspective of Yerevan, “there is a genuine intention to balance Russia through proactive engagement with the United States on one side and with Iran on the other”. This, in his words, means “advancing Armenia-Iran strategic ties while being transparent with the US about the core intentions.”

Armenia is a member of the Russia-led Eurasian union and is entirely dependent militarily on Russia.